Psychology, Multiculturalism, and the study of Middle Eastern Mental Health Syndromes,[1][2]is an area of research that continues to grow in its scope and content in the United States and throughout the World today. Because the Internet is such a vast Melting Pot of information and study, this resource allows a most comprehensive and holistic approach to Mental Health and the study of those Issues. In 1998 the World Mental Health survey initiative[3] was conducted by the World Federation for Mental Health. The (WFMH) was originally created in 1948 and works in concert with the World Health Organization (WHO). The 1998 survey sought to help define and clarify Mental Health Issues across many societies.

To accurately evaluate and understand Mental Health issues of the Middle East one must take into account the geographic, historical, cultural, and social influences of that part of the world and it's citizenry. While each of the many countries one thinks of as the "Middle East" is unique in and of itself, there is a binding ethnic fabric that any student of this region must realize and account for. Firstly, the Middle East is the origin of many of the major religions of Mankind. Christianity, Judaism, Buddhism, Hinduism, and Islam, all began in this part of the world. Of these many religions, Islam has had the most lasting and culturally significant influence on the region, encompassing well over Ninety percent (90%) of the population by some measurements. The tenets of the Muslim Faith and its rigidity of purpose certainly have served as a guide and hindrance to the practices' of Mental Health Providers in the Middle East. There is an inherent conflict between ancient religious teachings and the modern day or "Western World" approach to the issues of Mental Health.

Mental health in the Middle East from the Pharaonic Era through the Islamic Renaissance, has a rich and complex history. During Pharaonic times, mental illness was not described as it is today, then Soma and Psyche were the terms used to define mental disorders and were described as problems of the heart and of uterine disease, as stated in Eber's and Kahoun's Papyri[4]. Mystical culture of that time was predominate, however mental disorders were treated on a somatic basis. In the Islamic era, mental clients did not endure any known forms of torture, nor were the ill ostracized; due to the belief that possession by a good Moslem genie was possible. The first mental hospital in Europe was located in Spain, as discussed by Author Paul Ghalioungui, following the Arab invasion, and from then expanded to the rest of the soon to be civilized European countries. The prevalence of anxiety, schizophrenia, depression, suicide, conversion disorders, and obsessive compulsive disorders were known and treated with some success.[5]

Morality and culture most likely arose from a collective choice of communal decisions to provide an accepted structure of living together. Geography, tradition, and the specific environment may have been most influential in these decisions. The development or evolution of a social milieu integrated with the culmination of culture. Cultural morality has provided a way of managing conflict within a societal group. Cultural morality and the required behaviors that are cooperative in nature and a cognizance of others within the group, ostracized unhealthy behaviors, and therefore encouraged emotions and actions beneficial to a society. These realized constructs provided an outlet and model of motivations and accepted actions within a social group.[6] In a 1992 study,[7]. Schwartz, Roccas and Sagiv, evaluated how priorities are displayed and altered by a "Social Experience,"[8] and how those priorities affected "behavioral orientation and choices."[9] The study surmised that the majority of cultures prioritize some "Ten Value Types: Self-determination, Stimulation, Hedonism, Achievement, Power, Security, Conformity, Tradition, Benevolence, and Universalism.[10] Among these there were values that culture's prioritize to varying degrees.

Schwartz Study helped develop his theory of specific types of values allowing varying cultures to be contrasted with one another. The data was collected from Forty Nine nations of the world was applied to a construct of Seven Value Types. This was done according to a society's specific priority of its communal value set. Schwartz, selected the Seven types of values based on their compatibilities and contradictions to one another. The value types were: "Conservatism vs.Autonomy," "Hierarchy vs. Egalitarianism," and "Mastery vs. Harmony."PDF[11] The value types were then used to examine cultures that were closely related to each other. The theory is based on cultural dimensions so that conclusions can be defined to a degree, while accounting for the entire society matrix. This theory has a significant influence on helping researchers assess the cultural implications of values on regional cultures. The research also found a correlation between geographical proximity and shared cultural values. Schwartz, attributed these relationships to the "shared history", religion, level of development, culture contact and other factors."[12] PDF[1] 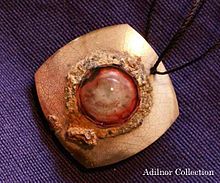 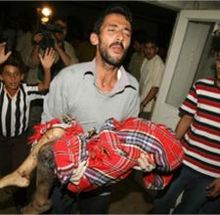 Depression In The Middle East

Depressionin the Middle East has been specifically studied at Namazi Hospital Shiraz, in Iran. In a 2006 study of Nurses depressive symptoms[26] were seen in almost Twenty-Seven percent (26.9%) of the individuals studied.[27] In this cross-sectional survey, depression prevalence of some 130 nurses was investigated by using a long form test item: the Twenty-One(21) question, Beck Depression Inventory.[28] This collection data also included individual interviews and follow up by the research team.

"Objective evaluation of the development of mental health and psychiatry in the past and planning of sustainable, realistic and improved systems for the future require knowledge of both the differences and similarities. In this context, the Middle East cuts across civilizations and cultures far greater than the geographical definition. Naturally, people and lands of such a vast area have as many differences as they have similarities, if not more. These differences are in areas of history, geography, economic conditions, art, culture, concepts of health and illness and the like. However, if one looks closely, there are also important unifying characteristics that one can use to group these peoples together as a mega entity. Of these, two seem to be most important. The first is religion. The region is the cradle of three of the most important religions practiced in the world today. These are Christianity, Islam and Judaism. Other faiths such as Manicheism and Zoroastrianism also started in this region and faiths like Buddhism and Hinduism have influenced it. All these religions have been important factors in shaping the way of life in the region. However, one religion, Islam, is part of the region’s common identity. Islam is not only the religion practiced by more than 90% of the people in the countries of the region, it is also a way of life that unlike some other religions has clear and earthly regulations for many aspects of the personal, family and social activities of believers. Needless to say, in different countries of the region, the national cultures and traditions have influenced the practice of Islam. However, it gives all of them a certain common identity in many spiritual and everyday aspects of life. The second is the opportunity for equal exposure to the intuitive, holistic philosophies of the East on the one hand, and the objective, pragmatic, fact-oriented philosophies and methodologies of the West on the other. This circumstance had both positive and negative effects. On the one hand, it has provided us with the possibility of looking at things from two different points of view; as parts of a whole, not understandable without understanding the whole, or as separate entities through which larger systems can be understood by analysis. On the other hand, it has confused us as to the real meaning and purpose of science and art and our place and role in nature and the universe."