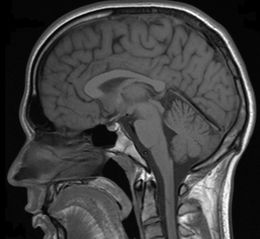 Neuroimaging can be a valuable tool in the diagnostic work-up of various psychiatric disorders including depression.[1]

Depression, one of the most commonly diagnosed psychiatric disorders,[2][3] is being diagnosed in increasing numbers in various segments of the population worldwide.[4][5] Depression in the United States alone affects 17.6 million Americans each year or 1 in 6 people. Depressed patients are at increased risk of type 2 diabetes, cardiovascular disease and suicide. Within the next twenty years depression is expected to become the second leading cause of disability worldwide and the leading cause in high-income nations, including the United States. In approximately 75% of completed suicides the individuals had seen a physician within the prior year before their death, 45%-66% within the prior month. Approximately 33% - 41% of those who completed suicide had contact with mental health services in the prior year, 20% within the prior month.[6][7][8][9][10]

There are many psychiatric and medical conditions that may mimic some or all of the symptoms of depression, or may occur comorbid to it.[11][12][13] A disorder either psychiatric or medical that shares symptoms and characteristics of another disorder, and may be the true cause of the presenting symptoms is known as a differential diagnosis.[14]

Many psychiatric disorders such as depression are diagnosed by allied health professionals with little or no medical training,[15] and are made on the basis of presenting symptoms without proper consideration of the underlying cause, adequate screening of differential diagnoses is often not conducted.[16][17][18][19][20][21] According to one study "non-medical mental health care providers may be at increased risk of not recognizing masked medical illnesses in their patients."[22]

Misdiagnosis or missed diagnoses may lead to lack of treatment or ineffective and potentially harmful treatment which may worsen the underlying causative disorder.[23][24] A conservative estimate is that 10% of all psychological symptoms may be due to medical reasons,[25] with the results of one study suggesting that about 50% of individuals with a serious mental illness "have general medical conditions that are largely undiagnosed and untreated and may cause or exacerbate psychiatric symptoms."[26][27]

In a case of misdiagnosed depression recounted in Newsweek, a writer received treatment for depression for years; during the last 10 years of her depression the symptoms worsened, resulting in multiple suicide attempts and psychiatric hospitalizations. When an MRI finally was performed it showed the presence of a tumor. She was however told by a neurologist that it was benign. After a worsening of symptoms, upon the second opinion of another neurologist, the tumor was removed. After the surgery she no longer suffered from "depression".[28]

"However, more recent studies have emphasized that a wider spectrum of neurologic syndromes may be the presenting extraintestinal manifestation of gluten sensitivity with or without intestinal pathology."[29]

"Because of the rapid rise of Lyme borreliosis nationwide and the need for antibiotic treatment to prevent severe neurologic damage, mental health professionals need to be aware of its possible psychiatric presentations.[35]

Between 1 and 4 million Americans are believed to have Chronic Fatigue Syndrome (CFS), yet only 50% have consulted a physician for symptoms of CFS. In addition individuals with CFS symptoms often have an undiagnosed medical or psychiatric disorder such as diabetes, thyroid disease or substance abuse. CFS, at one time considered to be psychosomatic in nature, is now considered to be a valid medical condition in which early diagnosis and treatment can aid in alleviating or completely resolving symptoms.[50] While frequently misdiagnosed as depression,[51] differences have been noted in rate of cerebral blood flow.[52]

CFS is underdiagnosed in more than 80% of the people who have it; at the same time, it is often misdiagnosed as depression.[53]

"Fructose and sorbitol reduced diet in subjects with fructose malabsorption does not only reduce gastrointestinal symptoms but also improves mood and early signs of depression."[56] 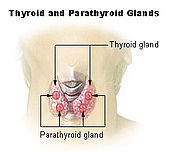 Tumors of the pituitary gland are fairly common in the general population with estimates ranging as high as 25%.[61] Most tumors are considered to be benign and are often an incidental finding discovered during autopsy or as of neuroimaging in which case they are dubbed "incidentalomas". Even in benign cases, pituitary tumors can affect cognitive, behavioral and emotional changes.[62][63] Pituitary microadenomas are smaller than 10 mm in diameter and are generally considered benign, yet the presence of a microadenoma has been positively identified as a risk factor for suicide.[64][65]

"... patients with pituitary disease were diagnosed and treated for depression and showed little response to the treatment for depression".[66]

In addition to pituitary tumors, tumors in various locations in the central nervous system may cause depressive symptoms and be misdiagnosed as depression.[28][68]

Post-concussion syndrome (PCS), is a set of symptoms that a person may experience for weeks, months, or occasionally years after a concussion with a prevalence rate of 38–80% in mild traumatic brain injuries, it may also occur in moderate and severe cases of traumatic brain injury.[69] A diagnosis may be made when symptoms resulting from concussion, depending on criteria, last for more than three to six months after the injury, in which case it is termed persistent postconcussive syndrome (PPCS).[70][71][72][73][74] In a study of the prevalence of post concussion syndrome symptoms in patients with depression utilizing the British Columbia Postconcussion Symptom Inventory: "Approximately 9 out of 10 patients with depression met liberal self-report criteria for a postconcussion syndrome and more than 5 out of 10 met conservative criteria for the diagnosis." These self reported rates were significantly higher than those obtained in a scheduled clinical interview. Normal controls have exhibited symptoms of PCS as well as those seeking psychological services. There is considerable debate over the diagnosis of PCS in part because of the medico-legal and thus monetary ramifications of receiving the diagnosis.[75]

Diagnostic differences between PBA and depression

Pseudobulbar affect (PBA) is an affective disinhibition syndrome that is largely unrecognized in clinical settings and thus often untreated due to ignorance of the clinical manifestations of the disorder; it may be misdiagnosed as depression.[76] It often occurs secondary to various neurodegenerative diseases such as amyotrophic lateral sclerosis, and also can result from head trauma. PBA is characterized by involuntary and inappropriate outbursts of laughter and/or crying. PBA has a high prevalence rate with estimates of 1.5 - 2 million cases in the United States alone.[77]

Various compounds have been shown to have neurotoxic effects many of which have been implicated as having a causal relationship in the development of depression.

There has been research which suggests a correlation between cigarette smoking and depression. The results of one recent study suggest that smoking cigarettes may have a direct causal effect on the development of depression.[78] There have been various studies done showing a positive link between smoking, suicidal ideation and suicide attempts.[79][80]

Monitoring of those taking medications which have shown a relationship with depression is often indicated, as well as the necessity of factoring in the use of such medications in the diagnostic process.[89]

"Misdiagnosed bipolar patients received inappropriate and costly treatment regimens involving overuse of antidepressants and underuse of potentially effective medications. ... It is recommended that steps be taken to minimize misdiagnosis in clinical settings."[94]

Nutrition plays a key role in every facet of maintaining proper physical and psychological wellbeing. Insufficient or inadeqaute nutrition can have a profound effect on mental health. The emerging field of Nutritional Neuroscience explores the various connections between diet, neurological functioning and mental health.