Social Work is a professional and academic discipline that seeks to improve the quality of life and wellbeing of an individual, group, or community by intervening through research, policy, community organizing, direct practice, and teaching on behalf of those afflicted with poverty or any real or perceived social injustices and violations of their human rights. Research is often focused on areas such as human development, social policy, public administration, program evaluation and international and community development. Social workers are organized into local, national, continental and international professional bodies. Social work, an interdisciplinary field, includes theories from economics, education, sociology, medicine, philosophy, politics, psychology.

Social Work has its roots in the social and economic upheaval wrought by the Industrial Revolution; in particular the struggle of society to deal with poverty and its resultant problems. Dealing with poverty was the main focus of early social work and therefore social work is intricately linked with the idea of charity work; but must now be understood in much broader terms. For instance it is not uncommon for modern social workers to find themselves dealing with the consequences arising from many other 'social problems' such as racism, sexism, homophobia, and age and physical/ mental ability discrimination. Modern social workers can be found helping to deal with the consequences of these, and many other social maladies, in all areas of the human services; and many other fields besides.

Whereas social work started on a more scientific footing aimed at controlling and reforming individuals; (at one stage supporting the notion that poverty was a disease) it has, in more recent times, adopted a more critical and holistic approach to understanding and intervening in social problems. This has lead, for example, to the re-conceptualisation of poverty as more a problem of the haves versus the have nots rather than its former status as a disease, illness, or moral defect in need of treatment. This also points to another historical development in the evolution of social work; evolving from a profession engaged more in social control to one more directed at social empowerment. That is not to say that modern social workers do not engage in social control (consider statutory child protection workers) and many, if not, most social workers would likely agree that this is an ongoing tension and debate.

The concept of charity goes back to ancient times, and the practice of providing for the poor has roots in many major ancient civilizations and world religions. 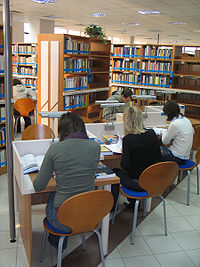 Social Work education begins in a systematised manner in higher educational institutes (universities, colleges etc.), but is also an ongoing process that occurs though research and in the workplace.

The International Federation of Social Workers states, of social work today, that

"social work bases its methodology on a systematic body of evidence-based knowledge derived from research and practice evaluation, including local and indigenous knowledge specific to its context. It recognizes the complexity of interactions between human beings and their environment, and the capacity of people both to be affected by and to alter the multiple influences upon them including bio-psychosocial factors. The social work profession draws on theories of human development, social theory and social systems to analyse complex situations and to facilitate individual, organizational, social and cultural changes."[1]

Professional social workers are generally considered those who hold a degree. Often these practitioners must also obtain a license or be professionally registered.

In a number of countries and jurisdictions, registration or licensure of people working as social workers is required and there are mandated qualifications.[2] In other places, a professional association sets academic and black requirements for admission to membership. The success of these professional bodies' efforts is demonstrated in the fact that these same requirements are recognized by employers as necessary for employment.[3]

By far the largest number of social workers are employed by local authorities and most of these are represented by the public sector union UNISON. Smaller numbers are members of Unite the union and the GMB (trade union). The British Union of Social Work Employees (BUSWE) has been a section of the Community (trade union) since 2008. In 2011 the British Association of Social Workers launched a trade union arm for the second time (it first tried this in 1976) called the Social Workers' Union but this body is not recognised by the TUC or by any employers.

Role of the professional

The main tasks of professional social workers can include a number of services such as case management (linking users/clients with agencies and programs that will meet their psychosocial needs - mainly common in US and UK), counseling & psychotherapy, human services management, social welfare policy analysis, policy and practice development, community organizing, international, social and community development, advocacy, teaching (in schools of social work), and social and political research.

These articles are supported by the Social Work WikiProject