This incomplete list is not intended to be exhaustive.

This is a list of current, widely held, false ideas and beliefs about notable topics which have been reported by reliable sources from around the world. Each has been discussed in published literature, as has its topic area (such as glass, and the misconception that glass is viscous) and the facts concerning it.

The First Thanksgiving (c. 1914) By Jean Leon Gerome Ferris. Many of the images depicted in this painting are erroneous or anachronistic. 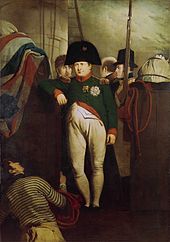 Napoleon on the Bellerophon, a painting of Napoleon I by Charles Lock Eastlake. Napoleon was taller than his nickname, The Little Corporal, suggests.

Roll-style Western sushi. Contrary to a popular myth, sushi can contain any number of raw ingredients, including vegetables and other non-meat products. 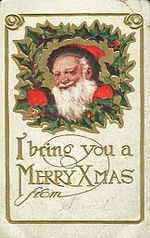 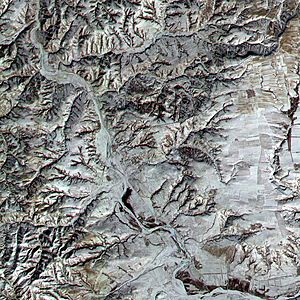 A satellite image of a section of the Great Wall of China, running diagonally from lower left to upper right (not to be confused with the much more prominent river running from upper left to lower right). The region pictured is 12 × 12 km (7.5 × 7.5 miles).

Bombus pratorum over an Echinacea purpurea inflorescence; a widespread myth holds that bumblebees should be incapable of flight. 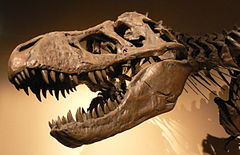 A reconstruction of Aegyptopithecus, a primate predating the split between the human and Old World monkey lineages in human evolution

An incorrect map of the tongue showing zones which taste bitter (1), sour (2), salty (3) and sweet (4). In reality, all zones can sense all tastes. 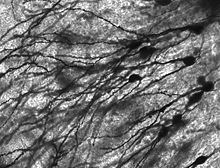 Golgi-stained neurons in human hippocampal tissue. It is commonly believed that humans will not grow new brain cells, but research has shown that some neurons can reform in humans. 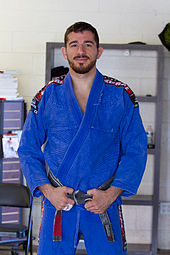 Marcos Torregrosa wearing a black belt with a red bar. In some martial arts, such as Brazillian Jiu Jitsu and Judo, red belts indicate a higher rank than black. In some cases, a solid red belt is reserved for the founder of the art, and in others, higher degrees of black belts are shown by red stripes.

Arise, shine, for your light has come, and the glory of the Lord has risen upon you. 2For behold, darkness shall cover the earth, and thick darkness the peoples; but the Lord will arise upon you, and his glory will be seen upon you. 3And nations shall come to your light, and kings to the brightness of your rising.

Three magi are supposed because three gifts are described, and artistic depictions of the nativity after about the year 900 almost always depict three magi.[346] Additionally, the wise men in the actual biblical narrative did not visit on the day Jesus was born, but they saw Jesus as a child, in a house as many as two years afterwards (Matthew  2:11).[347][348]