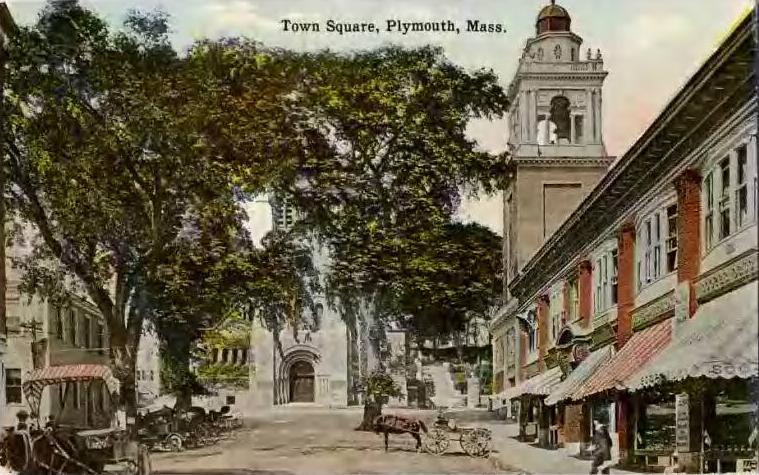 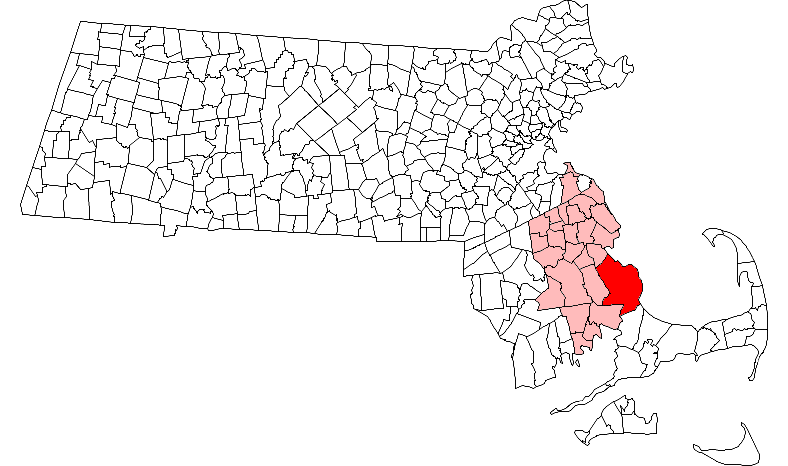 Plymouth (historically known as Plimouth and Plimoth) is a town in Plymouth County, , United States. It is the largest municipality in Massachusetts by area. [cite web|url=http://home.wickedlocal.com/article.aspx?id=9677&c=gplymouth|title=Plymouth History|accessdate=2007-09-13|publisher=WickedLocal Plymouth] The population was 51,701 at the 2000 census, with an estimated 2008 population of 58,379. [cite web|url=http://www.plymouth-ma.gov/Public_Documents/PlymouthMA_Planning/documents/Pop2008.pdf|title=Town of Plymouth Population Projections|accessdate=2008-03-21|publisher=Town of Plymouth] Plymouth is one of two s of Plymouth County, the other being Brockton.GR|6 It is named after , , England, which is, in turn, named for the mouth of the . [cite web|url=http://www.hblasalzburg-annahof.at/minf%20schuelerarbeiten/schoesswender_julia%204%20chl/Plymouth/plymouth.htm|title=Plymouth|accessdate=2007-08-10|publisher=Cornwall Guide]

Plymouth is best known for being the landing site of the "" and the . Founded in 1620, Plymouth is the oldest municipality in and one of the oldest in the United States.

Plymouth is located approximately 40 miles (63.4 kilometers) south of Boston in a region of Massachusetts known as the South Shore. Throughout the 19th century, the town thrived as a center of ropemaking, fishing, and shipping, and once held the world's largest ropemaking company, the . While it continues to be an active port, today the major industry of Plymouth is tourism.

Prior to the arrival of the Pilgrims, the location of Plymouth was a village of 2000 Wampanoag Native Americans called Patuxet. [, "", Simon & Schuster: New York, 1995, ISBN 0684818868, pp. 90-91] However, beginning in 1617 a great plague afflicted coastal New England. Likely transmitted from British and French fishermen to Indians on the shore, it killed between 90 and 95% of the local inhabitants. The near disappearance of the Wampanoag from the site not only left their cornfields and other cleared areas for the soon-to-arrive Pilgims to occupy, but also meant that the Indians were in no condition to resist the arrival of the colonists. [Loewen, 1995, pp. 80-86]

Plymouth has played an important role in American colonial history. It was the final landing site of the first voyage of the "", and the location of the original settlement of the . Plymouth was established in 1620 by the English settlers known as s who had broken away from the , believing that the Church had not completed the work of the . Today, these settlers are much better known as "," a term coined by . [cite web|url=http://pilgrims.net/plymouth/history/|title=Pilgrims: Plymouth Its History and People|accessdate=2007-07-14|publisher=Historical Reference Center]

The Mayflower first anchored in what would become the harbor of on November 11, 1620. The ship was headed for , but eventually reached .

Plymouth faced many difficulties during its first winter, the most notable being the risk of starvation and the lack of suitable shelter. From the beginning, the assistance of Indians was vital. One colonist's journal reports:

We marched to the place we called Cornhill, where we had found the corn before. At another place we had seen before, we dug and found some more corn, two or three baskets full, and a bag of beans....In all we had about ten bushels, which will be enough for seed. It is with God's help that we found this corn, for how else could we have done it, without meeting some Indians who might trouble us.

Along with ransacking the food stores of Indians, the colonists also raided the houses of the few Indians who had survived the plague, as well as robbing Indian graves.