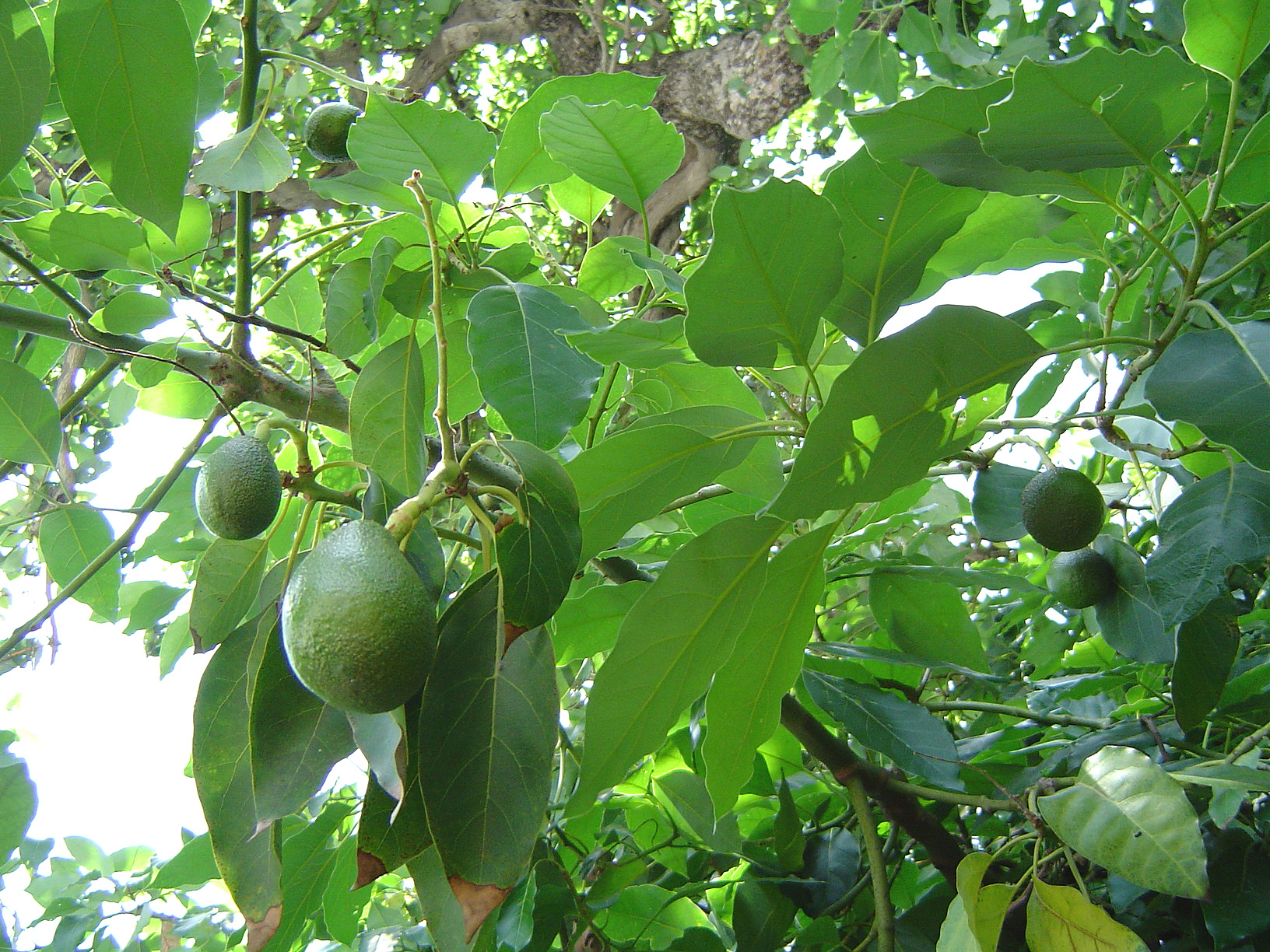 Avocados are a commercially valuable crop whose trees and fruit are cultivated in tropical climates throughout the world (and some temperate ones, such as ), producing a green-skinned, pear-shaped fruit that ripens after harvesting. Trees are partially self-pollinating and often are propagated through to maintain a predictable quality and quantity of the fruit.

"P. americana" has a long history of being cultivated in Central and South America; a water jar shaped like an avocado, dating to A.D. 900, was discovered in the pre-n city of

The word "avocado" comes from the Nahuatl word "āhuacatl" ("", a reference to the shape of the fruit). [ [http://www.etymonline.com/index.php?search=avocado Online Etymology Dictionary - Avocado] ] Historically avocados had a long-standing stigma as a sexual stimulant and were not purchased or consumed by any person wishing to preserve a chaste image. Avocados were known by the Aztecs as "the fertility fruit".

The tree grows to 20 s (65 ft), with alternately arranged leaves 12&ndash;25 centimetres long. The s are inconspicuous, greenish-yellow, 5&ndash;10 millimetres wide. The -shaped fruit is 7&ndash;20 centimetres long, weighs between 100 and 1000 grams, and has a large central , 5&ndash;6.4 centimeters long.