This is a list of acronyms, expressions, euphemisms, jargon, military slang, and sayings in common or formerly common use in the United States Marine Corps. Many of the words or phrases have varying levels of acceptance among different units or communities, and some also have varying levels of appropriateness (usually dependent on how senior the user is in rank). Many terms also have equivalents among other service branches that are not acceptable amongst Marines, but are comparable in meaning. Many acronyms and terms have come into common use from voice procedure use over communication channels, translated into the phonetic alphabet, or both. Many are or derive from nautical terms and other naval terminology. Most vehicles and aircraft have a formal acronym and/or an informal nickname, those are detailed in their own articles.

The scope of this list is to include words and phrases that are unique to or predominantly used by the Marine Corps or the United States Naval Service. For other military slang lists, see the "See also" section. 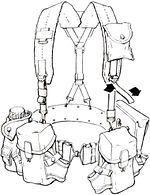 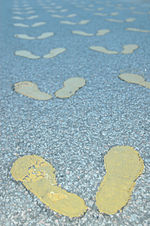 The first thing a recruit sees at boot camp 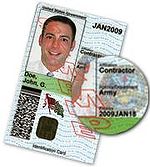 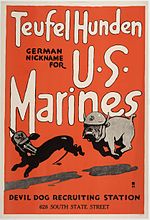 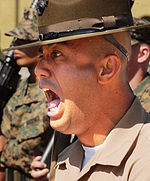 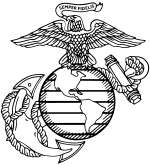 AH-1W Cobras at a FARP during Op Iraqi Freedom 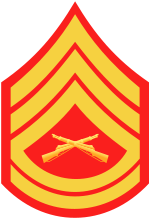 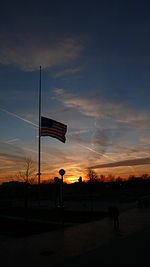 looking out the hell hole 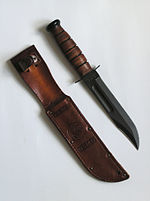 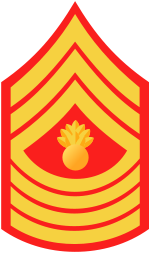 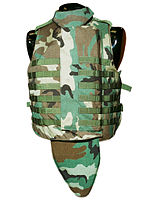 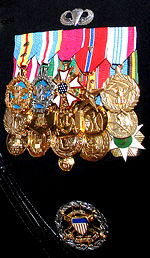 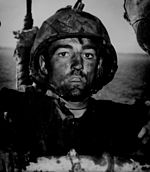