The following is a glossary of terms and concepts in Hinduism. The list consists of concepts that are derived from both Hinduism and Hindu tradition, which are expressed as words in Sanskrit as well as other languages of India. The main purpose of this list is to define the concept in one or two lines, to make it easy for one to find and pin down specific concepts, and to provide a guide to the concepts of Hinduism all in one place. 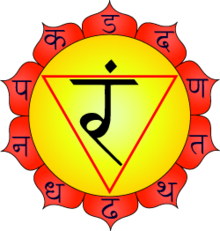