Antioch (formerly, East Antioch, Smith's Landing,[2] and Marshs Landing[3]) is a city in Contra Costa County, California. Located in the East Bay region of the San Francisco Bay Area along the San Joaquin-Sacramento River Delta, it is a suburb of San Francisco and Oakland. The city's population was 102,372 at the U.S. 2010 census.

Antioch is one of the oldest towns in California, having been founded in 1850. The year following the discovery of gold, there was a plague that over-took the city and wiped out most of the population.

The town was founded by two brothers, William and Joseph Smith, who named the town Smith’s Landing. In 1851, the town's new minister persuaded the residents to change the name of the town to Antioch, for the Biblical city of Antioch, Turkey.[4]

Around 1859, coal was discovered in several places in the hills south of Antioch and coal mining formed the first substantial business apart from farming and dairying by the inhabitants of this community. This new industry resulted in the founding of the towns of Nortonville, Somersville, Stewartsville, and Black Diamond (now Pittsburg, California), and added greatly to the economic activity of the Antioch area. The Empire Coal Company was formed by John C. Rouse and George Hawxhurst in 1876, which built a railroad that passed from Antioch toward the mines over what is now "F Street" (formerly Kimball Street). However, later on, both the mine and the railroad passed into the hands of the Belshaw brothers. The mines have long ago ceased operation, and the railroad tracks have been dug up, though the building that served as the Antioch terminus of the railroad still stands on the corner of F Street and Fourth Street, and the grading and trestles still remain much as they were in those early days.

In 1863, a great excitement arose over the discovery of copper ore near Antioch. Smelting works were built at Antioch, and a value of fifteen to twenty-five dollars per ton was paid for the ore, according to its quality. Unfortunately the copper bubble eventually burst, to the dismay of the citizens with connections. Petroleum was first drilled for near Antioch in 1865, but not enough oil was found to make a decent profit.

The Antioch Ledger was first issued on March 10, 1870, and in all its forty-seven years never missed an issue. In memory of when the paper was formed, a copy of its first issue has been framed and hangs over the desk of the present editor. It is five by eight inches in size, printed on one side only, and its sole news item is a report and editorial comment on women's suffrage meeting that had just been held in the town. The Ledger later merged with the Contra Costa Times and printed its last issue in 2005.[5]

During the mid 1950's the Fibreboard Research patented a method of applying wax coatings to cardboard containers that spawned the first milk, juice and ice cream containers hence making Antioch "the home of the milk carton".[6]

Today, Antioch is mainly a "bedroom" community, with most adults working in larger cities toward Oakland and San Francisco. The town has seen an enormous amount of growth in the last 30 years, as the population of the Bay Area continues to grow, and real estate prices force families to move towards the outskirts of the Bay Area.

In late 2009, Antioch received worldwide media attention following the news of kidnap victim Jaycee Lee Dugard being discovered alive there,[7] and became the focus of several news stories regarding its 122 registered sex offenders. The LA Times ran a story titled "Sex offenders move to Antioch area 'because they can'",[8] The Independent ran a story titled "How Jessica's Law turned Antioch into a phedophile ghetto",[9] and CNN's Anderson Cooper[10] and Larry King both did similar stories for television; the latter with commentary by TV judge Judy Sheindlin.[11] However, the Contra Costa Times and affiliated newspapers contradicted their claim: "Disturbing, if true. Only it's not, according to a Bay Area News Group analysis of sex offender addresses and census data." The report concluded that the 94509 zip code ranked only 39th in the state with 1.5 sex offenders per 1000 (k), with Oakland, San Francisco, San Jose, Bethel Island and Vallejo ZIP codes ranked in the top ten. Monte Rio ranked first with 4.5 per 1000.[12] 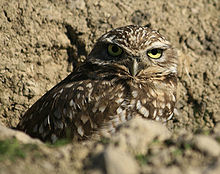 In late 2008, Western Burrowing Owls (Athene cunicularia) moved into a 25-acre (100,000 m2) housing development slated for construction called Blue Ridge, owned by Kiper Homes. In November 2009 the California Department of Fish & Game gave the developer permission to evict the owls before nesting season begins in February 2010. Eviction is controversial because the birds regularly reuse burrows for years, and there is no requirement that suitable new habitat be found for the owls. Despite being listed as a Species of Special Concern (a pre-listing category under the Endangered Species Act) by the California Department of Fish and Game in 1979, California's population declined 60% from the 1980s to the early 90's, and continues to decline at roughly 8% per year.[14] In 1994, the U.S. Fish and Wildlife Service nominated the Western Burrowing Owl as a Federal Category 2 candidate for listing as endangered or threatened, but loss of habitat continues due to development of the flat, grassy lands used by the owl. According to The Institute for Bird Populations at Point Reyes, there has been a 50 percent decline in burrowing owl populations in the Bay Area in the last 10 to 15 years. Their status protects them from disturbance during nesting season or killing at any time, but does not guarantee them a permanent home, as outside of breeding season, owls can be removed.[15] In November, 2009 local resident Scott Artis tallied 11 owls in the area, including four pairs. Antioch is the first East Bay city to designate habitat protected by deed for burrowing owls, since residents pushed for protections for those displaced by the community center at Prewett Park, said local resident Dee Vieira, who spearheaded the effort.[16] Despite organized protests at Kiper Homes' Blue Ridge property by Friends of East Bay Owls, one-way doors were installed in the birds' burrows so that the owl families could not return to their nests.[17] A 1992-93 survey reported no breeding burrowing owls in Napa, Marin, and San Francisco counties, and only a few in San Mateo and Sonoma. The Santa Clara County population is declining and restricted to a few breeding locations, leaving only Alameda, Contra Costa, and Solano counties as the remnant breeding range.[18] To assist the displaced Antioch owls in finding new homes a group of local residents and environmental group Friends of Marsh Creek Watershed constructed six artificial burrows at a designated burrowing owl habitat preserve in the hills north of Prewett Water Park.[19]

Sunset over Mt. Diablo as seen from Antioch

According to the Public Works Department of Antioch, Antioch is home to 31 parks covering a total of 310 acres (1.3 km²) with an additional 600 acres (2.4 km²) of city-owned open space. It also has 11 miles (18 km) of walking paths connecting communities to parks and schools.

Within its boundaries it has Contra Loma Regional Park, the Antioch/Oakley Regional Shoreline and Black Diamond Mines Regional Park, and the Mokelumne Coast to Crest Trail and Delta de Anza Regional Trail. According to the East Bay Regional Parks District, these three parks take up 6,493 acres (26.28 km2); approximately 38% of Antioch’s total land mass.

Just outside Antioch’s city limit is the 2,024 acres (8.19 km2) Round Valley Regional Preserve.

Established in 1980, Antioch Dunes National Wildlife Refuge was the first national wildlife refuge in the country established for the purpose of protecting endangered plants and insects.[20] It is located on the south shore of the San Joaquin River in Antioch.

The city has a municipal marina,[21] along with other private marinas, boatyards, and yacht clubs. There is a public fishing pier in town, and another out near the Antioch Bridge.

There is fishing in the San Joaquin River along the Antioch/Oakley Regional Shoreline, located just upstream from Highway 160's Antioch Bridge (also known as Nejedly Bridge).

There were 29,338 households out of which 46.3% had children under the age of 18 living with them, 60.3% were married couples living together, 13.5% had a female householder with no husband present, and 21.0% were non-families. 15.9% of all households were made up of individuals and 5.4% had someone living alone who was 65 years of age or older. The average household size was 3.07 and the average family size was 3.42.

According to the City's 2009 Comprehensive Annual Financial Report,[27] the top employers in the city are:

Commercial airports serving this area are:

Other nearby airports serving private aircraft are: 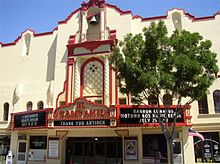 The historic El Campanil Theatre [28] opened on November 1, 1928 in downtown Antioch. It now presents a wide variety of entertainment opportunities including Classic Films, Live Theatre, Concerts, Symphony, Ballet, Comedy and is host to numerous local dance and community based organizations such as the Antioch Rivertown Theatre Group.

Arts and Cultural Foundation of Antioch

Run by the Antioch Historical Society [3], the museum is located in the Riverview Union High School Building. This high school was the first high school constructed in Contra Costa County. It houses moving historical exhibits and offers tours of the grounds.

The Lynn House Gallery [29] houses exhibits throughout the year, with an emphasis on providing opportunities for local artists.

Rivertown Art Center is housed in a historic bank building built in 1923. It is administered by the Arts & Cultural Foundation of Antioch and was created to allow local artists additional opportunities to exhibit their art and to conduct art classes.

The ESPACE Academy [4] is located within Deer Valley High School and includes a planetarium.

The city is protected by Contra Costa Fire and the Antioch Police Department.

The Antioch Library of the Contra Costa County Library is located in Antioch, across the street from Antioch Middle School.[30]

Antioch, CA is served by the Antioch Press,[31] published by Brentwood Press & Publishing Corporation. Antioch Press is a weekly newspaper that is published every Friday. The current circulation is just over 4,000.