i/iːˈdaɪnə/ ee-dy-nə) is a city in Hennepin County, Minnesota, United States, and a first-ring suburb situated immediately southwest of Minneapolis. Edina began as a small farming and milling community in the 1860s. The population was 47,941 at the 2010 census.[1]

According to the United States Census Bureau, the city has a total area of 16.0 square miles (41 km2). 15.7 square miles (41 km2) of it is land and 0.3 square miles (0.78 km2) of it (1.87%) is water. Residential areas comprise the largest portion of the City, which is now more than 95 percent developed. Within Edina are many different neighborhoods, including Highlands, Indian Hills, Viking Hills, Morningside, Country Club District, Cahill Village, Chapel Hill, South Harriet Park, Interlachen, Rolling Green, Sunnyslope, White Oaks, Parkwood Knolls, Dewey Hill and Hilldale.

There were 20,996 households out of which 26.5% had children under the age of 18 living with them, 53.8% were married couples living together, 5.8% had a female householder with no husband present, and 38.7% were non-families. 34.0% of all households were made up of individuals and 18.5% had someone living alone who was 65 years of age or older. The average household size was 2.24 and the average family size was 2.91.

Edina began as part of Richfield Township, Minnesota. In the 1850s, 17 families, most of them immigrating as a result of the potato famine in Ireland, came to Minnesota and claimed land in the southwest section of what was then Richfield Township. They were followed by English and Scottish farmers, who claimed additional land near Minnehaha Creek. The Baird and Grimes and Country Club Districts (both which are listed on the National Register of Historic Places), are located in the northeast part of Edina and were among the first areas to be established.

In 1888, the residents of the township held a meeting to consider founding a new village, thus separating themselves from Richfield Township. The idea was favorably accepted by those within the community and a committee was established to oversee the transition.

After the decision was made to form a new village, a debate ensued regarding the naming of the new village. Several town meetings were held in the Minnehaha Grange Hall, during which the names "Hennepin Park", "Westfield" and "Edina" were suggested. Minutes taken by Henry F. Brown, a farmer and future owner (1889) of the Edina Mill, are summarized as follows:[4]

At the next meeting, the name Edina was finally chosen with a vote of 47 for and 42 against.

There has been a prevailing myth about the decision to name the new village Edina, which states that two opposing communities—the Irish Cahill community and the Scottish Mill community fought about whether to give the community an Irish Name (Killarney Lakes) or a Scottish name (Edina). The 1860 census, however, indicates that there were no Scottish people in Edina in 1860, and only a couple were present at the time of Edina's founding (1888).

Ruins of Edina Mill next to Minnehaha Creek

The first suburban development in Edina occurred during the early 1900s in Morningside, a neighborhood in the northeastern part of the village. As Morningside grew, conflict arose between its residents, who wanted more city services, and the residents of the rest of the village, who wanted to maintain Edina's rural character. As a result of that conflict, Morningside seceded from Edina in 1920 and became a separate village. In 1966, however, the Village of Morningside once again became part of Edina.

Today, many of the street names in Edina are named after families whose farms once occupied that area, for example: Grimes Avenue, Code Avenue, Gleason (Gleeson) Road, Cooper Avenue and Wyman Avenue.

Edina has a reputation for being one of the most affluent suburbs of Minneapolis.[5] Edina citizens are considered wealthy (e.g. median household income for 1999 in Edina was $66,019,[6] compared to $37,974 for Minneapolis and $47,111 for the state of Minnesota),[7] which led to the once derogatory term of "cake eaters" (a reference to the "Let them eat cake" quote misattributed to Marie Antoinette). The term is now largely used in jest in regional sports rivalries. Such usage can be seen, for example, in the Disney film, The Mighty Ducks, in which the term is used in reference to the Adam Banks character. Up until the 1960s, the name "cake eater" had been attributed to the Washburn (Minneapolis) Millers, a high school located in a prosperous neighborhood of nearby Minneapolis. Additionally, popular culture in Minnesota references that Edina is an acronym for the phrase "Every Day I Need Attention" once again referencing the stereotypical Edina resident as somewhat wealthy and aloof.

Edina is home to some billionaires, most notably Richard M. Schulze and the late Carl Pohlad.[8][9]

Most of Edina is in Independent School District (ISD) 273, which serves children primarily from Edina. There are approximately 7500 K-12 students served by 1139 teachers and support staff in six elementary schools (Grades K-5), two middle schools (Grades 6–9), and one senior high school (Grades 10–12). The district administrative offices are located at the Edina Community Center.

There are three private schools in Edina. Our Lady of Grace (OLG), which is a Catholic school that serves students from kindergarten through eighth grade, St. Peters Lutheran School, and Calvin Christian School.

Edina is home to the headquarters of salon chains Regis Corporation (owner of Regis Salons, Supercuts, TGF Haircutters, and Great Clips),[12][13] and of Dairy Queen and Orange Julius.[14][15]

Edina has numerous retail shopping centers, including Southdale Center.[16][17] Other shopping centers include Yorktown, Centennial Lakes Plaza, and the Galleria which has a collection of unique local shops, favorite specialty stores and distinct dining wrapped within a sophisticated, relaxed atmosphere. The city shares another thriving commercial area at West 50th Street and France Avenue South with Minneapolis, known as "50th & France".

Edina has only municipal liquor stores; no other liquor stores are allowed. Edina maintains three liquor stores, which are located at 50th & France, Southdale (York Ave.), and Vernon & Interlachen Blvd.

There are two hotels in Edina: the Residence Inn by Marriott which is adjacent to Edinborough Park, and the Westin Edina Galleria Hotel & Residences[18] at 69th Street and York Avenue. A 7-story Aloft hotel is to be built by Starwood Hotels and Resorts, near Highway 100 and 77th Street, by the year 2018.[19] The lack of hotels in Edina dates back to the early 1930s when Edina was still officially a "dry" city. There are several hotels in a region several blocks north of I-494; this area was once part of Edina. After successful petitioning, the area was annexed to Bloomington, which allowed alcohol sales at the time.

According to the city's 2009 Comprehensive Annual Financial Report,[20] the largest employers in the city are:

Besides overseeing the parks, the Edina Park and Recreation Department is also responsible for the operation of 10 facilities within the city:

The following people were born in, or have resided in, Edina: 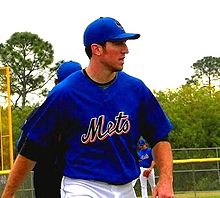 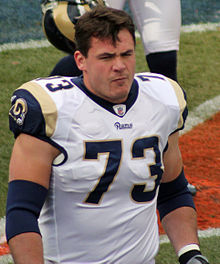