Year 1932 (MCMXXXII) was a leap year starting on Friday of the Gregorian calendar. 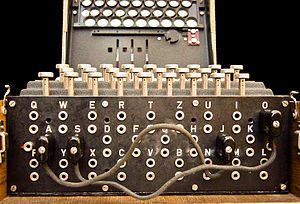 The Cipher Bureau breaks the German Enigma cipher and overcomes the ever-growing structural and operating complexities of the evolving Enigma with plugboard, the main German cipher device during World War II.