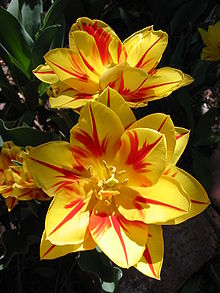 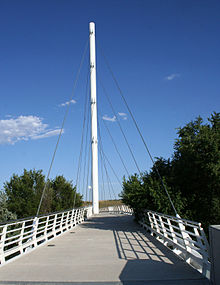 The City of Arvada (

/ɑrˈvædə/) is a Home Rule Municipality located in Jefferson and Adams counties in the Denver-Aurora-Broomfield, CO Metropolitan Statistical Area of the state of Colorado. Olde Town Arvada is located 7 miles (11 km) northwest of the Colorado State Capitol in Denver. The 2010 United States Census recorded 106,433 residents, making Arvada the eighth most populous city in the state of Colorado.[7]

The first documented discovery of gold in the Rocky Mountain region occurred on June 22, 1850, when Lewis Ralston, a Georgia prospector headed for the California gold fields, dipped his sluice pan into a small stream near its mouth at Clear Creek.[2] Ralston found about 1/4 ounce (6 g) of gold then worth about five dollars. Ralston's companions named the stream Ralston's Creek in his honor, but they all left the next morning, drawn by the lure of the California gold fields.

During the Pike's Peak Gold Rush in 1858, Ralston brought another group of prospectors back to the site of his first discovery. The placer gold in the area soon played out, but hard rock deposits of gold were found in the mountains to the west. Some of the miners abandoned their search for gold and returned to farm the rich bottom land along Ralston Creek and Clear Creek. They found an eager market for their crops among other gold seekers. The Territory of Colorado was formed on February 28, 1861, and the farms in the valley expanded to feed the growing population of the region.

In 1870, the Colorado Central Railroad laid tracks through the area on its route from Golden to link up with the Kansas Pacific Railroad and the Denver Pacific Railroad at Jersey Junction, 3 miles (5 km) north of Denver. On December 1, 1870, Benjamin F. Wadsworth and Louis A. Reno platted the Ralston Point townsite along the railroad. To avoid confusion with other communities along Ralston Creek, Ralston Point was soon renamed Arvada in honor of Hiram Arvada Haskin, brother-in-law of settler Mary Wadsworth.[8] Benjamin Wadsworth became the first postmaster of Arvada. Colorado was granted statehood on August 1, 1876, and the Town of Arvada was formally incorporated on August 14, 1904. A vibrant agricultural community, Arvada claimed the title "'Celery Capital of the World'."

Arvada grew rapidly during the latter half of the 20th century as a suburb of nearby Denver, the state capital. Arvada became a Statutory City on October 31, 1951, and a Home Rule Municipality on July 23, 1963. By the end of the millennium, the population of Arvada exceeded 100,000.

Radioactive contamination of both the immediate, surrounding area and the entire greater Denver metropolitan area has resulted from decades of radioactive isotope releases, largely plutonium (Pu-239), into the environment from the Rocky Flats Plant, a former nuclear weapons production facility located about 15 miles upwind of Denver that has since been shut down and disassembled.

In terms of major related events, on September 11, 1957, portions of the Denver metropolitan area--substantially including Arvada--became contaminated with radioactive Pu-239 from a then highly classified plutonium fire.[10][11] Another major plutonium fire in 1969[12] produced similar effects but was monitored and reported by civilian agencies, which led to the U.S. government's divulgence of the 1957 fire.

In 1989, a combined Federal Bureau of Investigation and United States Environmental Protection Agency (EPA) raid of the plant for investigation of environmental crimes effectively ended production and further potential for plutonium fires. Superfund decontamination results have been withheld by the U.S. Government, but significant Pu-239 contamination has been found outside Rocky Flats as recently as August 2010.[13][14]

The Amtrak California Zephyr passes through the City of Arvada westbound each morning and eastbound each evening. This route through the scenic heart of the Rocky Mountains is one of the most popular rail routes in the United States. Full Amtrak passenger and parcel service is available at the nearby Denver Union Station.

Arvada is served by Denver International Airport and nearby Rocky Mountain Metropolitan Airport.

In 2008 the League of American Bicyclists designated Arvada as a Bronze Level Bicycle Friendly Community.[15]

There were 39,019 households out of which 34.2% had children under the age of 18 living with them, 57.5% were married couples living together, 9.7% had a female householder with no husband present, and 28.9% were non-families. 23.1% of all households were made up of individuals and 7.7% had someone living alone who was 65 years of age or older. The average household size was 2.60 and the average family size was 3.07.

Arvada is largely a commuter town to Denver and Boulder. The primary retail corridors are along Wadsworth Boulevard, 52nd Avenue, Ralston Road and Kipling Street.

Arvada was home to a police scandal in Colorado in 2010 when a neighboring police agency was needed and requested by the chief of police to intervene in the criminal conduct of some members of Arvada's police force. Arvada's city council had chosen not to intervene in the previous criminal conduct of several members of the Arvada police, despite a cost to the city of close to half a million dollars defending the criminal actions of one police officer alone, during a period of budget crises.[17] The police officers involved had been routinely breaking and entering into peoples homes in the hope they would find criminal activity, as was found by several federal jury trials.[17] Police chief Don Wick sought other avenues of investigation and contacted the Arapahoe County Sheriffs Office[18] to conduct an investigation into the criminal conduct of some members of the Arvada Police Department. This was prompted by the (alleged, but without conviction) assault of a man that the police department had arrested and was in handcuffs. Two officers (Whitney Bauma and Noah Rolfing) (allegedly) watched Charles Humphrey punch a restrained man, then all of them collaborated to cover up the crime. [17][19] At least 6 police officers resigned because of the investigation.[20]. "This has been one of the greatest challenges facing our department in its history. It's been an emotional time for everyone involved," Wick said. "This has impacted officers on the streets to our non-sworn staff who are critical to the operation of the organization." [21][22] Charges were ultimately dropped, but the Arvada police department stood by the resignation of these former police officers because their conduct was not appropriate for a police officer. [23]

On December 9, 2007, Matthew J. Murray walked into the Youth With a Mission Center in Arvada and, after he was refused his request to stay overnight, opened fire and killed two people, injuring two more. A memorial was held the following Wednesday, December 12, in which Youth With a Mission leaders forgave Murray's family for what happened.[24] 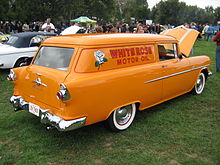