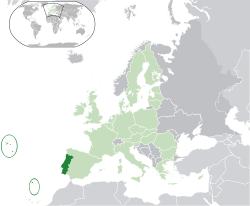 The location of Portugal

The Portuguese Republic, commonly known as Portugal, is a sovereign country principally located on the Iberian Peninsula in Southern Europe.[1] Portugal is the westernmost country of continental Europe and is bordered by the Atlantic Ocean to the west and south and by Spain to the north and east. The Atlantic archipelagos of the Azores and Madeira (including the Savage Islands) are also part of Portugal.

The land within the borders of today's Portuguese Republic has been continuously settled since prehistoric times. Some of the earliest civilizations include Lusitanians and Celtic societies. Incorporation into the Roman Republic dominions took place in the 2nd century BC. The region was ruled and colonized by Germanic peoples, such as the Suebi and the Visigoths, from the 5th to the 8th century. From this era, some vestiges of the Alans were also found. The Muslim Moors arrived in the early 8th century and conquered the Christian Germanic kingdoms, eventually occupying most of the Iberian Peninsula. In the early 12th century, during the Christian Reconquista, Portugal appeared as a kingdom independent of its neighbour, the Kingdom of León and Galicia. In a little over a century, in 1249, Portugal would establish almost its entire modern-day borders by conquering territory from the Moors.

During the 15th and 16th centuries, with a global empire that included possessions in Africa, Asia and South America, Portugal was one of the world's major economic, political, and cultural powers. In the 17th century, the Portuguese Restoration War between Portugal and Spain ended the sixty year period of the Iberian Union (1580–1640). In the 19th century, armed conflict with French and Spanish invading forces and the loss of its largest territorial possession abroad, Brazil, disrupted political stability and potential economic growth. After the Portuguese Colonial War and the Carnation Revolution coup d'état in 1974, the ruling regime was deposed in Lisbon and the country handed over its last overseas provinces in Africa. Portugal's last overseas territory, Macau, was handed over to China in 1999.

The following outline is provided as an overview of and topical guide to Portugal: 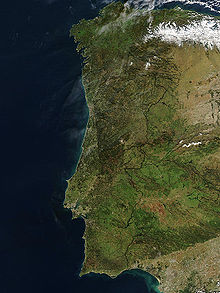 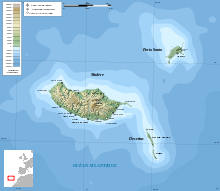 The Madeira archipelago (including Madeira, Porto Santo and the Desertas). 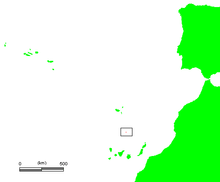 Location of the Savage islands. 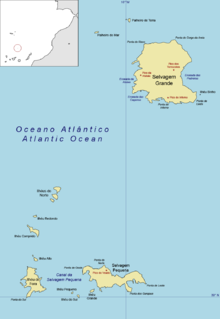 Map of the Savage islands 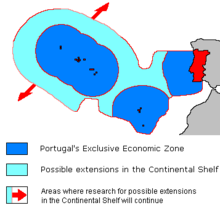 Government and politics of Portugal

Branches of the government of Portugal

Executive branch of the government of Portugal

Legislative branch of the government of Portugal

Judicial branch of the government of Portugal

The Portuguese Republic is a member of:[1]

Law and order in Portugal

Economy and infrastructure of Portugal