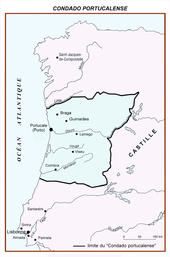 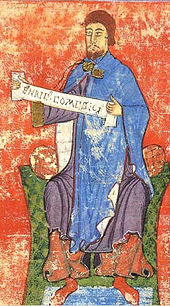 A miniature of Count Henry, from a 13th-century cartulary.

The County of Portugal (Portuguese: Condado Portucalense, Condado de Portucale) was the region around Braga and Porto, today corresponding to littoral northern Portugal, from the late ninth to the early twelfth century, during which it was held in vassalage from the Kingdom of León.

The Reconquista of Porto by count Vímara Peres occurred in 868, which is the traditional beginning of the county of Portugal, said to have been established by Alfonso III of León. The county continued with varying degrees of autonomy within the León and, during brief periods of division, the Kingdom of Galicia until 1071, when Count Nuno Mendes was defeated and killed by King García II of Galicia. An independent county was abolished with the territories remaining within the crown of Galicia, and following reunification the next year, that of León under Sancho II and Alfonso VI.

A County of Galicia, including Portugal, had been given by Alfonso VI to his son-in-law Raymond of Burgundy, but in 1096 Alfonso separated the County of Portugal from these lands and granted them, along with the County of Coimbra, to another son-in-law, Henry of Burgundy, wed to Alfonso VI's illegitimate daughter Theresa.[1][2] Henry based his newly formed county in Braga.

It was Henry's son and successor, Afonso Henriques, who expanded the territory and assumed the royal title. He took the reins of the government in 1128, after routing forces of his mother in the Battle of São Mamede, near Guimarães. After this battle, he began to exhibit a seal with a cross and the word "Portugal". He continued to win battles, supported by the nobles of Entre-Douro-e-Minho, eventually triumphing in the Battle of Ourique in 1139, which led to his proclamation as King of Portugal. It was finally in 1143 when Alfonso VII recognized the de facto independence of Portugal in the Treaty of Zamora. 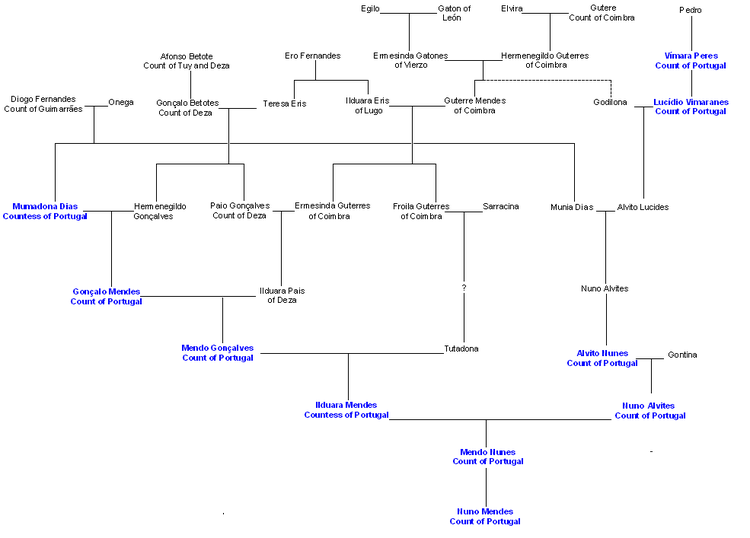