The Bear Stearns Companies, Inc. (former NYSE ticker symbol BSC) based in New York City, was a global investment bank and securities trading and brokerage, until its sale to JPMorgan Chase in 2008 during the global financial crisis and recession. Its main business areas, based on 2006 net revenue distributions, were capital markets (equities, fixed income, investment banking; just under 80%), wealth management (under 10%), and global clearing services (12%).

Bear Stearns was involved in securitization and issued large amounts of asset-backed securities, which in the case of mortgages were pioneered by Lewis Ranieri, "the father of mortgage securities".[1] As investor losses mounted in those markets in 2006 and 2007, the company actually increased its exposure, especially the mortgage-backed assets that were central to the subprime mortgage crisis. In March 2008, the Federal Reserve Bank of New York provided an emergency loan to try to avert a sudden collapse of the company. The company could not be saved and was sold to JP Morgan Chase for $10 per share, a price far below its pre-crisis 52-week high of $133.20 per share, but not as low as the $2 per share originally agreed upon by Bear Stearns and JP Morgan Chase.[2]

The collapse of the company was a prelude to the risk management meltdown of the Wall Street investment bank industry in September 2008, and the subsequent global financial crisis and recession. In January 2010, JPMorgan ceased using the Bear Stearns name.[3] 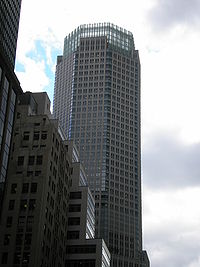 Bear Stearns was founded as an equity trading house on May Day 1923 by Joseph Bear, Robert Stearns and Harold Mayer with $500,000 in capital.[4] Internal tensions quickly arose among the three founders. The firm survived the Wall Street Crash of 1929 without laying off any employees and by 1933 opened its first branch office in Chicago.[4] In 1955, the firm opened its first international office in Amsterdam.[4]

In 2005-2007, Bear Stearns was recognized as the "Most Admired" securities firm in Fortune's "America's Most Admired Companies" survey, and second overall in the security firm section[6]. The annual survey is a prestigious ranking of employee talent, quality of risk management and business innovation. This was the second time in three years that Bear Stearns had achieved this "top" distinction.

As of November 30, 2006, the company had total capital of approximately $66.7 billion and total assets of $350.4 billion. According to the April 2005 issue of Institutional Investor magazine, Bear Stearns was the seventh-largest securities firm in terms of total capital.

As of November 30, 2007, Bear Stearns had notional contract amounts of approximately $13.40 trillion in derivative financial instruments, of which $1.85 trillion were listed futures and option contracts. In addition, Bear Stearns was carrying more than $28 billion in 'level 3' assets on its books at the end of fiscal 2007 versus a net equity position of only $11.1 billion. This $11.1 billion supported $395 billion in assets,[7] which means a leverage ratio of 35.5 to 1. This highly leveraged balance sheet, consisting of many illiquid and potentially worthless assets, led to the rapid diminution of investor and lender confidence, which finally evaporated as Bear was forced to call the New York Federal Reserve to stave off the looming cascade of counterparty risk which would ensue from forced liquidation.

On June 22, 2007, Bear Stearns pledged a collateralized loan of up to $3.2 billion to "bail out" one of its funds, the Bear Stearns High-Grade Structured Credit Fund, while negotiating with other banks to loan money against collateral to another fund, the Bear Stearns High-Grade Structured Credit Enhanced Leveraged Fund. Bear Stearns had originally put up just $35 million, so they were hesitant about the bailout, however CEO James Cayne and other senior executives worried about the damage to the company's reputation.[8][9] The funds were invested in thinly traded collateralized debt obligations (CDOs). Merrill Lynch seized $850 million worth of the underlying collateral but only was able to auction $100 million of them. The incident sparked concern of contagion as Bear Stearns might be forced to liquidate its CDOs, prompting a mark-down of similar assets in other portfolios.[10][11] Richard A. Marin, a senior executive at Bear Stearns Asset Management responsible for the two hedge funds, was replaced on June 29 by Jeffrey B. Lane, a former Vice Chairman of rival investment bank, Lehman Brothers.[12]

During the week of July 16, 2007, Bear Stearns disclosed that the two subprime hedge funds had lost nearly all of their value amid a rapid decline in the market for subprime mortgages.

On August 1, 2007, investors in the two funds took action against Bear Stearns and its top board and risk management managers and officers. The law firms of Jake Zamansky & Associates and Rich & Intelisano both filed arbitration claims with the National Association of Securities Dealers alleging that Bear Stearns misled investors about its exposure to the funds. This was the first legal action made against Bear Stearns, though there have been several others since then. Co-President Warren Spector was asked to resign on August 5, 2007, as a result of the collapse of two hedge funds tied to subprime mortgages that were managed by Spector. A September 21 report in the New York Times noted that Bear Stearns posted a 61 percent drop in net profits due to their hedge fund losses.[13] With Samuel Molinaro's November 15 revelation that Bear Stearns was writing down a further $1.2 billion in mortgage-related securities and would face its first loss in 83 years, Standard & Poor's downgraded the company's credit rating from AA to A.[14]

Matthew Tannin and Ralph R. Cioffi, both former managers of hedge funds at Bear Stearns Companies, were arrested June 19, 2008. They faced criminal charges and were found not guilty of misleading investors about the risks involved in the subprime market. Tannin and Cioffi have also been named in lawsuits brought forth by Barclays Bank, who claims they were one of the many investors misled by the executives.[15][16]

They were also named in civil lawsuits brought in 2007 by investors, including Barclays Bank PLC, who claimed they had been misled. Barclays claimed that Bear Stearns knew that certain assets in the Bear Stearns High-Grade Structured Credit Strategies Enhanced Leverage Master Fund were worth much less than their professed values. The suit claimed that Bear Stearns managers devised "a plan to make more money for themselves and further to use the Enhanced Fund as a repository for risky, poor-quality investments." The lawsuit said Bear Stearns told Barclays that the enhanced fund was up almost 6% through June 2007 — when "in reality, the portfolio's asset values were plummeting."[17]

On March 14, 2008, the Federal Reserve Bank of New York agreed to provide a $25 billion loan to Bear Stearns collateralized by free and clear assets from Bear Stearns in order to provide Bear Stearns the liquidity for up to 28 days that the market was refusing to provide. Apparently the Federal Reserve Bank of New York had a change of heart and told Bear Stearns that the 28 day loan was unavailable to them. The deal was then changed to where the NY FED would make a $30 billion loan to J.P. Morgan (collaterallised not by any J.P. Morgan assets but collaterallised by Bear Stearns Assets), who would buy Bear Stearns for 2 dollars per share.[19] Two days later, on March 16, 2008, Bear Stearns signed a merger agreement with JP Morgan Chase in a stock swap worth $2 a share or less than 7 percent of Bear Stearns' market value just two days before.[20] This sale price represented a staggering loss as its stock had traded at $172 a share as late as January 2007, and $93 a share as late as February 2008. In addition, the Federal Reserve agreed to issue a non-recourse loan of $29 billion to JP Morgan Chase,[21] thereby assuming the risk of Bear Stearns's less liquid assets (see Maiden Lane LLC). This non-recourse loan means that the loan is collateralized by mortgage debt[22] and that the government can not seize J.P. Morgan Chase's assets if the mortgage debt collateral becomes insufficient to repay the loan.[22][23] Chairman of the Fed, Ben Bernanke, defended the bailout by stating that a Bear Stearns' bankruptcy would have affected the real economy[24] and could have caused a "chaotic unwinding" of investments across the US markets.[20]

On March 20, Securities and Exchange Commission Chairman Christopher Cox said the collapse of Bear Stearns was due to a lack of confidence, not a lack of capital. Cox noted that Bear Stearns's problems escalated when rumors spread about its liquidity crisis which in turn eroded investor confidence in the firm. "Notwithstanding that Bear Stearns continued to have high quality collateral to provide as security for borrowings, market counterparties became less willing to enter into collateralized funding arrangements with Bear Stearns," said Cox. Bear Stearns' liquidity pool started at $18.1 billion on March 10 and then plummeted to $2 billion on March 13. Ultimately market rumors about Bear Stearns' difficulties became self-fulfilling, Cox said.[25]

On March 24, 2008, a class action lawsuit was filed on behalf of shareholders, challenging the terms of JPMorgan’s recently announced acquisition of Bear Stearns.[26] That same day, a new agreement was reached that raised JPMorgan Chase's offer to $10 a share, up from the initial $2 offer, which meant an offer of $1.2 billion.[27] The revised deal was aimed to quiet upset investors and any subsequent legal action brought against JP Morgan Chase as a result of the deal as well as to prevent employees, many of whose past compensation consisted of Bear Stearns stock, from leaving for other firms. The Bear Stearns bailout was seen as an extreme-case scenario, and continues to raise significant questions about Fed intervention. On April 8, 2008, Paul A. Volcker stated that the Fed has taken 'actions that extend to the very edge of its lawful and implied powers.' See his remarks at a Luncheon of the Economic Club of New York.[28] On May 29, Bear Stearns shareholders approved the sale to JPMorgan Chase at the $10-per-share price.[29]

An article by journalist Matt Taibbi in Rolling Stone magazine contended that naked short selling had a role in the demise of both Bear Stearns and Lehman Brothers.[30] A study by finance researchers at the University of Oklahoma Price College of Business studied trading in financial stocks, including Bear Stearns and Lehman Brothers, and found "no evidence that stock price declines were caused by naked short selling."[31]

The largest Bear Stearns shareholders as of December 2007 were:[43]