The Federation of Malaya (Malay: Persekutuan Tanah Melayu) is the name given to a federation of 11 states (nine Malay states and two of the British Straits Settlements, Penang and Malacca)[1] that existed from 31 January 1948 until 16 September 1963. The Federation became independent on 31 August 1957.[2] It was reconstituted as Malaysia with the addition in 1963 of Singapore, Sabah, and Sarawak.[3]

See also: Circumstances prior to the Malayan Emergency

From 1946 to 1948, the 11 states formed a single British crown colony known as the Malayan Union. Due to opposition from Malay nationalists, the Union was disbanded and replaced by the Federation of Malaya, which restored the symbolic positions of the rulers of the Malay states.

Within the Federation, while the Malay states were protectorates of the United Kingdom, Penang and Malacca remained British colonial territories. Like the Malayan Union before it, the Federation did not include Singapore, despite its traditional connections with Malaya.

The Federation achieved independence within the Commonwealth of Nations on 31 August 1957.[1] In 1963, the Federation was reconstitued as "Malaysia" when it federated with the British territories of Singapore, Sarawak, and British North Borneo (renamed Sabah); the latter territory was claimed to be a part of the Sultanate of Sulu.[4][5] Singapore separated from Malaysia to become an independent republic on 9 August 1965.

The Federation of Malaya Agreement was formulated by the British–Malay Pleno Conference between June and December 1946. At the end of the meeting, the Pleno Conference produced a 100-page "Blue Book".[6]

As with the Malayan Union, the Federation excluded Singapore, despite its traditional links to Malaya.

The conditions of citizenship of the Federation of Malaya were further tightened using law enforcement and naturalisation by application. Under the laws, the following were automatically granted citizenship:

Via naturalisation (by application), one could achieve citizenship, given these criteria:

In both cases (via naturalisation), applications must be well-behaved, swear allegiance and clarify their reasons for living in the federation, and are fluent in either the Malay or the English language.

The Federation of Malaya, through its constitution, guarantees the rights and special position of the Malay people as well as rights, powers and sovereignty of the Malay rulers in their respective states.[7]

Separation of powers of the federal and state governments

The federation agreement Perjanjian Persekutuan set the powers of the federal and state governments. Financial matters must be handled by the respective states. The Sultan was given full power on religious issues and Malay customs. Foreign policy and defence continued to be administered by the British government. The federation agreement was made the Constitution of the Federation of Malaya and officially declared on 1 February 1948.[8]

The Federation of Malaya Legislative Council

The Federation of Malaya Legislative Council held its first meeting in the Tuanku Abdul Rahman Hall, Kuala Lumpur in 1948. It was opened by the British High Commissioner Sir Edward Gent. Attendees included the British Minister of State for Colonial Affairs, Lord Listowel. The membership of the Council was structured to include:

The unofficial members were required to be either Federation citizens or British subjects.

In 1948 the ethnic composition of the Council was made up as follows:

The first session passed the Kuala Lumpur City Bill, the Transfer of Power Bill, and the Loan and Debt Bill.[9]

In 1950, the Federation of Malaya Government rejected the registration of the Malay Nationalist Party of Malaya (Parti Kebangsaan Melayu Malaya, PKMM) as a legitimate political party. PKMM had two wings, namely Angkatan Pemuda Insaf and Angkatan Wanita Sedar. Initially, PKMM did not have communist leanings. After Mokhtaruddin Lasso was elected as the first PKMM president in October 1946, this party was influenced with communism. The Young Malays Union (Kesatuan Melayu Muda, KMM) merged with PKMM, and Dr Burhanuddin Helmi became the second PKMM president. Dr Burhanuddin led PKMM toward the formation of Melayu Raya, a merger of Indonesia and Malaya. In December 1947, Ishak Haji Mohamed became the third PKMM president and PKMM switched from communism to nationalism. PKMM tended against UMNO and colonisation. PKKM established the Pusat Tenaga Rakyat (PUTERA), a conglomeration of radical Malay Political Parties and then merged with the All-Malaya Council of Joint Action (AMCJA) which thoroughly opposed the 1948 Federation Agreement for the foundation of the Federation of Malaya. PKMM accused officials selected in the Federation of Malaya of being "puppets" of the "Colonial Office". For PKMM, there was no basis in "preparing Malaya as a democratic government". [10]

Evolution of the Federation of Malaya 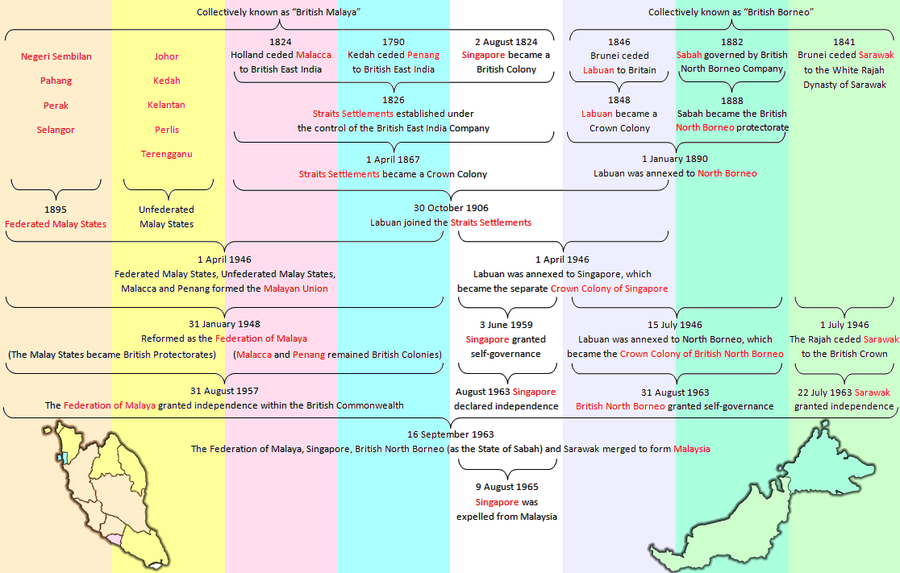