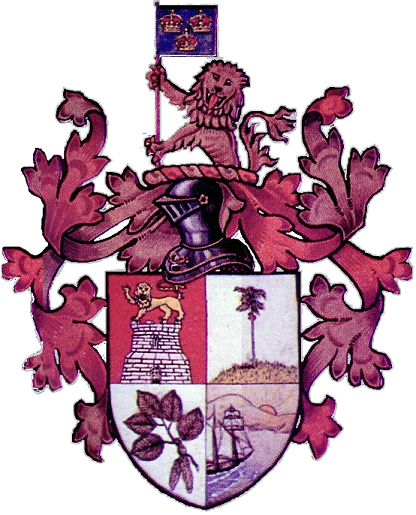 The Straits Settlements were a collection of territories of the in , which were given collective administration in 1826 as a crown colony, as distinct from the native princely states, some of which later formed the . Initially, the Straits Settlements consisted of , sometimes officially named Prince of Wales Island, with about a score of islets of insignificant size lying in its immediate vicinity, the islands and territory of the , , the town and territory of Malacca and the islands of .

The establishment of the Straits Settlements followed the between the and the , by which the Malay archipelago was divided into a British zone in the north and a Dutch zone in the south. This resulted the exchange of the British settlement of Bencoolen (on Sumatra) for the Dutch colony of Malacca and undisputed control of Singapore. Its capital was moved from Penang to Singapore in 1832.

In 1867, the Settlements became a British , making the Settlements answerable directly to the in instead of the government based in on . Earlier on , a "" granted the Settlements a colonial constitution. This allocated much power to the Settlements' Governor, who administered the colony of the Straits Settlements with the aid of an Executive Council, composed wholly of official (i.e. ex-officio) members, and a Legislative Council, composed partly of official and partly of nominated members, of which the former had a narrow permanent majority. The work of administration, both in the colony and in the , was carried on by means of a civil service whose members were recruited by competitive examination held annually in London.

and were administered, directly under the governor, by s.

The Dindings and Province Wellesley

The Dindings, consisting of some islands near the mouth of the Perak River and a small piece of territory on the adjoining mainland, were ceded by Perak to the British government under the . Hopes that its excellent natural harbour would prove to be valuable have been doomed to disappointment, and the islands, which are sparsely inhabited and altogether unimportant both politically and financially, were administered by the government of Perak.

, situated on the mainland opposite to the island of Penang, was ceded to Great Britain in 1798 by the Sultan of , its northern and eastern border; Perak lies to the south. The boundary with Kedah was rectified by treaty with Siam in 1867. It was administered by a , with some assistants, answering to the resident councillor of Penang. The country consists, for the most part, of fertile plain, thickly populated by Malays, and occupied in some parts by sugar-planters and others engaged in similar agricultural industries and employing Chinese and Tamil labor. About a tenth of the whole area was covered by low hills with thick jungle. Large quantities of rice are grown by the Malay inhabitants, and between October and February there is excellent snipe-shooting to be had in the paddy fields. A railway from , opposite to Penang, runs through Province Wellesley into Perak, and thence via Selangor and the Negri Sembilan to Malacca, with an extension via Mar under the rule of the sultan of Johor, and through the last-named state to Johor Bharu, opposite the island of Singapore.

The (which were settled and once owned by a Scottish family named Clunies-Ross) and , formerly attached to , were in 1886 transferred to the care the government of the Straits Settlements in Singapore along with the addition of in 1906.

The governor of the Straits Settlements was also for the on the peninsula, for , the sultanate of Brunei and Sarawak in Borneo, and since the administration of the colony of Labuan, which for a period was vested in the , was resumed by the British government he was also governor of Labuan. British residents controlled the native states of Perak, , and , but since the 1st of July 1896, when the federation of these states was effected, a , responsible to the (governor as) high commissioner, has been placed in supreme charge of all the British s in the peninsula.

The was dissolved in 1946, when became a separate crown colony (ultimately independent), while and joined the , which eventually became . The Cocos or Keeling Islands and the , originally made part of the crown colony of Singapore in 1946, came under n administration in 1955 and 1957 respectively, while became part of (becoming a district of ), later also part of Malaysia.

The following are the area and population, with details of race distribution, of the colony of the Straits Settlements, the figures being those of the census of 1901:

The population, which was 306,775 in 1871 and 423,384 in 1881, had in 1901 reached a total of 572,249. As in former years, the increase is solely due to immigration, more especially of Chinese, though a considerable number of Tamils and other natives of-India annually settle in the Straits Settlements. The total number of births registered in the colony during the year 1900 was I4,814, and the ratio per 1000 of the population during 1896, 1897 and 1898 respectively was 22-18, 20-82 and 21-57; while the number of registered deaths for the years 1896-1900 gave a ratio per 1000 of 42-21, 36-90, 30-43, 31-66 and 36-25 respectively, the number of deaths registered during 1900 being 23,385. The cause to which the excess of deaths over births is to be attributed is to be found in the fact that the Chinese and Indian population, which numbers 339,083, or over 59% of the whole, is composed of 261,412 males and only 77,671 females, and a comparatively small number of the latter are married women and mothers of families. The male Europeans also outnumber the females by about two to one; and among the Malays and Eurasians, who alone have a fair proportion of both sexes, the infant mortality is always excessive, this being due to early marriages and other well-known causes. The number of immigrants landing in the various settlements during 1906 was: