Provinces and territories of Canada

Provinces and territories of Canada

The provinces and territories of combine to make up the world's second largest country in total area. The major difference between a Canadian province and a territory is that a province receives its power and authority directly from the Crown, via the , whereas territories derive their mandates from the federal government. 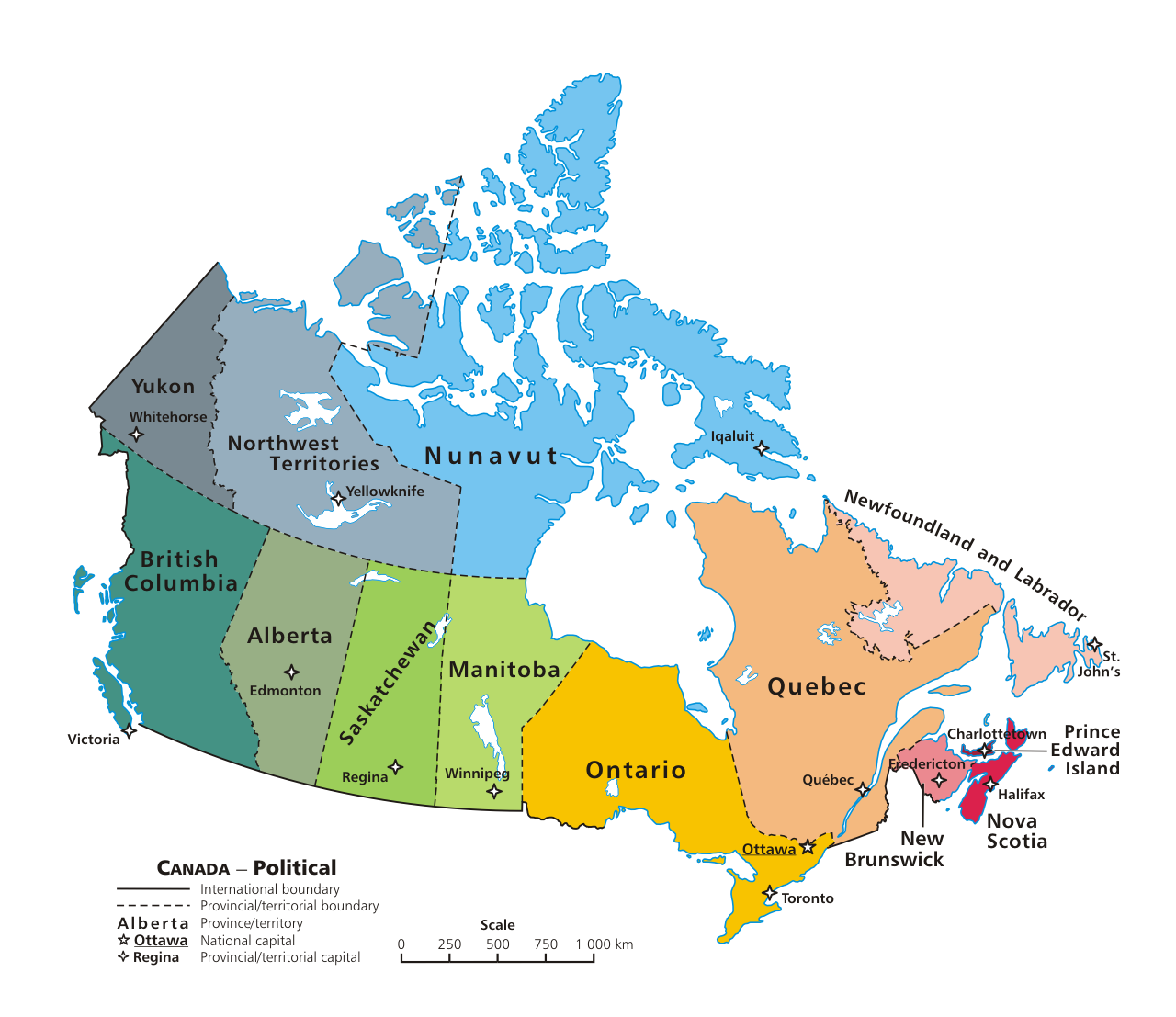 The following table is listed in the order of precedence (i.e. when a province entered into Confederation).

The provincial political climate of Quebec is quite different: the main split is between sovereignty (of which is generally held to be one strain), represented by the , and federalism, represented primarily by the . Since 2007, the has been the , which advocates what it calls "autonomy", a middle-of-the-road option supporting localized power in the Federal structure. They have no corresponding Federal party, but polls show their base to align with the Federal .

The , near , département, , is ceremonially considered Canadian territory. In 1922 the French government donated "freely, and for all time, to the Government of Canada the free use of the land exempt from all taxes". [cite web
title = Design and Construction of the Vimy Ridge Memorial
publisher = Veteran Affairs Canada
date = August 8, 1998
url = http://www.vac-acc.gc.ca/remembers/sub.cfm?source=Memorials/ww1mem/Vimy/vmemory#one
accessdate = 2007-07-20 ] However, unlike it does not enjoy extraterritorial status and is thus subject to French law.

In the past, there has been interest in both Canada and the , an overseas UK territory in the , for the latter to enter Confederation in some capacity. While no official negotiations are underway, the two have a long-standing relationship and politicians on both sides have actively explored the circumstances under which a political union could be achieved. [Cite web| url = http://www.cbc.ca/news/background/turksandcaicos/|title=Canada's Caribbean ambition| author=CBC News| authorlink=Canadian Broadcasting Corporation|accessdate=2007-01-27]