The United States Department of Veterans Affairs (VA) is a government-run military veteran benefit system with Cabinet-level status. It is the United States government’s second largest department, after the United States Department of Defense. With a total 2009 budget of about $87.6 billion, VA employs nearly 280,000 people at hundreds of Veterans Affairs medical facilities, clinics, and benefits offices and is responsible for administering programs of veterans’ benefits for veterans, their families, and survivors.

The Continental Congress of 1776 encouraged enlistments during the American Revolutionary War by providing pensions for soldiers who were disabled. Direct medical and hospital care given to veterans in the early days of the republic was provided by the individual states and communities. In 1811, the first domiciliary and medical facility for veterans was authorized by the federal government, but not opened until 1834. In the 19th century, the nation's veterans assistance program was expanded to include benefits and pensions not only for veterans, but also their widows and dependents. 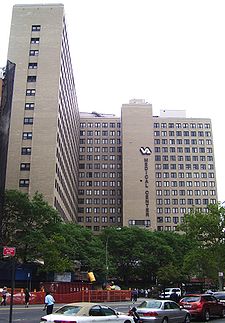 After the Civil War, many state veterans homes were established. Since domiciliary care was available at all state veterans homes, incidental medical and hospital treatment was provided for all injuries and diseases, whether or not of service origin. Indigent and disabled veterans of the Civil War, Indian Wars, Spanish-American War, and Mexican Border period as well as discharged regular members of the Armed Forces were cared for at these homes.

Congress established a new system of veterans benefits when the United States entered World War I in 1917. Included were programs for disability compensation, insurance for servicepersons and veterans, and vocational rehabilitation for the disabled. By the 1920s, the various benefits were administered by three different federal agencies: the Veterans Bureau, the Bureau of Pensions of the Interior Department, and the National Home for Disabled Volunteer Soldiers.

The VA health care system has grown from 54 hospitals in 1930 to include 171 medical centers; more than 350 outpatient, community, and outreach clinics; 126 nursing home care units; and 35 domiciliaries. VA health care facilities provide a broad spectrum of medical, surgical, and rehabilitative care. The responsibilities and benefits programs of the Veterans Administration grew enormously during the following six decades. World War II resulted in not only a vast increase in the veteran population, but also in large number of new benefits enacted by Congress for veterans of the war. The World War II GI Bill, signed into law on June 22, 1944, is said to have had more impact on the American way of life than any law since the Homestead Act more than a century ago. Further educational assistance acts were passed for the benefit of veterans of the Korean War, the Vietnam Era, the introduction of the "All-Volunteer Force" in the 1970s (following the end of conscription in the United States in 1973), the Persian Gulf War, and those who served following the attacks of September 11, 2001.

In 1973, the Veterans Administration assumed another major responsibility when the National Cemetery System (NCS) (except for Arlington National Cemetery) was transferred to the Veterans Administration from the Department of the Army. The VA was charged with the operation of the NCS, including the marking of graves of all persons in national and State cemeteries (and the graves of veterans in private cemeteries, upon request) as well and administering the State Cemetery Grants Program.

The Department of Veterans Affairs (VA) was established as a Cabinet-level position on March 15, 1989. President George H.W. Bush hailed the creation of the new department saying, "There is only one place for the veterans of America, in the Cabinet Room, at the table with the President of the United States of America."

The Department has three main subdivisions, known as Administrations, each headed by an Undersecretary:

As is common in any time of war, recently there has been an increased demand for nursing home beds, injury rehabilitation, and mental health care. VA categorizes veterans into eight priority groups and several additional subgroups, based on factors such as service-connected disabilities, and one’s income and assets (adjusted to local cost of living).

Veterans with a 50% or higher service-connected disability as determined by a VA regional office “rating board” (e.g., losing a limb in battle, PTSD, etc.) are provided comprehensive care and medication at no charge. Veterans with lesser qualifying factors who exceed a pre-defined income threshold have to make co-payments for care for non-service-connected ailments and pay $9 per 30-day supply for each prescription medication. VA dental and nursing home care benefits are more restricted. 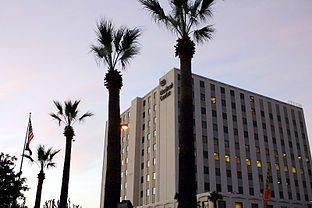 Reservists and National Guard personnel who served stateside in peacetime settings or have no service-related disabilities generally do not qualify for VA health benefits.[4] In recent years, the VA has opened hundreds of new convenient outpatient clinics in towns across the United States, while steadily reducing inpatient bed levels at its hospitals.

VA’s budget has been pushed to the limit in recent years by the War on Terrorism.[5] In December 2004, it was widely reported that VA’s funding crisis had become so severe that it could no longer provide disability ratings to veterans in a timely fashion.[6] This is a problem because until veterans are fully transitioned from the active-duty TRICARE healthcare system to VA, they are on their own with regard to many healthcare costs.

The VA has worked to cut down screening times for these returning combat vets (they are now often evaluated by VA personnel well before their actual discharge), and they receive first priority for patient appointments. VA’s backlog of pending disability claims under review (a process known as “adjudication”) peaked at 421,000 in 2001, and bottomed out at 254,000 in 2003, but crept back up to 340,000 in 2005.[7]

No copayment is required for VA services for veterans with military-related medical conditions. VA-recognized service-connected disabilities include problems that started or were aggravated due to military service. Veteran service organizations such as the American Legion, Veterans of Foreign Wars, and Disabled American Veterans, as well as state-operated Veterans Affairs offices and County Veteran Service Officers (CVSO), have been known to assist veterans in the process of getting care from the VA.

In the 2011 Costs of War report from Brown University, researchers projected that the cost of caring for veterans of the War on Terror would peak 30-40 years after the end of combat operations. They also predicted that medical and disability costs would ultimately total between $600 billion and $1 trillion for the hundreds of thousands treated by the Department of Veterans Affairs.[8]

In May 2006, a laptop computer containing in the clear (unencrypted) social security numbers of 26.5 million U.S. veterans was stolen from a Veterans Affairs analyst’s home. The analyst violated existing VA policy by removing the data from his workplace.[9]

On 3 August 2006, a computer containing personal information in the clear on up to 38,000 veterans went missing. The computer has since been recovered and on 5 August 2006, two men were charged with the theft. In early August 2006, a plan was announced to encrypt critical data on every laptop in the agency using disk encryption software.[10]

Strict policies have also been enacted that require a detailed description of what a laptop will be used for and where it will be located at any given time. Encryption for e-mail had already been in use for some time but is now the renewed focus of internal security practices for sending e-mail containing patient information.

In 1998, the Institute of Medicine began a series of studies to respond to requests from the U.S. Department of Veterans Affairs and Congress for an examination of the health effects of potentially harmful agents to which Gulf War veterans might have been exposed.