Ptosis (eyelid)
For other uses, see Ptosis (disambiguation).
Not to be confused with proptosis.

Ptosis (from Greek Ptosis or πτῶσις, to "fall") is a drooping of the upper or lower eyelid. The drooping may be worse after being awake longer, when the individual's muscles are tired. This condition is sometimes called "lazy eye", but that term normally refers to amblyopia. If severe enough and left untreated, the drooping eyelid can cause other conditions, such as amblyopia or astigmatism. This is why it is especially important for this disorder to be treated in children at a young age, before it can interfere with vision development.

Ptosis is derived from the Greek wording (πτῶσις) “fall,” and is defined as the “abnormal lowering or prolapse of an organ or body part." 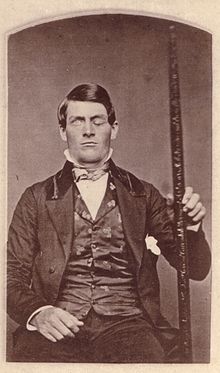 Ptosis occurs when the muscles that raise the eyelid (levator and Müller's muscles) are not strong enough to do so properly. It can affect one eye or both eyes and is more common in the elderly, as muscles in the eyelids may begin to deteriorate. One can, however, be born with ptosis. Congenital ptosis is hereditary in three main forms.[1] Causes of congenital ptosis remain unknown. Ptosis may be caused by damage/trauma to the muscle which raises the eyelid, damage to the superior cervical sympathetic ganglion or damage to the nerve (3rd cranial nerve (oculomotor nerve)) which controls this muscle. Such damage could be a sign or symptom of an underlying disease such as diabetes mellitus, a brain tumor, a pancoast tumor (apex of lung) and diseases which may cause weakness in muscles or nerve damage, such as myasthenia gravis. Exposure to the toxins in some snake venoms, such as that of the black mamba, may also cause this effect.

Ptosis can be caused by the aponeurosis of the levator muscle, nerve abnormalities, trauma, inflammation or lesions of the lid or orbit.[2] Dysfunctions of the levators may occur as a result of a lack of nerve communication being sent to the receptors due to antibodies needlessly attacking and eliminating the neurotransmitter.[3]

Ptosis may be due to a myogenic, neurogenic, aponeurotic, mechanical or traumatic cause and it usually occurs isolated, but may be associated with various other conditions, like immunological, degenerative, or hereditary disorders, tumors, or infections [4]

Acquired ptosis is most commonly caused by aponeurotic ptosis. This can occur as a result of senescence, dehiscence or disinsertion of the levator aponeurosis. Moreover, chronic inflammation or intraocular surgery can lead to the same effect. Also, wearing contact lenses for long periods of time is thought to have a certain impact on the development of this condition.

Congenital neurogenic ptosis is believed to be caused by the Horner syndrome.[5] In this case, a mild ptosis may be associated with ipsilateral ptosis, iris and areola hypopigmentation and anhidrosis due to the paresis of the Mueller muscle. Acquired Horner syndrome may result after trauma, neoplastic insult, or even vascular disease.

Ptosis due to trauma can ensue after an eyelid laceration with transection of the upper eyelid elevators or disruption of the neural input.[6]

Other causes of ptosis include eyelid neoplasms, neurofibromas or the cicatrization after inflammation or surgery. Mild ptosis may occur with aging.

Use of high doses of opioid drugs such as morphine, oxycodone or hydrocodone can cause ptosis, and it is a side effect commonly seen in the abuse of drugs such as diacetylmorphine (heroin).[7] Pregabalin (Lyrica) has also been known to cause mild ptosis.[8] 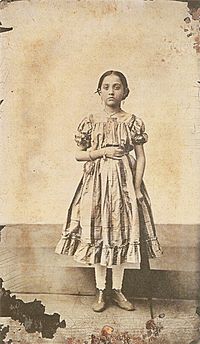 Depending upon the cause it can be classified into:

Myasthenia gravis is a common neurogenic ptosis which could be also classified as neuromuscular ptosis because the site of pathology is at the neuromuscular junction. Studies have shown that up to 70% of myasthenia gravis patients present with ptosis, and 90% of these patients will eventually develop ptosis.[12] In this case, ptosis can be unilateral or bilateral and its severity tends to be oscillating during the day, because of factors such as fatigue or drug effect. This particular type of ptosis is distinguished from the others with the help of a Tensilon challenge test and blood tests. Also, specific to myasthenia gravis is the fact that coldness inhibits the activity of cholinesterase, which makes possible differentiating this type of ptosis by applying ice onto the eyelids. Patients with myasthenic ptosis are very likely to still experience a variation of the drooping of the eyelid at different hours of the day.

The ptosis caused by the oculomotor palsy can be unilateral or bilateral, as the subnucleus to the levator muscle is a shared, midline structure in the brainstem. In cases in which the palsy is caused by the compression of the nerve by a tumor or aneurysm, it is highly likely to result into an abnormal ipsilateral papillary response and a larger pupil. Surgical third nerve palsy is characterized by a sudden onset of unilateral ptosis and an enlarged or sluggish pupil to the light. In this case, imaging tests such as CTs or MRIs should be considered. Medical third nerve palsy, contrary to surgical third nerve palsy, usually does not affect the pupil and it tends to slowly improve in several weeks. Surgery to correct ptosis due to medical third nerve palsy is normally considered only if the improvement of ptosis and ocular motility are unsatisfactory after half a year. Patients with third nerve palsy tend to have diminished or absent function of the levator.

When caused by Horner's syndrome, ptosis is usually accompanied by miosis and anhidrosis. In this case, the ptosis is due to the result of interruption innervations to the sympathetic, autonomic Muller's muscle rather than the somatic levator palpebrae superioris muscle. The lid position and pupil size are typically affected by this condition and the ptosis is generally mild, no more than 2 mm. The pupil might be smaller on the affected side. While 4% cocaine instilled to the eyes can confirm the diagnosis of Horner's syndrome, Hydroxyamphetamine eye drops can differentiate the location of the lesion.[13]

Chronic progressive external ophthalmoplegia is a systemic condition that occurs suddenly and which usually affects only the lid position and the external eye movement, without involving the movement of the pupil. This condition accounts for nearly 45% of myogenic ptosis cases. Most patients develop ptosis due to this disease in their adulthood. Characteristic to ptosis caused by this condition is the fact that the protective up rolling of the eyeball when the eyelids are closed is very poor.

Aponeurotic and congenital ptosis may require surgical correction if severe enough to interfere with vision or if cosmesis is a concern. Treatment depends on the type of ptosis and is usually performed by an ophthalmic plastic and reconstructive surgeon, specializing in diseases and problems of the eyelid.

Non-surgical modalities like the use of "crutch" glasses or special Scleral contact lenses to support the eyelid may also be used.

Ptosis that is caused by a disease will improve if the disease is treated successfully.