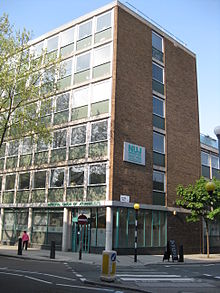 There is a range of national councils below the NEC, covering different sections and areas of activity. There is an industrial council for each of the NUJ's "industrial" sectors -- Newspapers and Agencies, Freelance, Magazine and Book, Broadcasting, New Media and Press and PR.

There are also national Executive Councils, covering all sectors, for Ireland and Scotland. The Irish Executive Council, which has a higher degree of autonomy, covers Northern Ireland as well as the Republic.[1]

The union's structure is democratic and its supreme decision-making body is its Annual Delegate Meeting, a gathering of elected delegates from all branches across the UK, Ireland and Europe.

Between meetings, decisions lie with the NUJ's National Executive Council, a committee of 27 people, elected annually by members. The NEC is chaired by a President, elected, along with a Vice-President and Treasurer, at the Annual Delegate Meeting.

The General Secretary (GS) is elected every five years by a national ballot of all members. The current GS is Michelle Stanistreet.

The General Secretary is responsible for the day-to-day running of the union and directing its staff. However, important decisions such as authorising industrial action must be taken by the NEC.

On 7th August, 1985, some members of the union engaged in a labour dispute with BBC, IBA, ILR stations and S4C, caused the disruption of broadcasting on BBC2 and Channel 4, BBC1 showed back-to-back cartoons instead of the normal service.[4]