Maltose (pronounced /ˈmɒltoʊz/), or malt sugar, is a disaccharide formed from two units of glucose joined with an α(1→4)bond, formed from a condensation reaction. The isomer "isomaltose" has two glucose molecules linked through an α(1→6) bond. Maltose is the second member of an important biochemical series of glucose chains. Maltose is the disaccharide produced when amylase breaks down starch. It is found in germinating seeds such as barley as they break down their starch stores to use for food. It is also produced when glucose is caramelized. [2]

Maltose can be broken down into two glucose molecules by hydrolysis. In living organisms, the enzyme maltase can achieve this very rapidly. In the laboratory, heating with a strong acid for several minutes will produce the same result. Isomaltose is broken by isomaltase.[citation needed]

The production of maltose from germinating cereals, such as barley, is an important part of the brewing process. When barley is malted, it is brought into a condition in which the concentration of maltose-producing amylases has been maximized. Mashing is the process by which these amylases convert the cereal's starches into maltose. Metabolism of maltose by yeast during fermentation then leads to the production of ethanol and carbon dioxide.[citation needed]

Plain maltose has a sweet taste, about half as sweet as glucose and about one-sixth as sweet as fructose.[citation needed] 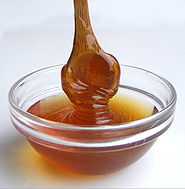 In Southern China, Taiwan, Hong Kong and Macau, maltose is a common ingredient in confectionery. The most common way to consume it is to put a layer of maltose between two pieces of biscuit (usually crackers).[citation needed] 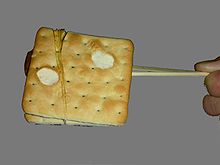