6 (number)
This article is about the mathematical number. For other uses, see 6 (disambiguation).

Six is the second smallest composite number, its proper divisors being 1, 2 and 3.

Since six equals the sum of these proper divisors, six is the smallest perfect number, Granville number, and

-perfect number.[1][2] As a perfect number, 6 is related to the Mersenne prime 3, since 21(22 - 1) = 6. (The next perfect number is 28.) It is the only even perfect number that is not the sum of successive odd cubes.[3] Being perfect, six is the root of the 6-aliquot tree, and is itself the aliquot sum of only one number; the square number, 25. Unrelated to 6 being a perfect number, a Golomb ruler of length 6 is a "perfect ruler."[4] Six is a congruent number.

Six is the only number that is both the sum and the product of three consecutive positive numbers.[5]

5 and 6 form a Ruth-Aaron pair under either definition.

The smallest non-abelian group is the symmetric group S3 which has 3! = 6 elements.

S6, with 720 elements, is the only finite symmetric group which has an outer automorphism. This automorphism allows us to construct a number of exceptional mathematical objects such as the S(5,6,12) Steiner system, the projective plane of order 4 and the Hoffman-Singleton graph. A closely related result is the following theorem: 6 is the only natural number n for which there is a construction of n isomorphic objects on an n-set A, invariant under all permutations of A, but not naturally in 1-1 correspondence with the elements of A. This can also be expressed category theoretically: consider the category whose objects are the n element sets and whose arrows are the bijections between the sets. This category has a non-trivial functor to itself only for n=6.

6 similar coins can be arranged around a central coin of the same radius so that each coin makes contact with the central one (and touches both its neighbors without a gap), but seven cannot be so arranged. This makes 6 the answer to the two-dimensional kissing number problem. The densest sphere packing of the plane is obtained by extending this pattern to the hexagonal lattice in which each circle touches just six others.

A cube has 6 faces

6 is the largest of the four all-Harshad numbers.

A six-sided polygon is a hexagon, one of the three polygons capable of tiling the plane. Figurate numbers representing hexagons (including six) are called hexagonal numbers. Six is also an octahedral number. It is a triangular number and so is its square (36).

There are six basic trigonometric functions.

There are six convex regular polytopes in four dimensions.

Six is the four-bit binary complement of number nine:

The six exponentials theorem guarantees (given the right conditions on the exponents) the transcendence of at least one of a set of exponentials.

Evolution of the glyph

The evolution of our modern glyph for 6 appears rather simple when compared with that for the other numerals. Our modern 6 can be traced back to the Brahmins of India, who wrote it in one stroke like a cursive lowercase e rotated 90 degrees clockwise. Gradually, the upper part of the stroke (above the central squiggle) became more curved, while the lower part of the stroke (below the central squiggle) became straighter. The Ghubar Arabs dropped the part of the stroke below the squiggle. From there, the European evolution to our modern 6 was very straightforward, aside from a flirtation with a glyph that looked more like an uppercase G.[6]

On the seven-segment displays of calculators and watches, 6 is usually written with six segments. Some historical calculator models use just five segments for the 6, by omitting the top horizontal bar. This glyph variant has not caught on; for calculators that can display results in hexadecimal, a 6 that looks like a 'b' is not practical.

Just as in most modern typefaces, in typefaces with text figures the 6 character usually has an ascender, as, for example, in

This numeral resembles an inverted 9. To disambiguate the two on objects and documents that can be inverted, the 6 has often been underlined, both in handwriting and on printed labels. 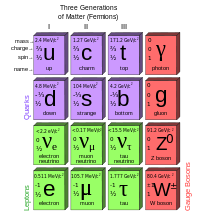 In the Standard Model of particle physics, there are 6 types of quark and 6 types of lepton 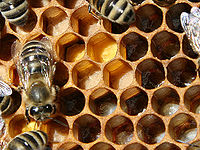 The cells of a beehive honeycomb are 6-sided 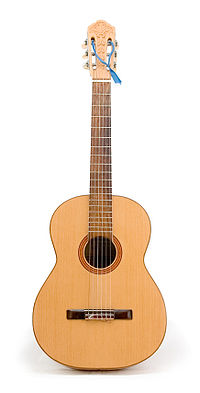 A standard guitar has 6 strings 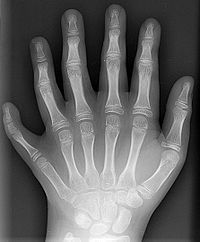 X-ray of a polydactyl human hand with six fingers

Hexa is Greek for "six". Thus:

The prefix "hexa-" also occurs in the systematic name of many chemical compounds, such as "hexamethyl"