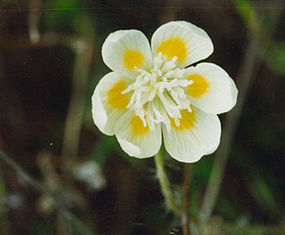 Cuyamaca Rancho State Park is a state park located forty miles east of San Diego, California in the Laguna Mountains of the Peninsular Ranges. The park's 26,000 acres[1] (105 km²) feature pine, fir, and oak forests, with meadows and streams that exist due to the relatively high elevation of the area compared to its surroundings. The park includes 6,512-foot (1,985 m) Cuyamaca Peak, the second highest point in San Diego County

Park services include trails for hiking, horseback riding, and mountain biking, as well as campgrounds for family, group, equestrian, and primitive trail camping; as well as an exhibit at a former gold mine, the Stonewall Mine.

Wildlife in the area includes mountain lions, which have been known to attack humans, and park literature emphasizes avoiding encounters with them. Numerous other species of mammals, birds, reptiles, and amphibians are known to reside within the park.

The park was closed for several months due to massive damage incurred in the 2003 Cedar Fire. Although much of the forest was burned, the park has since been reopened and the fire ecology regenerating native plants are re-growing and returning.

Cuyamaca Rancho State Park is located in the mountains called the Peninsular Range, which extends from the San Jacinto Mountains north of the park, southward to the tip of Baja California. At the western edge of the most seismically active area in North America, the range is a great uplifted plateau, cut off from the Colorado Desert to the east by the Elsinore Fault Zone, where vertical movement over the last two million years has amounted to thousands of feet of tectonic uplift.

Metamorphosed sediments such as schist, gneiss, and quartzite are abundant in the Cuyamacas, particularly in the Stonewall Mine area. Most of the rocks now seen in the Park are plutonic: Either the granodiorite comprising Stonewall Peak, or the gabbro comprising Cuyamaca Peak. As these bedrocks weather, they become the parent material of the coarse, acidic, red soil found throughout the area. Gabbro weathers to a darker red soil than granodiorite or other quartz-rich rock.

Gold is a natural element that appears around granite formations because gold forms during cooling and solidification of igneous rock. Gold commonly occurs in association with quartz, either as pure gold or as an ore. In the Cuyamaca area, gold is associated with the metasediment called Julian schist. At mines in this area, including the Stonewall Mine in the Park, veins of gold were followed into the bedrock and the surrounding ore excavated. Most streams in the Park have small amounts of gold, since it is constantly being removed from the quartz exposures by weathering.

About poison oak: Usually found in moist, shady areas below 5,000 feet (1,500 m)(Though it sometimes occurs elsewhere). Many people develop severe dermatitis from coming into contact with its leaves or stems. Young leaves are usually reddish, turning glossy green, then red again in the fall. Flowers are tiny and white and the fruit is a small whitish berry.

See "Conspicuous Plants of Cuyamaca Rancho State Park," by Michael Curto-1987, for a list of 30 of the Park's shrubs, with their common and botanical names. 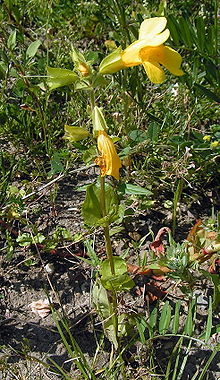 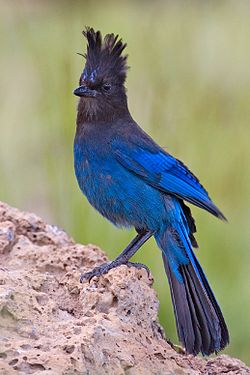 California has over 25,000 identified insect species with several thousand calling Cuyamaca their home. A good place to look for insects is among the plants along fire roads and wide trails. Due to the large number of insect species in the parks, it is not currently possible to provide a list of commonly seen insects. However, the results of a one-day insect walk in Cuyamaca on July 23, 1993 are an indication of the variety of insects in the Park. This survey is included in the "Summary of the Natural and Cultural History of Cuyamaca Rancho State Park, August 1993." 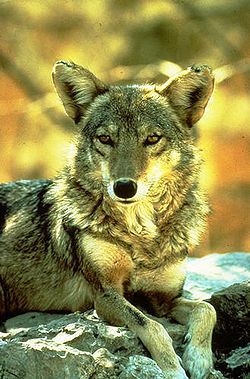 The native Mountain Lion, also known as the Cougar, the Panther, and the Puma, is tawny-colored with black tipped ears and tail. Adult males may be up to eight feet long from nose to end of tail, and generally weigh between 130 and 150 pounds, but can get to as much as 228 pounds. Adult females can be seven feet long and weigh between 65 and 90 pounds.

Mountain lions live in many different types of habitat in California, from deserts to humid coast range forest, and from sea level to 10,000-foot (3,000 m) elevations. They are generally most abundant in areas with plentiful deer and adequate cover. Mountain lions are important members of the natural community and may be found in the park. Normally, lions are very elusive and people rarely get more than a brief glimpse of a mountain lion in the wild. They are, however, unpredictable and have been known to attack people. The predatory behavior of a mountain lion is very similar to the domestic cat. The lion will attempt to conceal itself for a surprise attack while stalking its prey. A crouched position is assumed with the tail twitching and the ears upright. An agitated lion may snarl and lay its ears back.

indigenous peoples in the area date back a minimum of 7000 years. Traces of their ancient and pre-contact civilizations are within the park, which is a Cuyamaca complex archeological site.[4] Early bedrock mortars mark the sites of summer camps and villages. Even the name "Cuyamaca" is a Spanish version of the name the native Kumeyaay peoples used for this place. In water-short Southern California, the Indians called the area Ah-Ha Kwe-Ah Mac, meaning "the place where it rains."

Kumeyaay peoples' traditional lands range from San Diego east through the Cuyamaca and the Laguna Mountains through present day Anza Borrego Desert State Park to beyond the Salton Sea in the east, and south beyond present day Ensenada, Baja California on the Baja California Peninsula in Mexico. A typical band's typical range was a 20-mile (30 km) radius from their winter home. Today thirteen federally recognized Kumeyaay tribes are in San Diego County.

The park is located on the 1845 Rancho Cuyamaca Mexican land grant. With the discovery of gold in Julian in 1869, the Spanish, Mexican, and American governments and settlers changed the Kumeyaay's way of life forever. Disease spread through the Kumeyaay, traditional ways of life were destroyed, and promises broken as the Indians were expelled in 1875 from ancestral lands and taxed without representation. Currently there are about 20,000 Kumeyaay descendants in San Diego County, 10% of whom live on the 18 reservations which range from 6.3 to over 122,000 acres (494 km2).

The Stonewall Mine opened in 1870 and started the boomtown of Cuyamaca City. Peak production at the mine occurred between 1886 and 1891 while employing over 200 workers. In 1889, Cuyamaca Dam was completed and in 1892, Stonewall Mine was permanently sealed after large losses.

In 1923, Ralph Dyar bought the Cuyamaca Rancho and built a summer home. In 1933, he sold his property to the State, thereby creating Cuyamaca Rancho State Park. Now the park is over 26,000 acres (105 km2) of protected wildlife habitat, watershed, archeological sites, botanical reserve, and recreational land with roughly half of the Park classified as Wilderness area.

The beauty and uniqueness of Cuyamaca has the ability to deeply affect visitors. For this reason many people choose to volunteer a portion of their time and energy to the Park or to support the Cuyamaca Rancho State Park Interpretive Association (CRSPIA) with donations and memberships. The CRSPIA is an educational/interpretive organization that helps to support the park and its volunteer programs. There are five volunteer units in Cuyamaca:

Cuyamaca Rancho State Park offers Wi-Fi service. This service enables park visitors with wireless enabled laptop computers or personal digital assistants (PDAs) to access the Internet. Visitors can access this service if within a 150-foot (46 m) range base of the Administrative Headquarters.[5]