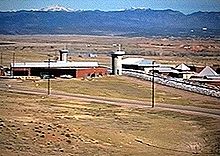 Supermax (short for "super-maximum security") is the name used to describe "control-unit" prisons, or units within prisons, which represent the most secure levels of custody in the prison systems of certain countries.[citation needed] The objective is to provide long term, segregated housing for inmates classified as the highest security risks in the prison system — the "worst of the worst" criminals, those whose crimes have been made popular by the media, and those who pose a threat to national and international security.

Alcatraz Island is a historical prototype of the supermax prison standard.

The United States Penitentiary Alcatraz Island, opened in 1934, has been considered a prototype and early standard for a supermax prison.[1]

An early form of supermax-style prison unit appeared in Australia in 1975, when "Katingal" was built inside the Long Bay Correctional Centre in Sydney. Dubbed the "electronic zoo" by inmates, Katingal was a super-maximum security prison block with 40 prison cells having electronically operated doors, surveillance cameras, and no windows. It was closed down two years later over human rights concerns.[2] Since then, some maximum-security prisons have gone to full lockdown as well, while others have been built and dedicated to the supermax standard.

In recent years a number of US states have downgraded their supermax prisons,[citation needed] as has been done with Wallens Ridge State Prison, a former supermax prison in Big Stone Gap, Virginia. Other supermax prisons that have gained notoriety for their harsh conditions and attendant litigation by inmates and advocates are the former Boscobel (in Wisconsin), now named the Wisconsin Secure Program Facility, Red Onion State Prison (in Western Virginia, the twin to Wallens Ridge State Prison), Tamms (in Illinois), and the Ohio State Penitentiary. Placement policies at the Ohio facility were recently the subject of a U.S. Supreme Court case (Wilkinson v. Austin)[4] where the Court decided that there had to be some, but only very limited, due process involved in supermax placement.

There is only one supermax prison in the United States federal system, ADX Florence in Florence, Colorado. However, many states now have created supermax prisons, either as stand-alone facilities or as secure units within lower-security prisons.[5] State supermax prisons include Pelican Bay in California and Tamms in Illinois. The USP in Marion, Illinois was recently downgraded to a medium-security facility.

In September 2001, NSW Australia opened a facility in the Goulburn Correctional Centre to the supermax standard. While its condition is an improvement over that of Katingal of the 1970s, this new facility is nonetheless designed on the same principle of sensory deprivation.[citation needed] It has been set up for 'AA' prisoners who are deemed a risk to public safety and the instruments of government and civil order, or believed to be beyond rehabilitation.

In supermax, prisoners are generally allowed out of their cells for only one hour a day (in California state prisons they are allowed out for one hour and 30 minutes); often they are kept in solitary confinement. They receive their meals through ports, also known as "chuck holes" or "bean slots," in the doors of their cells. When supermax inmates are allowed to exercise, this may take place in a small, enclosed area where the prisoner will exercise alone.[6]

Prisoners are under constant surveillance, usually with closed-circuit television cameras. Cell doors are usually opaque, while the cells may be windowless. Conditions are plain, with poured concrete or metal furniture common. Often cell walls, and sometimes plumbing, are soundproofed to prevent communication between the inmates.[citation needed]

Supermax and Security Housing Unit (SHU) prisons are controversial; some claim[7] that the living conditions in such facilities violate the United States Constitution, specifically, the Eighth Amendment's proscription against "cruel and unusual" punishments. In 1996, a United Nations team assigned to investigate torture described SHU conditions as "inhuman and degrading".[8] A New York Bar association study comprehensive study suggests that Super max prisons constitute "torture under international law" and "cruel and unusual punishment under the U.S. constitution."[9]

The U.S. government houses a number of convicted terrorists, gang leaders, spies and similar prisoners in a super max prison known as ADMAX, the Federal administrative maximum security prison in Florence, Colorado, west of Pueblo. Al-Qaeda terrorist Zacarias Moussaoui was sentenced to life without parole at Florence upon his conviction on May 4, 2006.[citation needed] Residents also include Theodore Kaczynski, a domestic terrorist otherwise known as the Unabomber who once attacked via mail bombs; Robert Hanssen, American FBI Agent turned Soviet spy; Terry Nichols, an accomplice to the Oklahoma City bombing; and Richard Reid, jailed for life for attempting to detonate explosive materials in his shoes while on board an aircraft. 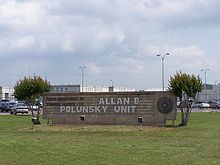 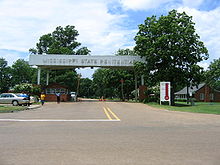 This list is incomplete; you can help by expanding it.
Most of these facilities only contain supermax wings or sections, with other parts of the facility under lesser security measures.

In Brazil, the "regime disciplinar diferenciado"(differentiated disciplinary regime), known by the acronym RDD, and strongly based on the Supermax standard, was created primarily to handle inmates who are considered capable of continuing to run their crime syndicate or to order criminal actions from within the prison system, when confined in normal maximum security prisons that allow contact with other inmates. Since its inception, the following prisons were prepared for the housing of RDD inmates: