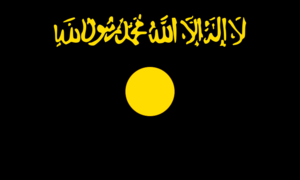 caption = One version of the flag of al-Qaeda
leader =