Memory improvement is the act of improving one's memory.

Medical research of memory deficits and age-related memory loss has resulted in new explanations and treatment techniques to improve memory, including diet, exercise, stress management, cognitive therapy and pharmaceutical medications. Neuroimaging as well as cognitive neuroscience have provided neurobiological evidence supporting holistic ways in which one can improve memory.

Understanding that the human brain can change through experience is the first step to improving memory function. It was once thought that the adult brain was a fixed entity, however it has been found that the brain is actually a highly flexible and plastic organ that changes based upon our experiences, emotions and behavior.[1] Neuroplasticity is the mechanism by which the brain encodes experience, learns new behaviours and relearns lost behaviour if the brain has been damaged.[2]

Experience-dependent neuroplasticity suggests that the brain changes in response to what it experiences. London taxicab drivers provide a great example of this dynamic. They undergo extensive training for 2-4 years, learning and memorizing street names, layout of streets within the city and the quickest cross-city routes. After studying London taxicab drivers over a period of time, it was found that the grey matter volume increased over time in the posterior hippocampus, an area in the brain involved heavily in memory. The longer taxi drivers navigated the streets of London, the greater the posterior hippocampal gray matter volume. This suggests a correlation between a healthy person's mental training or exercise and their brains capacity to manage greater volume and more complex information.[3]

Decades of neuroscience research of people with brain trauma or brain damage has resulted in the identification of 10 factors that may affect the outcome of their rehabilitation. They are also general guidelines to improve the memory of healthy individuals.

Research has found that chronic and acute stress have adverse effects on memory processing systems. Therefore, it is important to find mechanisms in which one can reduce the amount of stress in their lives when seeking to improve memory.

Animal and human studies provide evidence as they report that acute stress impairs the maintenance of short-term memory and working memory and aggravates neuropsychiatric disorders involved in short-term and working memory such as depression and schizophrenia.[6] Animal studies with rats have also shown that exposure to acute stress reduces the survival of hippocampal neurons.[16]

One of the roles of the central nervous system (CNS) is to help adapt to stressful environments.[6] It has been suggested that acute stress may have a protective function for individuals more vulnerable to their own stress hormones. Some individuals, for example, are not able to decrease or habituate their cortisol elevation, which plays a major role in hippocampal atrophy.[17] This over-response of the central nervous system to stress therefore causes maladaptive chronic stress-like effects to memory processing systems.[6]

Cognitive training in areas other than memory has actually been seen to generalize and transfer to memory systems. For example, the Improvement in Memory with Plasticity-based Adaptive Cognitive Training (IMPACT) study by the American Geriatrics Society in 2009 demonstrated that cognitive training designed to improve accuracy and speed of the auditory system presented improvements in memory and attention system functioning as well as auditory functioning.[20]

The manner in which a training study is conducted could affect the outcomes or perspection of the outcomes. Expectancy/effort effects occur when the experimenter subconsciously influences the participants to perform a desired result. One form of expectancy bias relates to placebo effects, which is the belief that training should have a positive influence on cognition. A control group may help to eliminate this bias because this group would not expect to benefit from the training. Researchers sometimes generalize their results, which can be misleading and incorrect. An example is to generalize findings of a single task and interpret the observed improvements as a broadly defined cognitive ability. The study may result in inconsistency if there are a variety of comparison groups used in working memory training, which is impacted by: training and assessment timeline, assessment conditions, training setting and control group selection.[18]

Psychopharmacology is the scientific study of the actions of drugs and their effects on mood, sensation, thought, and behavior.

Research suggests that what food we eat can influence memory processing. Glucose, flavanoids, fat and calories all affect memory areas of the brain.

The main dietary groups of flavonoids are:

Human and animal research using flavonoids such as grapes, tea, cocoa, blueberries, as well as ginkgo biloba extracts, have all shown beneficial effects on mental performance.[33][34] Flavonoids interact with brain-derived neurotrophic factor (BDNF), a neurotrphin important to long-term potentiation (LTP), to improve human memory by enhancing neuronal function, stimulating neuronal regeneration (neurogenesis) and protecting existing neurons against oxidative and metabolic stress.[34][35][36] They also interact with a signalling pathway increasing neurotrophin proteins, synaptic strength between neurons and synaptic plasticity.[5][34][37] Human brain-imaging studies demonstrate that when consuming flavanol-rich cocoa, there is an increase in cortical blood flow, important to the hippocampus for facilitation of neurogenesis.[38] Flavonoids are suggested to be used as a dietary intervention to improve memory as they are able to enhance neuronal function, stimulate neuronal regeneration and protect existing neurons.[citation needed]

As a person ages, their body's ability to utilize glucose decreases.[41] Studies on glucose and memory have indicated that moderate increases in glucose levels may enhance memory formation in both animals and humans and may play a major role in memory deficits found in aging, healthy young subjects, and people with Alzheimer's disease and Down syndrome.[39][40][41] A dose-response relationship for glucose effects on memory was found to represent an inverted-U, in which moderate doses enhance memory while higher doses impair it.[41] Eating meals more frequently during the day can aid in maintaining moderate blood glucose levels, which provides the brain with a consistent source of high energy.[citation needed]

Data from studies suggests that diets low in saturated fat, cholesterol and calories may reduce the risk of Alzheimer's disease (AD), may aid in protecting and improving memory.[46] 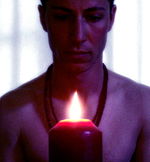 Meditation, a form of mental training to focus attention,[15] has been shown to increase the control over brain resource distribution, improving both attention and self-regulation.[16] The changes are potentially long-lasting as meditation may have the ability to streghten neuronal circuits as selective attentional processes improve.[47] Meditation may also enhance cognitive limited capacity, affecting the way in which stimuli are processed.[15]

Studies have found that meditation significantly decreases stress related cortisol secretion[16] and may elevate brain-derived neurotrophic factor,[47] which protects neurons against stress and stimulates the production of new neurons.[35] Meditation practice has also been associated with physical changes in brain structure. Magnetic resonance imaging (MRI) of Buddhist insight meditation practitioners who practiced mindfulness meditation were found to have an increase in cortical thickness and hippocampus volume compared to the control group.[48] This research provides structural evidence that meditation practice promotes neural plasticity and experience-dependent cortical plasticity.[49] 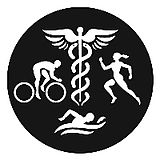 In both human and animal studies, exercise has been shown to improve cognitive performance on encoding and retrieval tasks. Morris water maze and radial arm water maze studies of rodents found that, when compared to sedentary animals, exercised mice showed improved performance traversing the water maze and displayed enhanced memory for the location of an escape platform.[50] Likewise, human studies have shown that cognitive performance is improved due to physiological arousal, which speeded mental processes and enhanced memory storage and retrieval.[51] Ongoing exercise interventions have been found to favourably impact memory processes in older adults[52] and children.[53]

Exercise has been found to positively regulate hippocampal neurogenesis,[54] which is considered an explanation for the positive influence of physical activities on memory performance. Hippocampus-dependent learning, for example, can promote the survival of newborn neurons which may serve as a foundation for the formation of new memories.[55] Exercise has been found to increase the level of brain-derived neurotrophic factor (BDNF) protein in rats, with elevated BDNF levels corresponding with strengthened performance on memory tasks. Data also suggests that BDNF availability at the beginning of cognitive testing is related to the overall acquisition of a new cognitive task and may be important in determining the strength of recall in memory tasks.[50]

Evidence suggests that administering oxygen enhances memory function. For example, adult participants who inhaled oxygen sixty seconds before the presentation of a word list that was to be studied, showed improved recall compared to a group who did not.[56] Blood oxygen saturation and heart rate are positively correlated with each other. Research has found that an increased heart rate during word recall is associated with improved memory performance.[57]

Administering oxygen before the test, though, had no effect, suggesting that increased blood oxygen saturation specifically enhances memory consolidation. It is likely that the availability of brain oxygen can limit cognitive performance if there is not enough supply to meet demand.[56]

Aristotle wrote a treatise about memory: De memoria et reminiscentia. To improve recollection, he advised that a systematic search should be made and that practice was helpful. He suggested grouping the items to be remembered in threes and then concentrating upon the central member of each triad (group of three).[58]

Music playing has recently gained attention as a possible way to promote brain plasticity. Promising results have been found suggesting that learning music can improve various aspects of memory. For instance, children who participated in one year of instrumental musical training showed improved verbal memory, whereas no such improvement was shown in children who discontinued musical training.[59] Similarly, adults with no previous musical training who participated in individualized piano instruction showed significantly improved performance on tasks designed to test attention and working memory compared to a healthy control group.[60] Evidence suggests that the improvements to verbal, working and long-term memory associated to musical training are a result of the enhanced verbal rehearsal mechanisms musicians possess.[61]