The Dark Side of the Moon Live

The Dark Side of the Moon Live

The Dark Side of the Moon Live was a worldwide concert tour by Roger Waters. Waters and his band performed the title piece in its entirety at each show, beginning at the Rock in Rio festival on 2 June 2006.

The tour featured elaborate stage design by Mark Fisher (the architect of Pink Floyd's The Wall shows), including giant puppets, large video screen displays and a 360° quadraphonic sound system. The performances were divided into two sets: the first being a collection of Pink Floyd material and songs from Roger's solo career, and the second The Dark Side of the Moon in its entirety, plus encores.

Pink Floyd's iconic pig has been used extensively during the Dark Side of the Moon tour, introduced on 6 September 2006, the opening night of the US leg, and since appearing at almost every venue. During the tour, the pig has often carried messages critical of the American government, Waters' socialist views, and the support of repressed Latin American populations, including indictments of discrimination and calls for the further prosecution of former dictators. A partial list of the pigs and messages featured at each show can be found at inflatable pigs on Roger Waters' tours.

Waters retained much of the backing band from his 1999–2002 In the Flesh tours, including guitarists Snowy White and Andy Fairweather-Low, backing vocalists Katie Kissoon and P.P. Arnold, plus Graham Broad on drums. Guitarist Dave Kilminster, along with Waters and Jon Carin, sang much of the lead vocal parts performed by David Gilmour and Rick Wright on the original Pink Floyd recordings. Andrew Latimer, leader of the progressive rock group Camel auditioned to be lead guitarist and Gilmour's vocal replacement on the tour, but it was felt his voice could not reach the same high notes, although his guitar playing (often compared to Gilmour's) was exemplary. 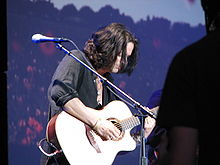 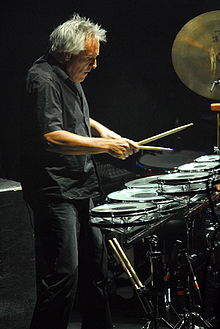 Most of the touring band for Waters has toured with him and other Pink Floyd members for many years and even recorded with them in a few instances.

Waters' former Pink Floyd bandmate Nick Mason played drums alongside Broad at the 12 June show in Iceland, the 29 June show in Ireland, the 1 July show in London, the 12 July show in Italy, and the 14 July show in France. During the North American tour, he performed at both Madison Square Garden shows and all three nights at the Hollywood Bowl. On The 12 May London, Earls Court Mason was introduced on stage to play the second set, the whole of The Dark Side of the Moon and the encores by Waters.

A small personnel change has been made due to two of the band members having already booked April and May 2008.[1] Chester Kamen replaced Andy Fairweather-Low on guitars. Chester toured with Waters in 2002 during the third year of the In The Flesh tour, back then replacing Doyle Bramhall II. Kamen is the brother of pop singer Nick Kamen. Sylvia Mason-James replaced Katie Kissoon on backing vocals. Mason-James also toured with the Pet Shop Boys. These Roger Waters concerts were the first without Fairweather-Low since 1984, when he replaced Tim Renwick, and the first ever without Kissoon.

The tour's set list remained constant after 8 June 2006. Earlier shows' sets differed in that they featured "The Gunner's Dream" along with a different running order.[2] A power outage at the 29 June 2006 show forced an early intermission,[3] and so the second set featured "Leaving Beirut" and "Sheep" before The Dark Side of the Moon. 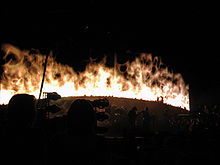 Set two - (The Dark Side of the Moon) 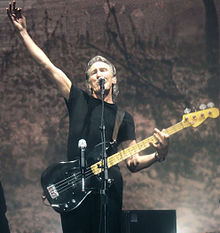 Roger Waters performing Dark Side of the Moon Live in 2007

Former band member Norbert Stachel confirmed that some prerecorded vocals were used on the 2002 leg of the In the Flesh tour.[4]

According to an interview with Roger's manager, a DVD on the tour is in the works but until it is finished there will be no release date.

Waters announced to fans that he would be performing 62 more dates worldwide in 2007.[5] The tour resumed in late January and February with shows in Australia, New Zealand, India, Hong Kong, and China.[6] More shows in South America and Europe, including the UK, followed, with 27 US and Canadian dates in June and July.[7]

On 17 December 2007 it was announced that Roger Waters will play a single one off show in Odense, Denmark 13 May 2008.,[8][9] but on 19 December, only two days later than the first announcement, it was announced he will also play at the Pinkpop Festival in The Netherlands 11 May 2008.[10] On 21 January 2008, a big rumour and a lot of speculation was finally put to rest when it was announced that Roger will also play the annual Coachella Valley Music and Arts Festival in California, on Sunday, 27 April, as the final night's headliner.[11][12]

On 3 February it was announced that Waters will also play in Denver, Colorado, on 30 April, almost eight years since he last played there, on 3 July 2000, during the In The Flesh tour.[13] Two more US dates were confirmed, Dallas on 2 May and Houston on 4 May, both in the state of Texas, again almost 8 years since he has played in the area.[14] On 20 February, another European date was announced, this time in Granada, Spain, 9 May.[15]

On 26 February, what are supposed to be the last dates of the tour as confirmed by Roger Waters' manager, was announced, two concerts in England, 15 May in Liverpool and 18 May in London.[16] Finally, on 5 March a second London show was announced.[17]

The final show of the tour took place on 6 June at the Palace Square in Saint Petersburg, Russia during White Nights.[18]