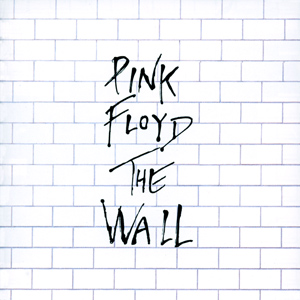 Following in the footsteps of their previous albums, "The Wall" is a - specifically, it deals largely with the theme of from one's peers. This is largely inspired by their 1977 tour promoting the album "Animals", with regards to an incident where ' frustration with someone climbing the netting that separated the band from the audience reached a point where Waters spat in the fan's face. This led him to lament that such a wall exists, which in turn inspired him to base their next album on the theme of isolation from others. With this significantly darker theme, "The Wall" featured a notably harsher and more theatrical sound than their previous releases.

"The Wall" is a that centers on the character "Pink". Largely based on Waters' personal life, Pink struggles in life from an early age, having lost his father in war (" (Part 1)"), abused by teachers (""), nurtured by an overprotective mother ("Mother"), and deserted by his wife later on ("Don't Leave Me Now") - all of which factored into Pink's mental isolation from society, figuratively referred to as "The Wall".

In 1977, Pink Floyd were promoting "Animals" with their "In The Flesh" tour. The final night of the tour, in Montreal, Canada, Waters spat in the face of a fan who was trying to climb over the netting between the audience and the stage, and get up with the band. The incident later helped inspire Waters to develop the idea of "The Wall". [ Waters' spitting incident, from Angelfire.com [http://www.angelfire.com/va/battersea/spit.html] ] The album was recorded at four studios over eight months, owing to English tax laws and to benefit from the cheaper recording costs in the South of France. Tensions between Waters and the band were increasing significantly, largely to do with his dominance over the rest of the band. During the recording, Waters dismissed Richard Wright, and told him to leave immediately after "The Wall" was finished, arguing that Wright was not contributing much, [Wright confirmed this on the US rock radio album premiere of "" in 2000.] in part owing to a addiction.Fact|date=September 2008 Waters claimed that and had supported his decision to fire Wright, but in 2000, Gilmour stated that he and Mason were against Wright's dismissal. [Gilmour confirmed that he was against Wright's dismissal on the U.S. rock radio album premiere of "" in 2000] In his book "", claims that Wright was fired because Columbia Records had offered Waters a substantial bonus to finish the album in time for a 1979 release. Since Wright refused to return early from his summer holiday, Waters wanted to dismiss Wright.

For " (Part II)", Pink Floyd needed to record a school , so they approached music teacher Alun Renshaw of , around the corner from their . The chorus was overdubbed twelve times to give the impression that the choir was larger. The choir were not allowed to hear the rest of the song after singing the chorus. Though the school received a lump sum payment of £1000, there was no contractual arrangement for royalties. Under 1996 UK copyright law, they became eligible, and after choir members were tracked down by royalties agent Peter Rowan of [http://www.rblmusic.com RBL Music] , through the website , they sued. Music industry professionals estimated that each student would be owed around £500. [ [http://www.offthekuff.com/mt/archives/004531.html Off the Kuff: Another lawsuit in the wall ] ]

Originally released on in the U.S. and in the UK, "The Wall" was then re-released as a digitally remastered CD in 1994 in the UK on . In 1997, Columbia Records issued an updated remaster in the United States, Canada, Australia, South America and Japan. For "The Wall"'s 20th Anniversary in April 2000, in the U.S. and EMI in Canada, Australia, South America and Japan re-released the 1997 remaster with the artwork from the EMI Europe remaster. "The Wall" was the first Pink Floyd album since 1967's "" whose cover was not done by and . Instead, designed the cover and gatefold sleeve. David Gilmour recalls Storm Thorgerson falling out with Roger Waters over issues such as the credit for the "Animals" sleeve design.

Listen
filename=The Wall isn't this where we came in.ogg
title="Isn't this where...we came in?"
description=The last second of and the first second of
format=The album's overriding themes are the causes and implications of self-imposed isolation, symbolized by the metaphorical of the title. The album's songs create a very loose storyline sketching events in the life of the protagonist, Pink. Pink loses his father as a child (Waters's own father was killed in Anzio during ), is smothered by his overprotective mother, and is oppressed at school by tyrannical, abusive teachers, each of these traumas becoming "another brick in the wall". As an adult Pink becomes a rock star, but his relationships are marred by infidelity and outbursts of violence. As his marriage crumbles, Pink finishes building the wall and completes his isolation from human contact.

Pink's mindset deteriorates behind his freshly completed wall, with his personal crisis culminating during an onstage performance. Hallucinating, Pink believes that he is a fascist dictator, and his concerts are like Neo-Nazi rallies where he sets his men on fans he considers unworthy, only to have his conscience rebel at this and put himself on trial, his inner judge ordering him to "tear down the wall" in order to open himself to the outside world, and apologizing to his closest friends who are hurt most by his self-isolation. At this point the album's end runs into its beginning with the closing words "Isn't this where..."; the first song on the album, "", begins with the words "...we came in?" – with a continuation of the melody of the last song, "" – hinting at the cyclical nature of Waters's theme.

A version of "The Wall" was released in 1982 entitled "Pink Floyd The Wall", directed by and starring . The screenplay was written by Roger Waters. The film features music from the original album, much of which was re-recorded by the band with additional orchestration, some with minor lyrical and musical changes.

Originally the film was intended to be intercut with concert footage and a few of the live shows were actually filmed, but subsequently not used in the film at all. Footage from these concerts has appeared on different websites from time to time and on . However, an official release of this footage by Pink Floyd has not been authorized other than what was used in the documentary "Behind the Wall".

Immensely successful upon release, "The Wall" quickly jumped to #1 on the in the U.S in its fourth week (it debuted at #53) and #3 in the U.K.. With worldwide sales estimated at 30 million copies, it is the best-selling multiple-disc album of all time. 23 million of those were sold in the U.S alone, making it their best-selling album there. It was among the most popular albums of the early 1980s, to the extent that film director created a film based on it. The album had a string of hit singles, with "" being their only song to hit #1 on the Billboard.

In addition to its commercial success, critical reception of "The Wall" has been, and remains, mostly positive. of "Blender" gave it 5 stars out of a possible 5, stating that, "For all its pomp and lofty ambition, there’s a streak of almost punk-rock venom within, not to mention some of the band’s best humping, thumping heavy rock."

After Waters left Pink Floyd in 1985, a legal battle ensued over the rights to the name "Pink Floyd" and its material. In the end, Waters retained the right to use "The Wall" and its material, as his name has been most closely associated with the album. This meant the sole ownership of all "The Wall" tracks except for the three Gilmour co-wrote the music for ("Young Lust", "" and "") and images relating to "The Wall" on the later 1987–1990 and 1994 tours by the three-man Pink Floyd required payments to Waters.

Waters staged a concert performance of "The Wall" at in on 21 July 1990 both to commemorate the fall of the and as a fundraising effort for the World War Memorial Fund for Disaster Relief. This performance featured guest artists including , and . This performance also differed from previous shows in that some songs from the original album and Pink Floyd concert version were omitted, others were slightly modified, and one Waters solo song, "" was substituted for "Outside The Wall" as the concluding song.

All songs are by except as noted.