The Norge was a semi-rigid Italian-built airship that carried out what many consider the first verified overflight of the North Pole on May 12, 1926. It was also the first aircraft to fly over the polar ice cap between Europe and America. The expedition was the brainchild of polar explorer and expedition leader Roald Amundsen, the airship's designer and pilot Umberto Nobile and American explorer Lincoln Ellsworth, who along with the Aero Club of Norway financed the trip.

Norge was the first N class semi-rigid airship designed by Umberto Nobile and constructed starting 1923. As part of the contract to sell it as the Norge it was rebuilt for Arctic conditions. The pressurised envelope was reinforced by metal frames at the nose and tail, with a flexible tubular metal keel connecting the two. This was covered by fabric and used as storage and crew space. Three engine gondolas and the separate control cabin were attached to the bottom of the keel. Norge was the first Italian semirigid to be fitted with the cruciform tail fins first developed by the Schütte-Lanz company. 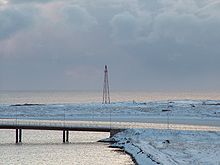 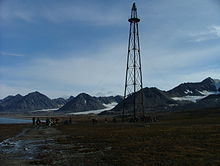 In 1925, Amundsen telegrammed Nobile asking to meet him at Oslo, where he proposed an airship trip across the Arctic. Because Nobile knew the currently flying airship, the N-1, was too heavy for such a trip, he suggested the airship N.[clarification needed] that was under construction. Amundsen insisted on being ready by 1926, so Nobile had to modify N-1 for long range and cold weather. The Norwegians then contracted to buy the N-1, renamed to Norge, which Nobile would prepare.

On 29th March 1926, the ship was officially turned over to Amundsen and Ellsworth during a ceremony near Rome. The flight to the Arctic started off from Rome almost two weeks later, delayed due to bad weather. The first leg ended at Leningrad after a 17 hour flight marred by bad weather, on 15th April. The ship then proceeded to Vadsø in northern Norway, where the airship mast is still standing today. The expedition then crossed the Barents Sea to reach King's Bay at Ny-Ålesund, Svalbard.[1]

There Nobile met Richard Evelyn Byrd preparing his Fokker for his North Pole attempt.[1] Nobile explained the Norge trip was to observe the uncharted sea between the Pole and Alaska where some thought land was; at the time he believed Robert Edwin Peary had already reached the pole.[1] This would be the last stop before crossing the pole. The airship left Ny-Ålesund for the final stretch across the polar ice on May 11 at 9:55.[2]

On May 12 at 01.25 (GMT) they reached the North Pole, at which point the Norwegian, American and Italian flags were dropped from the airship onto the ice.[3] Relations between Amundsen and Nobile, which had been strained in the freezing, cramped and noisy conditions became even worse when Amundsen saw that the Italian flag dropped was larger than either of the others. Amundsen later recalled with scorn that under Nobile, the airship had become "a circus wagon in the sky".[4]

After crossing the pole, ice encrustations kept growing on the airship to such an extent that pieces breaking off would be blown by the propellers and make holes in the hull.

The ice forming on the propellors as we went through the fog, and hurled against the underside of the bag, had pretty well scarred up the fabric covering the keel, though it had not opened up the gas bags or caused any hydrogen loss. We had used up all our cement in repairing the fabric..."[1]

On May 14 the airship reached the Eskimo village of Teller, Alaska where in view of worsening weather, the decision was made to land rather than continue to Nome.[1]

The three previous claims to have arrived at the North Pole—by Frederick Cook in 1908, Robert Peary in 1909, and Richard E. Byrd in 1926 (just a few days before the Norge)—are all disputed as being either of dubious accuracy or outright fraud. Some of those disputing these earlier claims therefore consider the crew of the Norge to be the first verified explorers to have reached the North Pole.

During the three day flight the Norge's radio was unable to transmit their status, until they landed at Teller, where they found a small radio.