Foreign relations of the Netherlands

Foreign relations of the Netherlands

The Dutch Government conducted a review of foreign policy main themes, organization, and funding in 1995. The document "The Foreign Policy of the Netherlands: A Review" outlined the new direction of Dutch foreign policy. The Netherlands prioritizes enhancing European integration, maintaining relations with neighboring states, ensuring European security and stability (mainly through the mechanism of NATO and emphasizing the important role the United States plays in the security of Europe), and participating in conflict management and peacekeeping missions. The foreign policy review also resulted in the reorganization of the Ministry of Foreign Affairs. Through the creation of regional departments, the Ministry coordinates tasks previously divided among the international cooperation, foreign affairs, and economic affairs sections.

The Dutch also pursue defense cooperation within Europe, both multilaterally - in the context of the Western European Union and the European Security and Defence Policy of the EU - and bilaterally, as in the German-Netherlands Corps. In recent years, the Dutch have become significant contributors to UN peacekeeping efforts around the world as well as to the Stabililzation Force in Bosnia and Herzegovina (SFOR) in Bosnia.

The Dutch have been strong advocates of European integration, and most aspects of their foreign, economic, and trade policies are coordinated through the European Union (EU). The Netherlands' postwar customs union with Belgium and Luxembourg (the Benelux group) paved the way for the formation of the European Community (precursor to the EU), of which the Netherlands was a founding member. Likewise, the Benelux abolition of internal border controls was a model for the wider Schengen Accord, which today has 29 European signatories (including the Netherlands) pledged to common visa policies and free movement of people across common borders.

The Dutch stood at the cradle of the 1992 Maastricht Treaty and have been the architects of the Treaty of Amsterdam concluded in 1998. The Dutch have thus played an important role in European political and monetary integration; indeed, until the year 2003, Dutchman Wim Duisenberg headed the European Central Bank. In addition, Dutch financial minister Gerrit Zalm was the main critic of the violation of the Stability and Growth Pact by France and Germany in 2004 and 2005.

The Netherlands is among the world's leading aid donors, giving almost $8 billion, about 0.8% of its gross national income (GNI) in official development assistance (ODA). It is one of five countries worldwide that meets the longstanding UN ODA target of 0.7% ODA/GNI. The country consistently contributes large amounts of aid through multilateral channels, especially the UN Development Programme, the international financial institutions, and EU programs. A large portion of Dutch aid funds also are channeled through private ("co-financing") organizations that have almost total autonomy in choice of projects.

The Netherlands is a member of the European Bank for Reconstruction and Development, which recently initiated economic reforms in central Europe. The Dutch strongly support the Middle East peace process and in 1998 earmarked $29 million in contributions to international donor-coordinated activities for the occupied territories and also for projects in which they worked directly with Palestinian authorities. These projects included improving environmental conditions and support for multilateral programs in cooperation with local non-governmental organizations. In 1998, the Dutch provided significant amounts of aid to the former Yugoslavia and Africa. The Dutch consistently provide significant amounts of relief aid to victims of natural disasters, such as Hurricane Mitch in Central America, the 2004 tsunami in Southeast Asia, and more recent catastrophes in Pakistan and Burma.

As a relatively small country, the Netherlands generally pursues its foreign policy interests within the framework of multilateral organizations. The Netherlands is an active and responsible participant in the United Nations system as well as other multilateral organizations such as the Organization for Security and Cooperation in Europe, Organisation for Economic Co-operation and Development (OECD), World Trade Organization (WTO), and International Monetary Fund.

The Netherlands is one of the founding members of what today is the European Union. It was one of the first countries to start European integration, through the Benelux in 1944 and the European Coal and Steel Community in 1952. Being a small country with a history of neutrality it was the host country for the important Maastricht Treaty and Amsterdam Treaty and is the seat of the International Court of Justice.

The country is one of the major producers of illicit amphetamines and other synthetic drugs. It also functions as an important gateway for cocaine, heroin, and hashish entering Europe. A large portion of the world's XTC consumption is supplied by illegal laboratories from The Netherlands.[citation needed]

The Dutch also work with the U.S. and other countries on international programs against drug trafficking and organized crime. The Dutch-U.S. cooperation focuses on joint anti-drug operations in the Caribbean, including an agreement establishing Forward Operating Locations on the Dutch Kingdom islands of Curaçao and Aruba. The Netherlands is a signatory to international counter-narcotics agreements, a member of the UN International Drug Control Program, the UN Commission on Narcotic Drugs, and is a contributor to international counter-narcotics.

From June 26 until December 22, 2006, two children, Ammar (12 - 13) and Sara (10 - 11), lived in the Dutch embassy in Damascus because of a child custody dispute between the Dutch mother, supported by Dutch law and the Hague Convention on the Civil Aspects of International Child Abduction, and the Syrian father, supported by Syrian law (Syria is no participant of this convention). The children had been living in Syria since 2004, after an alleged international child abduction by the father from the Netherlands to Syria, during a family contact in which he supposedly would visit Paris with them. The children fled to the embassy because they would like to live with their mother in the Netherlands. Minister of Foreign Affairs Ben Bot travelled to Damascus, negotiated and on December 22 the children finally could return to the Netherlands.

Canada has an embassy in The Hague and the Netherlands has one in Ottawa, and three Consulates-General in Toronto, Montreal and Vancouver. Canada and the Netherlands have worked closely together on many foreign issues and enjoy an especially close relationship. To fostering business and commercial relations between the Netherlands and Canada the Dutch business community set up the Netherlands-Canadian Chamber of Commerce.[28] They are both members of the United Nations (and its Specialized Agencies) the World Trade Organization, Interpol, they are both founding members of the North Atlantic Treaty Organization (NATO), the Euro-Atlantic Partnership Council (EAPC) the Organization for Security and Cooperation in Europe (OSCE), and the Stability Pact for South Eastern Europe. Canada and The Netherlands also work together on such issues as the prohibition and elimination of anti-personnel mines, the control of the proliferation of small arms and light weapons, eradicating the worst forms of child labour, the provision of rapid reaction peacekeeping forces to the United Nations (SHIRBRIG) and regional security issues such as Bosnia (SFOR) and Ethiopia and Eritrea (UNMEE).

On September 27, 1993 the Netherlands Ministry of Finance announced The Netherlands - Mexico Tax Treaty and Protocol. The regulations detail the formalities residents of the Netherlands must observe "in order to be exempt from, or obtain a refund of, the Mexican withholding taxes on dividends, interest and royalties."[29] In 2008 Mexico and the Netherlands modified their existing tax treaty, initially signed in 1993 to strength cooperation to curb tax evasion.[30][31]

The United States and the Netherlands often have similar positions on issues and work together both bilaterally and multilaterally in such institutions as the United Nations and NATO. The Dutch have worked with the United States at the World Trade Organization, in the Organisation for Economic Co-operation and Development, as well as within the European Union to advance the shared U.S. goal of a more open and market-led global economy.

The United States and the Netherlands joined NATO as charter members in 1949. The Dutch were allies with the United States in the Korean War and the first Gulf War and have been active in global peacekeeping efforts in the former Yugoslavia, Afghanistan and Iraq. Netherlands also support and participate in NATO and EU training efforts in Iraq. They are active participants in the International Security Assistance Force and Operation Enduring Freedom in Afghanistan.

Rest of the world 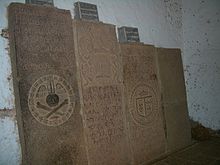 Netherlands has an embassy in Kuala Lumpur, and Malaysia has an embassy in The Hague. The Dutch involvement in the Malay Peninsula used to be much more extensive than it is now. The Dutch established relations with the Sultanate of Johor in the early 17th century, and in 1641 they captured the Portuguese colony of Malacca (on the south-eastern coast of today's Peninsular Malaysia). With a long interruption during the Napoleonic Wars, the Dutch Malacca era lasted until 1824.

In the 20th century, the Netherlands established diplomatic relations with Malaysia soon after the Asian state became independent. The erudite Dutch Sinologist and author Robert van Gulik (who was raised in the former Dutch East Indies himself) served as the ambassador of the Netherlands in Kuala Lumpur in the early 1960s. During his diplomatic service there he became closely acquainted with Malaysia's gibbons (he kept a few in his ambassadorial residence) and became sufficiently interested in this ape species to start the study of its role in ancient Chinese culture, the results of which he later published in his last book (Gibbon in China).[39]