In 2007, the United States Environmental Protection Agency (EPA) listed Arvin as having the highest levels of smog of any community in the United States. The city's level of ozone, smog's primary component, exceeded the EPA's acceptable limits an average of 73 days per year between 2004 and 2006.[4] In Peter Greenberg's 2009 book Don't Go There!, the city is mentioned for its high pollution and ozone levels, although he does mention the main reasons for the pollution are not necessarily its own: its unfavorable geography, which allows airflows from its proximity to Los Angeles and Bakersfield, high amounts of nearby highway traffic, and diesel engines from agricultural vehicles.[5]

Property sales of lots in present-day Arvin began in 1907. The Arvin Post Office was established in 1914 and the community incorporated as a city in 1960.[3] The city was named after Arvin Richardson, who was an area postmaster in the early 1900s.

The Mountain View Oil Field, which underlies the town and much of the surrounding area, was discovered in 1933 and developed extensively in the 1930s. Many oil wells still surround the town; some are slant-drilled to reach formations directly underneath inhabited areas.[6]

The Arvin Tiller started publication in 1939 and Arvin High School was built in 1949. The city was nearly destroyed on July 21, 1952, when the White Wolf Fault ruptured, causing a magnitude 7.3 earthquake. Arvin suffered further damage on December 20, 1977, when a massive duststorm hit the area.

The Arvin Migratory Labor Camp was the first federally operated farm labor camp opened by the Farm Security Administration in 1937, one of many New Deal programs created during the presidency of Franklin D. Roosevelt to respond to the Great Depression.

According to the United States Census Bureau, the city has a total area of 4.9 square miles (13 km2), all of it land.

The economy of Arvin is primarily based on agriculture, and as such the employment statistics show seasonal variation. In March 2011, 41.9 percent of Arvin's residents were out of work, the highest of any city in Kern County.[7]

There were 3,010 households out of which 63.2% had children under the age of 18 living with them, 67.7% were married couples living together, 13.7% had a female householder with no husband present, and 12.1% were non-families. 9.5% of all households were made up of individuals and 5.4% had someone living alone who was 65 years of age or older. The average household size was 4.28 and the average family size was 4.51.

Arvin-Edison Water Storage District tanks are seen in the vicinity.

Arvin's large Hispanic (mostly Mexican) cultural identity is well expressed in store front signs often in Spanish, shops and stores like carnicerias or meat markets, and the residents expressed a strong emotional pull to Mexico, some to Central and South America, and descendants of Basques arrived from Spain as shepherds and vineyard workers also made Arvin their home. The city developed a reputation as a majority Hispanic community in the late 20th century as a result of high Mexican and Central American immigration (farm migrant labor) into a once "all-white" farming community.

Arvin was also a major area of choice for previous waves of Asian (i.e. Chinese, Filipinos and Japanese) and European (mainly Armenian, German and Italian) immigrants, plus the Okies arrived from the dust bowl stricken Great Plains in the 1930s came to work in agriculture. 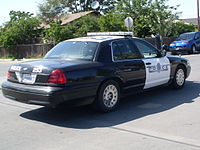 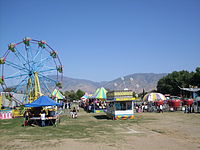 Every Spring the Wildflower Festival is held at Smothermon Park.