Marion County was created in 1844 from portions of Alachua, Mosquito (Orange), and Hillsborough counties. Until 1853, Marion County included most of what are now Lake and Sumter counties. In 1849, Putnam County was created and took the northeast portion of Marion. Levy County’s creation took some of the western portion of Marion in 1877. The county is named after General Francis Marion of South Carolina, a guerilla fighter and hero of the American Revolutionary War. The Act creating the county of Marion of the Territory of Florida was signed on March 14, 1844, by the territorial governor, R. K. Call. Many of the early settlers of Marion County were from South Carolina. The county motto is "Kingdom of the Sun." Farms in the county are known for breeding champion race horses such as Affirmed and Needles.

Shortly after Marion County was formed the first known Sheriff, William Strifel, was appointed over the county, but the only known fact was that Sheriff Strifel only served for the remainder of that year. The Marion County Sheriff’s Office came into being as a result of the State Charter in 1845.

The first Sheriff was Edmund Davis Howse, who was sworn in on October 31, 1845. Sheriff Howse served until 1851. The first jail was built about 1847 on the northwest corner of what is now the downtown square in Ocala. Marion County’s first real courthouse was planned in 1850, and constructed on the town square in 1851. It was described as a two story, stately looking frame building of colonial design. The first floor contained offices, with the courtroom on the second. The jail was described as a small building about fifteen feet square, with two stories. The entrance to the lower floor was through the upper floor. In 1854, a new jail was constructed away from the Square because of complaints that the jail detracted from the new courthouse on the square.

Simeon Halvenston was the second Sheriff of Marion County, and served from 1852 to 1855, apparently not finishing his term due to the political situation. Norman A. McLeod was installed as Sheriff in 1856, but lasted only a short time before Simeon Halvenston was re-elected, serving the second time from 1857-1859. In 1859, Daniel Cappleman was elected the fifth Sheriff of Marion County, serving from 1860 to 1863. 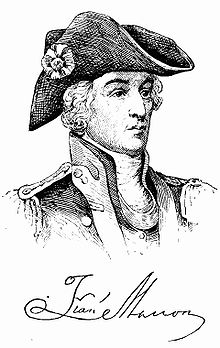 Marion County is inland, centered between the Atlantic Ocean to the east and the Gulf of Mexico to the west. Because of this, Marion County is not affected as much by hurricanes as the more coastal counties to its east and west are. However, tornadoes are a major threat to this region of the state. Although Marion County is not near either of Florida's coasts, it is situated slightly to the west. Therefore, it takes a little less than an hour to get to the Gulf of Mexico while it takes about half an hour longer to get to the Atlantic Ocean.

The Florida Department of Corrections operates facilities in unincorporated areas in the county, including the Lowell Correctional Institution and the Lowell Annex.[8][9] The annex houses Florida's female death row.[10]