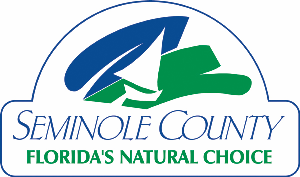 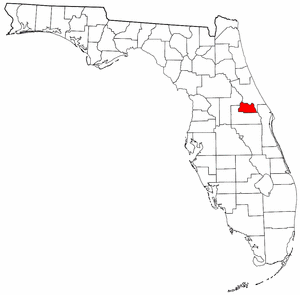 On July 21, 1821, there were two counties that formed Florida: Escambia to the west and St. Johns to the east. In 1824, the area to the south of St. Johns County became Mosquito County, and Enterprise was named the County Seat. This large county was renamed Orange County in 1845 when Florida became a state. For the next 70 years, Orange County would split into numerous other counties. Seminole County was one of the last counties to emerge from Orange County.

Seminole County was created on , out of part of the northern portion of Orange County by the . It was named for the tribe of Indians. The name "Seminole" is thought to be derived from the Spanish word "cimarron," meaning "wild" or "runaway."

The government currently operates under a County Charter originally adopted in 1989 and amended in November, 1994. Policymaking and the legislative authority are vested in the Board of County Commissioners, a five-member board elected to four-year terms in partisan, countywide elections and from single member districts. The Board adopts the County budget, levies property taxes and other fees, and hires the County Manager and County Attorney. In addition to the Board there are five Constitutional Officers who are elected to partisan, four-year terms in accordance with the constitution of the State of Florida.

The Constitutional Officers, Clerk of the Circuit and County Courts, Sheriff, Tax Collector, Property Appraiser, and Supervisor of Elections, maintain separate accounting records and budgets. The Board funds a portion or, in certain instances, all of the operating budgets of the County's Constitutional Officers.

The County provides a full range of services; the construction and maintenance of the County's infrastructure, public safety, recreation, health and human services, and development and protection of the physical and economic environment.

In addition to the County Government described above, there are other political entities which are controlled by the County:
*
*
*
*

Seminole County's location between Volusia County and Orange County has made it one of the fastest growing counties in Florida. The Greater Orlando Metropolitan District which includes Seminole, Osceola, and the surrounding counties of Lake and Orange counties, together with neighboring Volusia and Brevard counties create a viable, progressive and diverse setting for economic growth and residential development.

There were 139,572 households out of which 33.90% had children under the age of 18 living with them, 54.30% were married couples living together, 11.50% had a female householder with no husband present, and 30.30% were non-families. 22.90% of all households were made up of individuals and 6.60% had someone living alone who was 65 years of age or older. The average household size was 2.59 and the average family size was 3.07. The Department of Education states that in 2003, school enrollment was approximately 72,630. As of 2006, the Seminole County School District was the 52nd largest in the nation. [cite web|url=http://nces.ed.gov//pubs2008/revexpdist06/tables/table_07.asp?referrer=report|title=National Center for Educations Statistics - 100 Largest School Districts in the United States|accessdate=2008-07-31]

Because of the massive in the area and outdated and unplanned transit infrastructure, traffic congestion is a growing concern. Fundamentally, the lack of east-west mobility in the area creates severe traffic issues every weekday. Many residents of Seminole County work in Orange County, and those in northern commute through Seminole County daily to Orange County.

Per Capita Income and Unemployment Rate