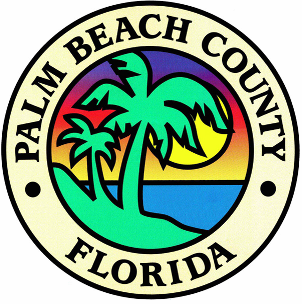 , who made his home in Palm Beach, was instrumental in the county's development in the early 1900s with the extension of the through the county from Jacksonville to Key West.

The boundaries of exactly match the county's. Originally, it was part of , and later .

There were 474,175 households out of which 24.90% reported children under the age of 18 living in the household, 50.80% were married couples living together without children, 9.70% had a female householder with no husband present, and 35.90% were non-related individuals. 29.20% of all households were made up of individuals and 14.60% had someone living alone who was 65 years of age or older. The average household size was 2.34 and the average family size was 2.89.

Palm Beach County has trended heavily towards Democrats in recent Presidential Elections. It was the center of a worldwide media storm in 2000, when it was for the recount in the extremely controversial election between eventual winner over . The controversy stemmed from the infamous in Palm Beach County, where many voters later claimed they mistakenly voted for Independent Pat Buchanan instead of Al Gore because of the design of the ballot. In the end, Gore won the county, but Bush captured the state by just 537 votes (out of nearly 5 million cast, a difference of .009%) after the recount was halted by the US Supreme Court. ()

The are an American Basketball Association 2006 expansion franchise.

Currently, the and conduct their at in Jupiter.

Prior to the construction of Roger Dean Stadium, the and held their spring training at Municipal Stadium in West Palm Beach. The , a Single-A affiliate of the , also played their games there.