Oxford comprises the city of Woodstock, the towns of Ingersoll and Tillsonburg, and the townships of Blandford-Blenheim, East Zorra-Tavistock, Norwich, South-West Oxford and Zorra.

In 1788, the Hesse District was established within Upper Canada covering the territory of what is today southwestern Ontario. Four years later it became the Western District with the establishment of Norfolk County which included the territory of present-day Oxford County. In 1793, Abraham Canfield a United Empire Loyalist from Connecticut, settled in the "Township of Oxford on the Thames". In 1798, these lands were included into a new London District. The Brock District, containing the Oxford County territory, was then split off from the London District in 1840, after Upper Canada had been replaced by the Canada West portion of the Province of Canada governance.

The boundaries of Oxford county for most of its existence were established in 1850 with the implementation of the Baldwin Act. In 1855, Norwich Township in the county's southeast was divided into North and South townships to accommodate significant population levels in that area. Except for this adjustment, the township boundaries within the county remained intact until the late 20th century.

On 1 January 1975, major revisions to Oxford County's structure took effect when the townships were compressed to the current five under an amalgamation. Three urban municipalities also remained, namely Ingersoll, Tillsonburg and Woodstock. Today's county boundaries also show slight adjustments to include the urban areas of Tavistock in the north and of Tillsonburg in the south. 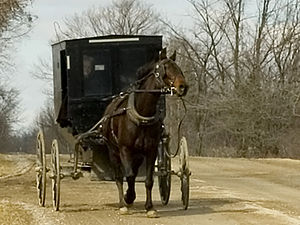 Because of its designation as a regional municipality, Oxford County has a regional-level police force, titled the Woodstock Police Service. However, a few communities such as Ingersoll, Norwich and Tillsonburg are patrolled by the Ontario Provincial Police (OPP) Oxford detachment.[2] Recently many townships opted to remove OCPS from service and now relies upon the OPP. OCPS has become the Woodstock Police Service and now only serves inside Woostock city limits.