Meguro (目黒区, Meguro-ku?) is one of the 23 special wards of Tokyo, Japan. It calls itself Meguro City in English.[1][2]

Meguro hosts fifteen foreign embassies and consulates. One of Tokyo's most exclusive residential neighborhoods (Kakinokizaka) is located in Meguro.

The area now known as Meguro was originally two towns, Meguro proper and Hibusuma, all parts of the former Ebara District of Musashi Province. The two were merged into a Meguro ward for Tokyo City in 1932 and since then the ward has remained with no alterations to its territory. 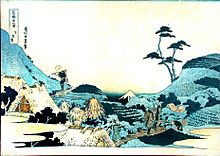 The current mayor is Aoki Eiji, an independent. Meguro has a city assembly with 36 elected members. 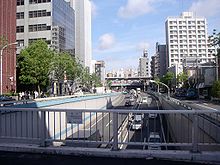