Niigata, Niigata
This article is about the capital of Niigata Prefecture, Japan. For other uses, see Niigata.

Niigata (新潟市, Niigata-shi?) is the capital and the most populous city of Niigata Prefecture, Japan. It lies on the northwest coast of Honshu, the largest island of Japan, and faces the Sea of Japan and Sado Island.

With a long history as a port town, Niigata became a free port following the Meiji Restoration. Niigata's city government was established in 1889. Mergers with nearby municipalities in 2005 allowed the city's population to jump to 810,000. The annexation of the surrounding area has also given the city the greatest rice paddy field acreage in Japan. On April 1, 2007, it became the first government-designated city on the Japan Sea coast of Honshu.

People have inhabited the Niigata area since the Jōmon period, though much of the current land was still beneath the sea at the time. According to the Nihonshoki, a fortress was built in the area in AD 647.

A system of canals was constructed on the main island of Niigata in the 17th century. During this period, the courses of the Shinano and Agano rivers gradually changed until they poured into the Sea of Japan at the same location. As a result, Niigata prospered as a port town, serving as a port of call for Japanese trade ships traversing the Sea of Japan.

The Matsugasaki Canal was constructed in 1730 to drain the Agano River area, but in 1731, flooding destroyed the canal and caused it to become the main current of the Agano River. As a result, the volume of water flowing into the port of Niigata decreased, which in turn allowed land reclamation efforts and the development of new rice fields to proceed.

In 1858, Niigata was designated as one of the five ports to be opened for international trade in the Japan-U.S. Treaty of Amity and Commerce. However, the shallow water level in the port delayed the actual opening to foreign ships until 1869. The port also served as a valuable base for fishermen who roamed as far north as the Kamchatka Peninsula to catch salmon and other fish.

In 1886, the first Bandai Bridge was built across the Shinano River to connect the settlements of Niigata on the east and Nuttari on the west. Niigata annexed Nuttari in 1914.

During World War II, Niigata's strategic location between the capital of Tokyo and the Sea of Japan made it a key point for the transfer of settlers and military personnel to the Asian continent, including Manchukuo.

In 1945, near the end of the war, Niigata was one of four cities, including Hiroshima, Kokura, and Nagasaki, picked as a target for the atomic bomb if Japan did not surrender. The governor of Niigata Prefecture ordered the people to evacuate as rumors of an impending bombing spread, and the city was completely deserted for days. Poor weather conditions and its distance from the Allied fleet meant that it discounted as a target during deliberations; Nagasaki was bombed instead.

A view of Niigata City and Shinano River from observation deck of Niigata Prefecture Building.

Some effects of liquefaction during the 1964 Niigata earthquake

In 1950, construction of Niigata Station was completed, extending the downtown area from Bandai Bridge. A devastating fire in 1955 destroyed much of the downtown area, but eventually the city recovered. In 1964, the old canals that flowed throughout the city were filled in to make way for more roads.

In 1965, the Agano River running through Niigata was polluted with methylmercury from the chemical plant of the Showa Electrical Company. Over 690 people exhibited symptoms of Minamata disease and the outbreak became known as Niigata Minamata disease.

In 1982, Shinkansen (bullet train) service on the Joetsu shinkansen line began between Niigata and Omiya, with service to Ueno added in 1985. The line was extended all the way to Tokyo in 1991.

The 2004 Chūetsu earthquake did not cause any significant damage in Niigata City itself, allowing the city to work as a relief base.

The size and the population of Niigata city increased over the four-year period between 2001 and 2005, due to a series of municipal mergers. On April 1, 2007, Niigata City became first city on the west coast of Honshū to become a government-designated city.

In July 2007, the Chūetsu offshore earthquake, measuring 6.9 on Richter scale, rocked Niigata Prefecture. Though the earthquake was felt in the city, there was little damage, which allowed Niigata City to provide aid to the devastated areas.

On March 12, 2011, several hours after the massive 9.0 Tohoku earthquake struck off the east coast of Honshu, Niigata and Nagano Prefectures experienced an estimated magnitude 6.6 earthquake.

Niigata City features a humid subtropical climate. The climate in Niigata City is characterized by its high humidity and strong winds from the Sea of Japan. While many other parts of Niigata Prefecture tend to have heavy snow, Niigata City itself usually receives less due to its low-lying elevation and the shielding effect of Sado Island.

In summer, the south wind makes the weather rather hot. Typhoons usually bring strong foehn winds to this area, generally causing somewhat higher temperatures than in other parts of Japan. The weather on the west coast of Honshū tends to be better during the summer months than on the Pacific coast.

A view of Niigata out the window from Hotel Rich

Niigata is situated on a fertile coastal plain on the Sea of Japan coast, facing Sado Island. The Shinano River and Agano River flow through the city.

Numerous wetlands, such as the Fukushimagata wetlands, can be found within the city limits. The Sakata lagoon is registered as a wetland of international importance under the Ramsar Convention.

Niigata City's low elevation and abundant water have made flood control and land reclamation important issues for the area throughout its history.

The city is sometimes called the "City of Water"(水の都 Mizu-no-miyako) because of the two rivers that flow through it, its position next to the Japan Sea, its many wetlands, and the canals that used to run through the city. It is also sometimes referred to as the "City of Willows"(柳の都 Yanagi-no-miyako or 柳都 Ryuto) because of the willow trees that lined the old canals. In recent years, the city has been promoting itself as a "Designated City of Food and Flowers" (食と花の政令市 Shoku to hana no seireishi), highlighting its agricultural areas outside of the city center.

A map of Niigata's Wards

Niigata has had system of wards (ku) since April 1, 2007:Map There is an image color in the Wards.

In addition, special exchange agreements have been set up with[citation needed]

East Japan Railway Company runs a number of stations in the Niigata urban area. The largest station in Niigata City is Niigata Station. It is centrally located in the Bandai area, one of the two main shopping districts in downtown Niigata. Approximately 37,000 passengers use the station daily. The Joetsu Shinkansen, whose last stop is Niigata Station, provides daily service to Tokyo. The Shin'etsu Line, Hakushin Line, Echigo Line, Uetsu Line, and Ban'etsu West Line are also serviced by Niigata Station. From there you can reach Kanazawa, Toyama, Aomori, Akita, Sakata and Aizuwakamatsu.

Niigata Kotsu Dentetsu Line and Kambara Dentetsu trains used to run through the city until the late 1990s; however, they no longer exist.

Niigata also used to be the terminus of the Mangyongbong-92 ferry, one of the direct connections between Japan and North Korea. 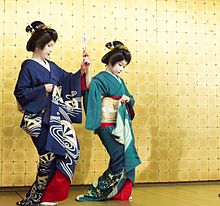 Cultural facilities and points of interest