Chiba (千葉市, Chiba-shi?) is the capital city of Chiba Prefecture, Japan. It is located approximately 40 km east of the center of Tokyo on Tokyo Bay. Chiba City became a government designated city in 1992. Its population as of 2008 is approximately 960,000.

Chiba City is also one of the Kantō region's primary seaports, and is home to Chiba Port, which handles one of the highest volumes of cargo in the nation. Much of the city is residential, although there are many factories and warehouses located along the coast. There are several major urban centers in the city, including Makuhari, a prime waterfront business district in which Makuhari Messe is located, and Central Chiba, in which the prefectural government office and the city hall are located.

Chiba is famous for the Chiba Urban Monorail, the longest suspended monorail in the world, as published in the Guinness Book of World Records. Some popular destinations in the city include: Kasori Shellmound, the largest shellmound in the world at 134,000m2, Inage Beach, the first artificial beach in the nation which forms part of the longest artificial beach in Japan, and the Chiba City Zoological Park, which gained popularity because of the red panda Futa, who stands with human-like posture.

The city was founded on January 1, 1921 and was designated on April 1, 1992 by government ordinance.

In the Heian period, the first records related to the city of Chiba record the emigration of Taira Tsuneshige (平常重) to Chiba. He proclaimed himself "Chiba no Suke" (千葉介) and governed around the region we know as Chiba city today. His descendants claimed the family name of "Chiba" and continued dominance of this region until the Muromachi period. In the Kamakura period, Chiba Tsunetane (千葉常胤) helped Minamoto Yoritomo (源頼朝) establish the Kamakura Bakufu. This made the Chiba clan important in the Kamakura Bakufu. He built Inohana castle on Inohana mountain and moved his headquarters to it from Oohji castle.

Their power and influence declined because of wars around the Kantō region during the Nanboku-cho and Muromachi periods. In the 16th century, instead of the Chiba clan, the Hara clan, which was one of the servants of Chiba clan, wielded power in this region. In the Sengoku period, the Hara clan was forcibly removed by Yoshiaki Ashikaga (足利義明, not to be confused with 足利義昭). Then, Yoshiaki Ashikaga was also removed by the Sakai (酒井 not to be confused with the Sakai clan in Mikawa) clan, which was one of the servants of the Satomi (里見) clan. Finally both the Chiba and Sakai clans were annihilated by Toyotomi Hideyoshi.

In the Edo period, both the Oyumi (生実) (Morikawa (森川)) clan and the Sakura (佐倉) clan governed the region. A part of the region was governed directly by the Tokugawa Bakufu. The Oyumi clan governed their territory stably. On the other hand, according to the Sakura clan, in the beginning of the Edo period, the governor was frequently changed by various events, such as Takeda Nobuyoshi (武田信吉), Matsudaira Tadateru (松平忠輝). Ogasawara Yoshitsugu (小笠原吉次), Doi Toshikatsu (土井利勝) and so on. Finally the Hotta (堀田) clan stably governed their territory. 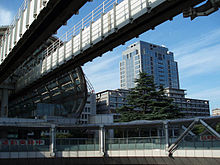 Chiba was governed by Keiichi Tsuruoka, an independent (elected with support of LDP and Kōmeitō), until May 1, 2009. He had been arrested in April 2009 during a corruption investigation by the Tokyo Metropolitan Police. He was succeeded by Toshihito Kumagai of the DPJ, who won election in June 2009.[1]

The city assembly has 54 elected members.

Chiba Prefecture is famous for peanuts, or rakkasei. One of the many points of interest is the Experimental Station for Landscape Plants. 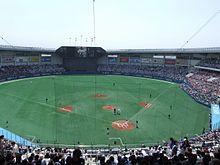 Home Stadium of the Chiba Marines.

Chiba plays host to the annual International Chiba Ekiden and the Chiba International Cross Country takes place just outside of the city. Chiba Velodrome is located within the city.

Chiba is home to several professional sports teams, most notably: 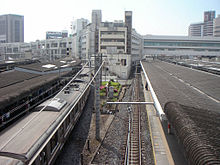 Colleges and universities in Chiba include: