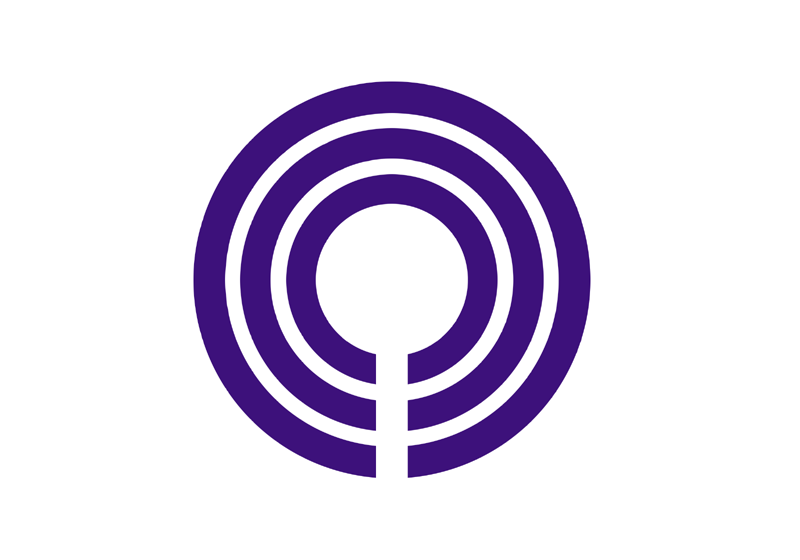 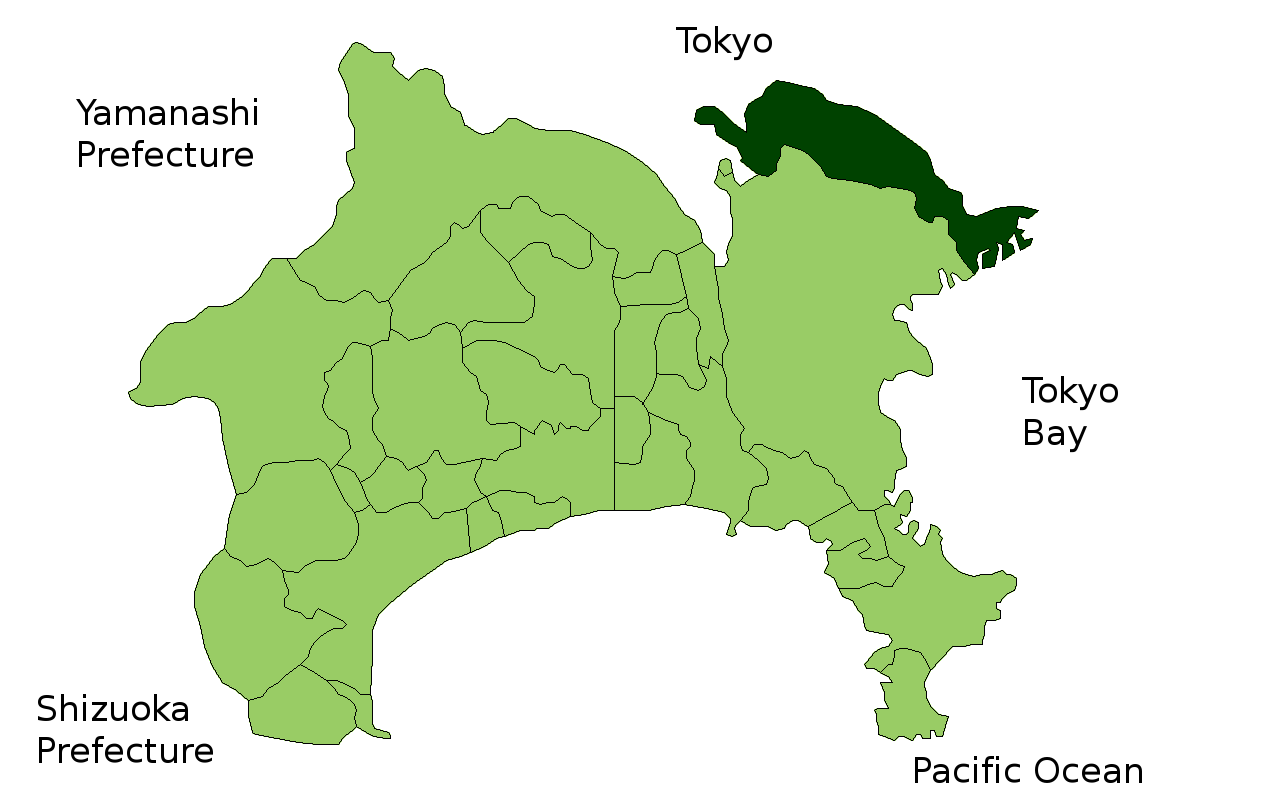 Elevation =nihongo|Kawasaki|川崎市|Kawasaki-shi is a city located in Kanagawa, , between Tokyo and . It is the 8th most populated city in Japan and one of the main cities forming the and .

Kawasaki occupies a belt of land stretching about 30 km along the south bank of the , which divides it from Tokyo. The eastern end of the belt, centered around JR , is flat and largely consists of industrial zones and densely built working-class housing. The coastline of is occupied by vast heavy industrial complexes built on reclaimed land.

The western area of Kawasaki, also known as the , largely consists of newly developed residential areas which are connected to Tokyo by the and . The area also houses several university campuses, suburban commercial developments and light industrial complexes.

Kawasaki gained increased political importance during the as a stop for travelers on the between Edo and points west. In the early Japan's first railroad, the , was built along the Tokaido route through eastern Kawasaki, spurring the area's growth as an industrial center.

Under Japan's first local government law enacted in 1899, eastern Kawasaki was designated as a town while the remainder of the present-day city was incorporated as twelve villages, two of them within the jurisdiction of Tokyo Prefecture. Kawasaki City was founded on , by the merger of two towns and one village surrounding Kawasaki Station, and was expanded to its current size in 1939 (except for certain offshore areas which were reclaimed later).

Much of Kawasaki's industrial infrastructure was destroyed by American bombings in 1945, but the city rebounded following the war, especially in its western residential areas. Kawasaki became a designated city on , and was divided into five wards, two of which were further subdivided in 1982 for a total of seven wards.

Kawasaki is governed by mayor , an independent supported by the Liberal Democratic Party and Komeito. The city assembly has 63 elected members.

* : Located in Kawasaki-ku. Opened in 1952, and was used as a home field for professional baseball teams (see below) from 1954 to 1991. The stands were taken down in 2001, and is currently used for games and other events in addition to baseball.
* : Located in Nakahara-ku. Maximum capacity of 5,000 people. Used for preliminary rounds of high school baseball and American football games.

* : Located in Nakahara-ku. Maximum capacity of 25,000 people. Opened in 1964, the stadium underwent several renovations before becoming the home field for the . Also used frequently for track & field competitions.

The first professional baseball team in Kawasaki were the , who used Kawasaki Stadium as their secondary homefield when the stadium was opened in 1952. The first official team to declare Kawasaki their home were the , established in 1954 as the eighth team in the . The team was created from beer manufacturer 's own pocket money, and was mostly made up of players who had been cut from other teams, resulting in poor finishes each year. The team ended up becoming a huge financial mess, and was merged with the team before the start of the 1957 season.

In 1955, the (current ) moved from to Kawasaki, becoming the second professional baseball team to call Kawasaki home. The Whales team saw increased attendance at home games, but failed to make any impact in the standings until 1960, when the team won the pennant and swept the Pacific League champions in the Japan Series. The team went on to place a close second behind the in 1964, but quickly dropped down into obscurity in the standings afterwards.

In 1978, the Taiyo Whales relocated to the newly erected , overriding protest from Kawasaki citizens. The (current ) had wanted a home stadium located near (the Lotte team was based in Tokyo, but played most of their games in ), and moved in the same year. The team saw low attendance, but Kawasaki Stadium was the site for several important records in Japanese baseball history, including 's 3,000th hit, 's consecutive triple crowns from 1984 to 1985, and the dramatic league championship game on , against the . However, Lotte moved away to in 1992, becoming the third and last professional baseball team to be based in Kawasaki.

In research conducted in the aftermath of the , it was discovered that Kawasaki Stadium would not withstand an earthquake above magnitude 5. The stadium's stands were taken down, dimming any chances of it being used as a home field once again. The last professional game held at Kawasaki Stadium was a pre-season game between the Yokohama BayStars and Chiba Lotte Marines. Todoroki Baseball Stadium is also located in Kawasaki, but lack of equipment prevents it from being used in professional games.

Before the start of the J. League, there were several former teams already playing in the Kawasaki region. At the formation of the J. League in 1993, they refused to be merged into one team, resulting in 's football club becoming the professional football team of Kawasaki. Yomiuri had originally wanted to be based in Tokyo, but lack of adequate stadiums there forced them to hold most of their games in .

The team was renamed to , and became the season champions for the first two seasons of J. League. The team enjoyed massive popularity, having star players such as and . However, the city did very little to improve the sorry state of the team's home stadium until protest from citizens forced them to fix up the field. It took two years for the stadium to be expanded to a J. League regulation-size (25,000 capacity) stadium.

The former JSL teams in Kawasaki (Toshiba, NKK) were either disbanded or moved to other cities, and Verdy Kawasaki moved to in 2000 to become and leave Kawasaki without a J1 (J. League division 1) soccer team. , formed in 1997 from 's old JSL team, was demoted to J2 in 2001, but returned to J1 in 2004. Frontale aims to reinforce its ties with the city through avid participation in community events.

Only one railway line links the east and western ends of Kawasaki city (JR ), whereas a multitude of train lines traverse the city north to south, making access to central Tokyo much more convenient than travel within Kawasaki itself. A subway line is planned between Kawasaki station in the east and Shin-Yurigaoka in the west.

Major transit points are , , area, and .

The , a - across Tokyo Bay, connects Kawasaki and the city of Kisarazu in Chiba Prefecture.

The public high schools in Kawasaki are operated by the .

* : the second most visited temple in the Kantō area.
* : a park with a collection of 20 "", or traditional farmhouses, from various areas in Japan.
* : eastern Kawasaki has the second largest concentration of Koreans in Japan after . In 1997 it became the first municipality to allow non-Japanese nationals to take civil service employment.

Kawasaki has several factories and development bases of the companies of heavy industry (e.g., , ) and high technology (, , , and Japan).