Composer
This article is about composers of music. For the HTML editor, see Mozilla Composer. 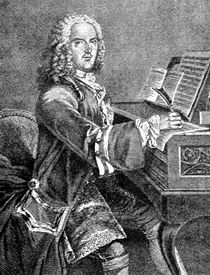 A composer (Latin com+ponere, literally "one who puts together") is a person who creates music, either by musical notation or oral tradition, for interpretation and performance, or through direct manipulation of sonic material through electronic media[clarification needed]. The level of distinction between composers and other musicians varies, which affects issues such as copyright[specify] and the deference given to individual interpretations of a particular piece of music.[citation needed] In the development of European music, the function of composing music initially did not have much greater importance than that of performing it.[citation needed] The preservation of individual compositions did not receive enormous attention and musicians generally had no qualms about modifying compositions for performance. Over time, however, the written notation of the composer came to be treated as strict instructions from which performers should not deviate without good practical or artistic reason. Performers do, however, play the music and interpret it in a way that is all their own. In fact, in the concerto form, the soloist would often compose and perform a cadenza as a way to express their individual interpretation of the piece.

Inasmuch as the role of the composer in western art music has seen continued solidification, in alternative idioms (i.e. jazz, experimental music) it has in some ways become increasingly complex or vague. For instance, in certain contexts - the line between composer and performer, sound designer, arranger, producer, and other roles - can be quite blurred.

The term "composer" is often used to refer to composers of instrumental music, such as those found in classical, jazz or other forms of art and traditional music. In popular and folk music, the composer is usually called a songwriter, since the music generally takes the form of a song. Since the mid-20th century, the term has expanded to accommodate creators of electroacoustic music, in which composers directly create sonic material in any of the various electronic media. This is distinct from instrumental composition, where the work is represented by a musical score to be interpreted by performers.