The Korean people are an ethnic group originating in the Korean peninsula and Manchuria.[10][11] Koreans are one of the most ethnically and linguistically homogeneous groups in the world.[12]

Koreans are believed to be descendants of peoples of Manchuria, often said to be Altaic-[13][14] or proto-Altaic[15]-speaking tribes, linking them with Mongols, Turkic and Tungusic peoples. Archaeological evidence suggests proto-Koreans were migrants from south-central Siberia,[16] who populated ancient Korea in successive waves from the Neolithic age to the Bronze Age.[17]

Studies of polymorphisms in the human Y-chromosome have so far produced evidence to suggest that the Korean people have a long history as a distinct, mostly endogamous ethnic group, with successive waves of people moving to the peninsula and three major Y-chromosome haplogroups.[18]

Korean males also exhibit a moderate frequency of Haplogroup C3. Haplogroup C3 is thought to be the original inhabitants of the area related to the Nivkh people.

Sung-Soo Hung et al. (Korean:???) of the Department of Biology at Seoul National University found that Mongoloids, including Koreans, were relatively homogenous in 9-bp deletion type of the mtDNA COM/ tRNALys intergenic region and Hung found 16% of Koreans in Seoul (N=175) had this mutation while only 7.8% of Koreans in Cheju (N=38) had this mutation.[28]

A 2010 paper on Korean genetics found that of the East Asians, the Koreans are the most genetically distant from Africans. In the same study, Koreans clustered mostly with the Japanese and Beijing/Jilin northeast Chinese populations; however, a significant number of Koreans were found to form a cluster distinct from the Chinese and Japanese. The authors suggested that this cluster were Koreans with significant Siberian admixture, and it was observed mainly in Koreans from the Gyeongsang regions.[29]

A genetic admixture model reports that central Asian Altaic admixture is prevalent in Koreans, whereas it is relatively absent in Han Chinese from Beijing and in the Japanese.[29] This suggests that the main direction of Altaic gene flow into Northeast Asia was from Central Asia into the Korean peninsula via Manchuria. Jongsun Jung et al. reports that the Koreans from central, west and east regions have the highest amount of central Asian Altaic admixture, whereas Koreans from the southwestern tip of Jeju Island have the least. This is in concordance with the fact that the Korean kingdom of Koguryo was situated in the central and northern parts of the Korean peninsula and Manchuria.

Distinct regional differences, culturally and politically, exist among the Koreans, as they do among other ethnicities.

Within South Korea, the most important regional difference is between the Yeongnam region, embracing Gyeongsangbuk-do and Gyeongsangnam-do provinces in the southeast, and the Honam region, embracing Jeollabuk-do and Jeollanam-do provinces in the southwest. The two regions, separated by the Sobaek Mountains, nurture a rivalry said to reach back to the Three Kingdoms Period, which lasted from the fourth century to the seventh century A.D., when the kingdoms of Goguryeo, Baekje and Silla struggled for control of the peninsula.

Observers noted that interregional marriages are rare, as the two areas have been long separated. As of 1990, a new four-lane highway completed in 1984 between Gwangju and Daegu, the capitals of Jeollanam-do and Gyeongsangbuk-do, had limited success in promoting travel between the two areas.

South Korea's political elite, including presidents Park Chung-hee, Chun Doo-hwan, and Roh Tae-woo, have come largely from the Yeongnam region. As a result, Yeongnam has been a special beneficiary of government development assistance. By contrast, historically the Honam region has remained comparatively rural and undeveloped. Regional social disturbances intensified in the May 1980 Gwangju Democratization Movement or 5.18 Democratization Movement, in which about 200 and perhaps many more college students and citizens of the Gwangju were killed by Chun Doo-hwan's troops. They were sent to quell demonstrations of students and citizens against the government and the military regime. Chun Doo-hwan represented the Gwangju Democratization Movement as if it had been infiltrated by communism by controlling the media. The demonstrations against the military regime occurred all over the country, but only Gwangju was heavily damaged in retaliation. Because the GNP (Grand National Party) stems from the military regime, the people of Honam don't vote for GNP in most elections.

Regional stereotypes, like regional dialects, have been breaking down under the influence of centralized education, nationwide media, and the several decades of population movement since the Korean War. Stereotypes remain important, however, in the eyes of many South Koreans. For example, the people of Gyeonggi-do, surrounding Seoul, are often described as being cultured, and Chungcheong people, inhabiting the region embracing Chungcheongbuk-do and Chungcheongnam-do provinces, are thought to be mild-mannered, manifesting true yangban virtues. The people of Gangwon-do in the northeast were viewed as farmers in a rural, countryside area, while Koreans from the northern provinces of Pyongan, Hwanghae, and Hamgyong, now in North Korea, are perceived as being diligent and aggressive. Jeju-do is known for its strong-minded and independent women.

North Korea and South Korea share a common heritage, but the political division since 1945 has resulted in some divergence of modern culture. 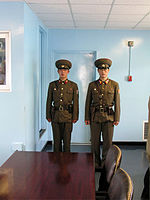 Estimating the size, growth rate, sex ratio, and age structure of North Korea's population has been extremely difficult. Until release of official data in 1989, the 1963 edition of the North Korea Central Yearbook was the last official publication to disclose population figures. After 1963 demographers used varying methods to estimate the population. They either totaled the number of delegates elected to the Supreme People's Assembly (each delegate representing 50,000 people before 1962 and 30,000 people afterward) or relied on official statements that a certain number of persons, or percentage of the population, was engaged in a particular activity. Thus, on the basis of remarks made by President Kim Il Sung in 1977 concerning school attendance, the population that year was calculated at 17.2 million persons. During the 1980s, health statistics, including life expectancy and causes of mortality, were gradually made available to the outside world.

In 1989 the Central Statistics Bureau released demographic data to the United Nations Fund for Population Activities (UNFPA) in order to secure the UNFPA's assistance in holding North Korea's first nationwide census since the establishment of the state in 1948. Although the figures given to the United Nations might have been distorted, it appears that in line with other attempts to open itself to the outside world, the North Korean regime has also opened somewhat in the demographic realm. Although the country lacks trained demographers, accurate data on household registration, migration, and births and deaths are available to North Korean authorities. According to the United States scholar Nicholas Eberstadt and demographer Judith Banister, vital statistics and personal information on residents are kept by agencies on the ri (“village”, the local administrative unit) level in rural areas and the dong (“district” or “block”) level in urban areas. 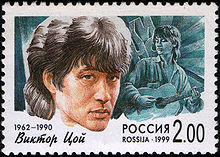 Large-scale emigration from Korea began as early as the mid-1860s, mainly into the Russian Far East and Northeast China; these populations would later grow to nearly three million Koreans in China and several hundred thousand Koryo-saram (ethnic Koreans in Central Asia).[32][33] During the Colonial Korea of 1910–1945, Koreans were often recruited and or forced into labour service to work in mainland Japan, Karafuto Prefecture, and Manchukuo; the ones who chose to remain in Japan at the end of the war became known as Zainichi Koreans, while the roughly 40 thousand who were trapped in Karafuto after the Soviet invasion are typically referred to as Sakhalin Koreans.[34][35] Korean emigration to America was known to have begun as early as 1903, but the Korean American community did not grow to a significant size until after the passage of the Immigration Reform Act of 1965; as of 2007, roughly 2 million Koreans emigrants and people of Korean descent live in the United States.[citation needed]

The Los Angeles and New York City metropolitan areas in the United States contain the largest populations of ethnic Koreans outside of Korea. Significant Korean populations are present in China, Japan, and Canada as well. There are also Korean communities in Latin American countries such as Argentina, Brazil, and Mexico. During the 1990s and 2000s, the number of Koreans in the Philippines and Koreans in Vietnam have also grown significantly.[36][37] Koreans in the United Kingdom now form Western Europe's largest Korean community, albeit still relatively small; Koreans in Germany used to outnumber those in the UK until the late 1990s.

The Korean population in the United States is a small share of the US economy, but it has a disproportionately favorable impact. Korean Americans have a savings rate double that of the average American and also graduate from college at a rate double that of the average American, providing a highly skilled and educated addition to the U.S. workforce. According to the U.S. Census Bureau's Census 2000 data, mean household earnings for Koreans in the U.S. were $59,981, approximately 5.1% higher than the U.S. average of $56,604.[38]