Citizenship of the European Union

Citizenship of the European Union

EU member states use a common passport design, burgundy coloured with the name of the member state, Coat of Arms and the title "European Union" (and/or its translation).

Citizenship of the European Union (EU) was introduced by the Maastricht Treaty (signed in 1992, in force since 1993). European citizenship is supplementary to national citizenship and affords rights such as the right to vote in European elections, the right to free movement and the right to consular protection from other EU states' embassies. 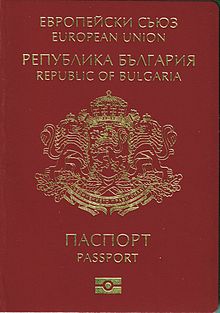 EU member states use a common passport design, burgundy coloured with the name of the member state, Coat of Arms and the title "European Union" (and/or its translation).

Historically, the main benefits of being a citizen of an EU state has been that of free movement. However with the creation of EU citizenship, certain political rights came into being. The Treaty on the Functioning of the European Union[1] provides for citizens to be "directly represented at Union level in the European Parliament", and "to participate in the democratic life of the Union" (Treaty on the European Union, Title II, Article 10). Specifically, the following rights are afforded;

Article 21 Freedom to move and reside

Every citizen of the Union shall have the right to move and reside freely within the territory of the Member States, subject to the limitations and conditions laid down in this Treaty and by the measures adopted to give it effect.

The European Court of Justice has remarked that,

The ECJ has held that this Article confers a directly effective right upon citizens to reside in another Member State.[4][5] Before the case of Baumbast,[5] it was widely assumed that non-economically active citizens had no rights to residence deriving directly from the EU Treaty, only from directives created under the Treaty. In Baumbast, however, the ECJ held that (the then[6]) Article 18 of the EC Treaty granted a generally applicable right to residency, which is limited by secondary legislation, but only where that secondary legislation is proportionate.[7] Member States can distinguish between nationals and Union citizens but only if the provisions satisfy the test of proportionality.[8] Migrant EU citizens have a "legitimate expectation of a limited degree of financial solidarity... having regard to their degree of integration into the host society"[9] Length of time is a particularly important factor when considering the degree of integration.

The ECJ's case law on citizenship has been criticised for subjecting an increasing number of national rules to the proportionality assessment.[8]

Article 45 Freedom of movement to work

1. Freedom of movement for workers shall be secured within the Union.
2. Such freedom of movement shall entail the abolition of any discrimination based on nationality between workers of the Member States as regards employment, remuneration and other conditions of work and employment.

State employment reserved exclusively for nationals varies immensely between member states. For example, training as a barrister in Britain and Ireland is not reserved for nationals, while the corresponding French course qualifies one as a 'juge' and hence can only be taken by French citizens.

It is not unusual, however, for new member states to have to undergo transitional regimes during which their nationals only enjoy restricted access to the labour markets in other member states. This most recently occurred on the 2004 and 2007 enlargements. In the 2004 enlargement three "old" member states—Ireland, Sweden and the United Kingdom—decided to allow unrestricted access to their labour markets. And as of December 2009, all but two member states—Austria and Germany—had completely dropped controls. These restrictions expired on 1 May 2011.[10]

All pre-2004 member states, bar Finland and Sweden, imposed restrictions on Bulgarian and Romanian citizens following the 2007 enlargement, as did two member states that joined in 2004: Malta and Hungary. These restrictions will expire on 1 January 2014.[10]

Much of the existing secondary legislation and case law was consolidated[11] in Directive 2004/38/EC on the right to move and reside freely within the EU.[12]

The Treaty of Accession 2005 of Romania and Bulgaria to the European Union stipulates that the right to residence for nationals of the these two most recent EU members may be limited by member states for the seven years following those countries' accession, i.e. until the end of 2013. On 1st January 2014, the restrictions on these two EU Member States will be lifted permanently.

The concept of EU citizenship as a distinct concept was first introduced by the Maastricht Treaty, and was extended by the Treaty of Amsterdam.[13] Prior to the 1992 Maastricht Treaty, the European Communities treaties provided guarantees for the free movement of economically active persons, but not, generally, for others. The 1951 Treaty of Paris[14] establishing the European Coal and Steel Community established a right to free movement for workers in these industries and the 1957 Treaty of Rome[15] provided for the free movement of workers and services.

However, the Treaty provisions were interpreted by the European Court of Justice not as having a narrow economic purpose, but rather a wider social and economic purpose.[16] In Levin,[17] the Court found that the "freedom to take up employment was important, not just as a means towards the creation of a single market for the benefit of the Member State economies, but as a right for the worker to raise her or his standard of living".[16] Under the ECJ caselaw, the rights of free movement of workers applies regardless of the worker's purpose in taking up employment abroad,[17] to both part-time and full-time work,[17] and whether or not the worker required additional financial assistance from the Member State into which he moves.[18] Since, the ECJ has held[19] that a recipient of service has free movement rights under the treaty and this criterion is easily fulfilled,[20] effectively every national of an EU country within another Member State, whether economically active or not, had a right under Article 12 of the European Community Treaty to non-discrimination even prior to the Maastricht Treaty.[21]

In Martinez Sala,[22] the European Court of Justice held that the citizenship provisions provided substantive free movement rights in addition to those already granted by Community law.

There is no common EU policy on the acquisition of European citizenship as it is supplementary to national citizenship (one cannot be an EU citizen without being a national of a member state). Article 20 (1) of the Treaty on the Functioning of the European Union[1] states that

While nationals of Member States are citizens of the union, "It is for each Member State, having due regard to Community law, to lay down the conditions for the acquisition and loss of nationality."[23]

Denmark obtained four opt-outs from the Maastricht Treaty following the treaty's initial rejection in a 1992 referendum. The opt-outs are outlined in the Edinburgh Agreement and concern the EMU (as above), the Common Security and Defence Policy (CSDP), Justice and Home Affairs (JHA) and the citizenship of the European Union. The citizenship opt-out stated that European citizenship did not replace national citizenship; this opt-out was rendered meaningless when the Amsterdam Treaty adopted the same wording for all members. The policy of recent Danish governments has been to hold referenda to abolish these opt outs, including formally abolishing the citizenship opt out which is still technically active even if redundant.