Debenhams plc is a British retailer operating under a department store format in the UK, Ireland and Denmark, and franchise stores in other countries. The Company was founded in the eighteenth century as a single store in London and has now grown to around 160 shops. It is listed on the London Stock Exchange and is a constituent of the FTSE 250 Index. 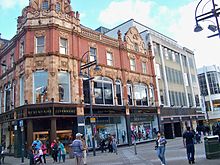 Debenhams on Briggate in Leeds. 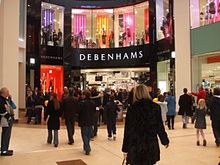 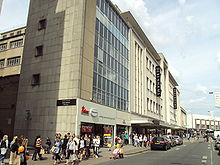 The business was formed in 1778 by Messrs Flint and Clark who began trading at 44 Wigmore Street in London as a drapers' store under the name Flint & Clark.[3] In 1813 William Debenham was made a partner so the name was changed to Clark and Debenham.[3] In 1818 the Company opened a second store in Cheltenham[3] and in 1851 Clement Freebody became a partner so the name was changed again, this time to Debenham & Freebody.[3] The business was incorporated as Debenhams Limited in 1905.[4]

The modern Debenhams group grew from the acquisition of department stores in towns and cities throughout the UK, under the leadership of its Chairman, Ernest Debenham. The first of these purchases, Marshall & Snelgrove at Oxford Street in London, was acquired in 1919.[3] Later purchases included Harvey Nichols in London's Knightsbridge in 1920.[3] Most stores acquired retained their former identities until a unified corporate image was rolled out across the stores. The Company was first listed on the London Stock Exchange in 1928.

In 1976 the Company acquired Browns of Chester – the only store that has retained its pre-acquired identity.[3]

In 1985 the Company was acquired by the Burton group.[3] Debenhams was demerged in 1998 and was once again listed as a separate Company on the London Stock Exchange.[3] It expanded under the leadership of Belinda Earl who was appointed CEO in 2000.[5]

On 4 September 2003,[6] Debenhams opened its largest British store at the new Bull Ring shopping centre in Birmingham, 20 years after it had closed its original Birmingham city centre store due to declining trade.[7] It has also had a store at the Merry Hill Shopping Centre since 4 November 1989. In the West Midlands, it also as a town centre store in Walsall; from 1983 to 1989 this was the company's only store in the region, following the closure of the Birmingham store during 1983 and the Dudley store in January 1981.

The Company was acquired again in late 2003 this time by a private consortium comprising CVC Capital Partners, Texas Pacific Group, Merrill Lynch Global Private Equity and management. The company returned to a listing on the London Stock Exchange in 2006.

In October 2010, the company launched its first iPhone app. The app allows shoppers to shop the online range and barcode scan products in store.[9]

As of February 2010, the company has 153 stores (including 13 'Desire by Debenhams' stores)[2] covering 10.373 million square feet of retail space across the United Kingdom and Ireland.[10] It also has over 40 franchise stores operating in other countries, including the Philippines. 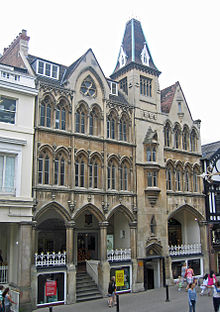 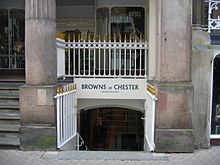 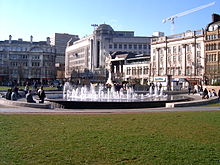 Debenhams occupies the most sites of any of the traditional department store groups in the UK. The majority of the original trading names of the stores, in each of their respective locations, were replaced with the 'Debenhams' name during the 1970s. All department stores in the group now trade as 'Debenhams' except Browns in Chester. New stores are usually located within wider town and regional shopping centre developments. Stores amalgamated into the group include:

In October 2010, Debenhams announced the launch of four new designer names to its fashion range; Jonathan Saunders, Preen, Jonathan Kelsey and Roksanda Ilincic, who will be working with the retailer on a fresh new concept called Edition.[13] 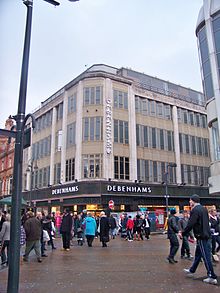