Richard Albert "Dick" Vermeil (pronounced /vərˈmiːl/; born October 30, 1936) is a former American head coach for the National Football League's Philadelphia Eagles (1976–1982), St. Louis Rams (1997–1999) and Kansas City Chiefs (2001–2005). He is in the Sid Gillman coaching tree and has coached at every level; Vermeil owns the distinction of being named “Coach of the Year” on four levels: High School, Junior College, NCAA Division I and Professional Football.

Vermeil graduated in 1959 with an M.A. from San Jose State University, where he was the backup quarterback. After serving as assistant coach for San Jose’s Del Mar High School football team for one season and for Hillsdale High School in nearby San Mateo, he then went to Foothill College with coach Bill Walker. During the 1964-1965 school year he was weightlifting coach at College of San Mateo with his brother as an assistant. The following year he was at Diablo Valley College as a football coach. In 1965-1966, he coached Stanford University's freshman football team. Vermeil was hired as the NFL's first ever Special Teams coach by George Allen's Los Angeles Rams in 1969. Except for 1970, when he was an assistant coach with UCLA, he would remain with the Rams until 1974 when he was named as head coach by UCLA. Vermeil compiled a 15–5–3 record in two seasons (1974–1975) as head coach at UCLA, including a 9–2–1 record in 1975 when Vermeil led the Bruins to their first conference championship in 10 years, and a win in the Rose Bowl over an undefeated and number 1 ranked Ohio State team.

Vermeil began his NFL head coaching career in 1976 with the Philadelphia Eagles. Before his first season, he decided to host open tryouts. In those tryouts, he found WR/SP Vince Papale, who was a great special teamer. His forced fumble against the New York Giants in 1976 led to Vermeil's first win as an Eagle. Due to bad trades by past Eagles coaches, Vermeil did not have a 1st round draft pick until 1978, but Vermeil did big things with the talent he had inherited from previous coaches. He built the Eagles into a winning team by working players very hard during training camp and the off-season. He expected everyone to understand that winning meant hard work and sacrifice.

It took time to make the Eagles a winning team, but by 1978, the Eagles made the playoffs for the first time in 18 seasons. That 1978 season featured breakthrough years by NFL stars Ron Jaworski, Wilbert Montgomery, and one of the greatest games in Eagles history — the seminal Miracle at the Meadowlands. The Eagles were losing to the New York Giants with seconds to play and when the Giants fumbled the ball, Herman Edwards recovered the ball and ran it back for a touchdown for a miraculous 19–17 victory that helped the Eagles and their fans become true believers in Vermeil's optimistic outlook.

Another important part of Vermeil's success in Philadelphia was his success versus the team that Philadelphia fans love to hate - the Dallas Cowboys. The Cowboys were coached by the legendary Tom Landry, and Vermeil's Eagles gave the Cowboys many tough battles. Two victories over Landry's Cowboys endeared Vermeil to Eagles fans.

The first was a Monday Night game versus Dallas in 1979 when rookie kicker Tony Franklin made a 59 yard field goal and Ron Jaworski played a great game to lead the Eagles to a 31–21 victory that was the first Eagles victory in Dallas in over a decade.

The other victory over Landry's Cowboys was the 1980 NFC Championship game that featured a great performance from RB Wilbert Montgomery and the Eagles defense, led by Bill Bergey, John Bunting, and Frank LeMaster. It put the Eagles into the first Super Bowl in franchise history. Even though the Eagles eventually lost the Super Bowl that season, (to Oakland, 27–10), Vermeil had taken the Eagles franchise to heights few had ever dreamed possible when he was first hired in 1976.

He was named the NFL's Coach of the Year in 1980, and led the Eagles into Super Bowl XV after defeating the Dallas Cowboys for the NFC championship. He retired for the first time after the 1982 season citing burnout.

For the next 15 years, Vermeil spent time working as a sports announcer for the likes of CBS and ABC. Vermeil's time with the Eagles is featured in the 2006 movie Invincible in which the movie depicts open-tryouts as how 30-year old Vince Papale made the team. In actuality, Vermeil had seen tape of Papale playing semi-pro ball in Philadelphia and invited him to a workout and a subsequent tryout.

Following the 1994 season, the Eagles fired Rich Kotite and owner Jeffrey Lurie inquired about bringing back Vermeil as coach. However, the Eagles and Vermeil could not come to a contractual agreement. The Eagles would eventually hire Ray Rhodes to be their head coach. Vermeil issued a statement saying, "I'm not going to beg Jeffrey Lurie to coach this football team."

Vermeil returned to coaching with the St. Louis Rams in 1997. His first two years with the Rams were abysmal: the Rams won 5 and lost 11 games in 1997, and the following season they went 4–12. The 1999 season looked to start just as badly, when new starting quarterback Trent Green was injured in the pre-season. However, Green's injury allowed the unknown Kurt Warner to start. Under Warner, the Rams offense exploded, and they finished the 1999 season with a record of 13-3. It was one of the biggest single-year turnarounds in NFL history. Vermeil led the Rams to their first ever Super Bowl victory in Super Bowl XXXIV later that season with a 23-16 win over the Tennessee Titans. He was also named NFL Coach of the Year for the second time for the 1999 season. He walked away from coaching again after the Rams' Super Bowl victory.

Soon after retiring in 2000, Vermeil signed with the Kansas City Chiefs on January 12, 2001 despite his retirement following the Super Bowl win with the Rams. His first season with the Chiefs, the 2001 season, was anything but spectacular. The Chiefs finished a 6–10 record, their worst record since 1988. Vermeil and the Chiefs made some major changes for the 2002 season, where the Chiefs would improve to 8–8. The Chiefs had the NFL's best offense in 2002, led by Priest Holmes, Trent Green, Tony Gonzalez, Dante Hall, and offensive linemen Willie Roaf and Will Shields. In 2003 the Chiefs started the season 9–0 and finished with a 13–3 record, making the playoffs and winning the AFC West. They also had the NFL's top ranked offense for the second straight year. The Chiefs went 7–9 in 2004, even though they had the NFL's top ranked offense for the third consecutive year. The Chiefs performed poorly due to their soft defense, which was ranked 31st out of 32 teams in the league.

Vermeil returned with the Chiefs for the 2005 season with one of the NFL's best offenses, and an improved defense. Vermeil's play calling in 2005 uncharacteristically included more high risk calls. Pro Bowl running back and team leader Priest Holmes suffered a season-ending injury against the San Diego Chargers in the eighth week of the season. However, his injury allowed the emerging Larry Johnson to start in his place. Under Johnson, the Chiefs' offense continued at its usual explosive pace. On December 31, Vermeil announced that he would retire at the conclusion of the 2005 season, and the next day he led the Chiefs to a 37–3 rout over the Cincinnati Bengals. However, the Chiefs failed to make the playoffs, despite their 10–6 record.

Vermeil is remembered for his frequent emotional breakdowns during press conferences, including crying when getting emotional. This display of emotion has helped make him a popular coach among fans. Vermeil lives in the historic Country Club Plaza district of Kansas City. When not in Kansas City, the entire Vermeil family enjoys spending time and working on “The Ranch,” a 114-acre (0.46 km2) homestead located outside Philadelphia in rural Chester County, Pennsylvania. He is also a huge supporter of the Chester County Council Boy Scouts of America and is a recipient of the Silver Beaver Award, which was coincidentally awarded at the same time he was named head coach of the Chiefs in 2001. His annual golf invitational has brought in over $1 million to the Council's operational fund. 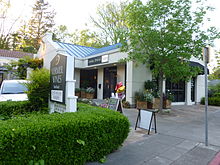 True to his Napa Valley roots, Vermeil partnered with OnTheEdge Winery and produced his own self-proclaimed “Garage Cabernet” wine, named in honor of his father, Jean Louis Vermeil. After football, wine is Vermeil's biggest passion. Vermeil was actually once reprimanded by the NFL when during a game he promised kicker (and fellow wine connoisseur) Morten Andersen a bottle of Bryant Family Vineyards Cabernet Sauvignon if he could kick the game-winning field goal versus Oakland. Andersen made the kick, but upon hearing about the offer, the NFL reminded Vermeil and the Chiefs that the $500 bottle of wine was considered a performance-based incentive bonus not written into Andersen's contract, and the gift was disallowed. Villa di Roma, an Italian restaurant in Philadelphia, named one of its signature dishes “Steak Vermeil” in Vermeil’s honor.

Vermeil and former Redskins head coach Joe Gibbs are close friends. It was under his recommendation that Gibbs hired his former offensive coordinator, Al Saunders as a top assistant coach.

Vermeil was portrayed in the 2006 film Invincible by Greg Kinnear. The film showed Vermeil when he was head coach of Philadelphia and gave Vince Papale an opportunity to play for the Eagles.

A Coors Light commercial featuring manipulated archival footage of Vermeil at a press conference debuted in 2006.

On November 2, 2008, Vermeil was honored by the St. Louis Rams organization with the placing of his name on the "Ring of Honor" around the inside of the Edward Jones Dome in St. Louis.

The 2001 book autobiography Touched: The Jerry Sandusky Story (ISBN 9781582612706) includes a quote in a forward[1] from Vermeil: "He could very well be the Will Rogers of the coaching profession."[2] In 2011 former Penn State defensive coach Sandusky was arrested on 40 counts of child sexual abuse. A 2011 account about the book said "Sandusky paints a picture of himself as someone who would consistently take risks in pursuit of what he often refers to as 'mischief'" and there are many other citations and quotes which look "different in light of the horrendous allegations".[3] After the indictment and the firing of Joe Paterno (Sandusky's long-time immediate boss) and PSU president Graham B. Spanier, it was reported that Vermeil on November 8, 2011, "told [Philadelphia] Action News, 'I don’t think there’s anything that could discolor the quality of Joe Paterno’s legacy.'"[4] Vermeil also served on the Honorary Board of Sandusky's Second Mile children's foundation, along with Philadelphia Eagles coach Andy Reid, Matt Millen from ESPN, actor Mark Wahlberg and football player Franco Harris, among others.[5]. It was reported on November 11, 2011, that Vermeil hadn't "spoken to [Sandusky] since the scandal broke. 'It's a blindside,' Vermeil said. 'That's all I can say.' 'If it's true, he's a sick man. He had an illness none of us knew about. That's all.'"[1]