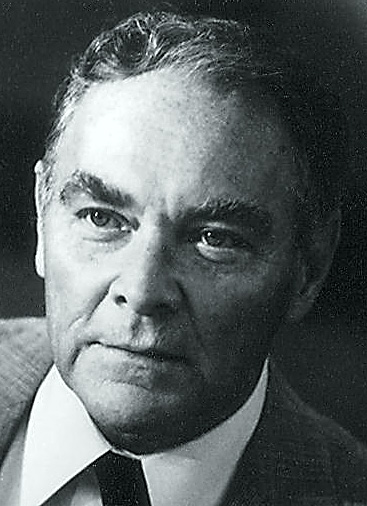 Alexander Meigs Haig, Jr. (born December 2, 1924) is a retired four-star in the who served as the U.S. Secretary of State under President and under Presidents and .

Haig attended in Philadelphia and graduated from in . He then went to the for one year, before transferring to and graduating from in 1947. He studied at in 1954 and 1955. He also received a Masters degree in from in 1961, where his thesis focused on the role of the military officer in the making of national policy.

erves with MacArthur; heroism in Korea

As a young officer, Haig served on the staff of General in . In the early days of the , Haig was responsible for maintaining General MacArthur's situation map and briefing MacArthur each evening on the day's battlefield events.

On May 22, 1967, Lieutenant Colonel Haig was awarded the Distinguished Service Cross, the nation's second highest medal for heroism, by General as a result of his actions during the battle of Ap Gu in March 1967.

"When two of his companies were engaged by a large hostile force, Colonel Haig landed amid a hail of fire, personally took charge of the units, called for artillery and air fire support and succeeded in soundly defeating the insurgent force...the next day a barrage of 400 rounds was fired by the Viet Cong, but it was ineffective because of the warning and preparations by Colonel Haig. As the barrage subsided, a force three times larger than his began a series of human wave assaults on the camp. Heedless of the danger himself, Colonel Haig repeatedly braved intense hostile fire to survey the battlefield. His personal courage and determination, and his skillful employment of every defense and support tactic possible, inspired his men to fight with previously unimagined power. Although his force was outnumbered three to one, Colonel Haig succeeded in inflicting 592 casualties on the Viet Cong..." (HQ US Army, Vietnam, General Orders No. 2318 (May 22, 1967)

Haig was also awarded the Distinguished Flying Cross and the during his tour in Vietnam. Haig was eventually promoted to Colonel, and became a brigade commander of the in Vietnam.

Alexander Haig returned to the continental United States at the end of his one-year tour, to become Regimental Commander of the Third Regiment of the Corps of Cadets at the USMA, , under the also newly-arrived Commandant, Brigadier General . (Both had served together in the 1st Infantry Division, Rogers as Assistant Division Commander and Haig as Brigade Commander.) In 1969, he was appointed as Military Assistant to the Presidential Assistant for National Security Affairs, , a position he retained until 1970, when President promoted Haig to Deputy Assistant to the President for National Security Affairs. In this position, Haig helped ese President to negotiate the final cease-fire talks in 1972. Haig continued in this position until 1973, when he was appointed to be Vice Chief of Staff of the Army, a post he held until the last few months of President Nixon’s presidency, when he served as .

Alexander Haig served as during the height of the Watergate affair from May 1973 until September 1974, taking over the position from , who resigned on April 30, 1973, while under pressure from Watergate prosecutors.

Haig played a large "crisis management" role as the Watergate scandal unfolded. Haig has been largely credited with keeping the government running while President Nixon was preoccupied with Watergate. Haig also played an instrumental role in finally persuading Nixon to resign. In his 2001 book "Shadow," author describes Haig's role as the point man between Nixon and then Vice President during the final days of Watergate. According to the book, Haig played a major behind-the-scenes role in the delicate negotiations of the transfer of power from President Nixon to President Ford.

Haig remained during the early days of the Ford Administration until replaced him in September 1974. By that time, Ford, in a highly controversial move, had pardoned Nixon for any crimes he may have committed as president. Author Roger Morris, a former colleague of Haig's on the , early in Nixon's first term, wrote in his book "Haig: The General's Progress", that when Ford pardoned Nixon, he in effect pardoned Haig as well. Haig had been a persistent solicitor of clemency for Nixon. ["Haig: The General's Progress", by , "" Press, 1982, p. 320-325.]

Haig served as the (SACEUR), and , (CinCUSEUR), the Commander of NATO forces in Europe, from 1974 to 1979. An attempt on Haig was unsuccessful in , on June 25, 1979. During the attack, a land mine blew up under the bridge on which Haig's car was traveling, narrowly missing Haig's car but wounding three of his bodyguards in a following car.

Alexander Haig, as a four-star general, retired from the Army in 1979, and moved on to civilian employment. In 1979, he became President, Chief Executive Officer (CEO), and Director of , Inc., a job he retained until 1981.

1981-82: Secretary of State for President Reagan

In January 1981, Haig was tapped by President to be , and he began confirmation hearings before the U.S. . Much of the hearing focused on Haig's role during . Haig was confirmed by a Senate vote of 93-6.

In 1981, after the March 30 assassination attempt on Reagan, Haig asserted before reporters "I'm in control here" as a result of Reagan's hospitalization.Rather than being seen as an attempt to allay the nation's fear, the quotation became seen as an attempt by Haig to exceed his authority.Fact|date=June 2007

Haig was incorrect in his interpretation of the concerning both the presidential line of succession and the 25th Amendment, which dictates what happens when a president is incapacitated. The holders of the two offices between the Vice President and the Secretary of State, the Speaker of the House (at the time, ) and the President pro tempore of the Senate (at the time, ), would be required under U.S. law (UnitedStatesCode|3|19) to resign their positions in order for either of them to become acting President. This was an unlikely event considering that Vice-President Bush was merely not immediately available. Haig's statement reflected political reality, if not necessarily legal reality. Haig later said,

In April 1982 Haig conducted between the governments of in and the in after Argentina invaded the . Negotiations broke down and Haig returned to Washington on April 19. The British then entered the war zone.

Al Haig's report to US president on Saturday January 30, 1982, shows that Al Haig feared that the Israelis might, at the slightest provocation, start a war against Lebanon. [Ronald Reagan edited by Douglas Brinkley (2007) "The Reagan Diaries" Harper Collins ISBN 978-0-06-0876005 p 66 Saturday, January 30]

Haig critics have accused him of "greenlighting" the Israeli Invasion of Lebanon in June of 1982. Haig denies this and says he urged restraint.

Haig resigned abruptly in July 1982. His desire to be the so-called "vicar" of American foreign policy, in emulation of his mentor , did not mesh well with Ronald Reagan, who had his own ideas about foreign policy. It was also said that Reagan's wife, First Lady did not like him.Fact|date=June 2007 A military hawk, Haig caused some alarm with his suggestion that a "nuclear warning shot" in Europe might be effective in deterring the . [Waller, Douglas C. "Congress and the Nuclear Freeze: An Inside Look at the Politics of a Mass Movement", 1987. Page 19.] His tenure as Secretary of State was often characterized by his clashes with the more moderate Defense Secretary, .

Haig unsuccessfully ran for the Republican Party nomination for President in 1988. He was a fierce critic of the more moderate , and speculation was that he sought the Presidency in part because of that. When he withdrew from the race, he gave his support to the presidential campaign of Senator of .

Haig was the host for several years of the television program "". He now hosts 21st Century Business, with each program a weekly business education forum that includes business solutions, expert interview, commentary and field reports.Fact|date=April 2007 Haig is co-chairman of the American Committee for Peace in the Caucasus, along with and . Haig is a member of the (WINEP) Board of Advisors. Haig was a founding Board Member of .Fact|date=April 2007 On January 5, 2006, Haig participated in a meeting at the of former Secretaries of Defense and State to discuss United States foreign policy with Bush administration officials.Fact|date=April 2007 On May 12, 2006, Haig participated in a second meeting with 10 former Secretaries of State and Defense. The meeting including briefings by and , and was followed by a discussion with President .

Alexander Haig is the father of author .Fact|date=April 2007 Haig's brother, Frank, is a priest. He served as seventh president of in , and is now teaching at . Haig's older sister; Regina Haig Meredith is a practicing Attorney licensed in Pennsylvania, and New Jersey co-founding Partner of the firm Meredith, Meredith, Chase and Taggart, located in Princeton and Trenton, New Jersey.

Haig has been portrayed by the following actors in film and television productions:

The punk band refer to Haig in the song "We've Got A Bigger Problem Now".

*"Dress Grey", by Lucian K. Truscott IV, 1978, 0385134754. Truscott, scion of a longtime military family (his grandfather Jr. was an important general), was a cadet at during Haig's late 1960s stint there; this book is a , in which a thinly-disguised Haig is portrayed as a central character in a murder and cover-up mystery at West Point. Truscott had earlier (1974) spoken out in "", about problems at West Point.
*"Haig: The General's Progress", by , "" Press, 1982, 0872237532. Morris, a respected author, was a colleague of Haig's on the , early in President 's first term. Morris presents important material on Haig's early life and Army career, as well as deeper and darker material than the party line, on the often seamy dealings of the Nixon , including .
*"The Price of Power: Kissinger in the Nixon White House", by , Summit Books, , 1983, 0671506889. The book focuses on U.S. foreign policy, directed mainly from the White House by Nixon and , during Nixon's first term; since Haig eventually became Kissinger's deputy during that era, there is also plenty of material on Haig here, often at variance with the official, sanitized versions.

* [http://www.cbsnews.com/stories/2001/04/23/60II/main287292.shtml The Day Reagan was Shot] article on Haig
* [http://www.colorado.edu/conflict/peace/example/wynd7306.htm The Falklands: Failure of a Mission] critique of Haig's mediation efforts
* [http://sargentportraits.com/military/haig2.htm Portrait of Haig by Margaret Holland Sargent]