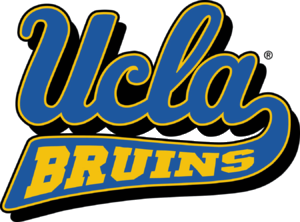 The Rose Bowl is a located in with an official capacity of 92,542. It has been the home football field for the UCLA Bruins since the 1982 season. The Bruins had played their home games at the , which is also the home of the rival USC Trojans, beginning in 1928. As the Coliseum is located across the street from (UCLA's rival) the USC campus, Bruin officials long sought to move out from under the Trojan's shadow. An on campus facility was discussed, but UCLA's location is not conducive to adequate traffic flow, and the campus lacks room for sufficient parking. In addition, the Coliseum already was constructed by and is a facility of the State of California. When the became the Los Angeles Raiders, in 1982, and after arduous negotiations with the city of Pasadena, UCLA decided to move out of the Coliseum, relocating its home games to the Rose Bowl Stadium. [ [http://www.uclahistoryproject.ucla.edu/Fun/ThisMonth_AugRosebowl.asp UCLA History Project - This Month in History Aug. 18, 1982 … A gridiron home] - includes a photograph of the 1983 Rose Bowl game from an overhead shot] UCLA has participated in five Rose Bowl games since moving to the stadium, including the at the end of the Bruins' first season there.

The UCLA athletic colors are "True Blue" and gold. The "True Blue" is a slightly darker shade than the previous powder blue worn by teams. The shade was developed by the UCLA athletic department and for the 2003 school year. [ [http://www.identity.ucla.edu/graphicstandards/UCLAStandardsManual0904.pdf UCLA Graphic Standards Manual] (PDF)]

In the early days of the school, UCLA had the same colors as the University of California, navy blue and gold. The colors represent blue for the ocean, and gold for the , "The Golden State" motto, and sunsets. [ [http://www.uclahistoryproject.ucla.edu/Traditions/Home.asp UCLA History Project: UCLA Traditions; School colors] ]

When coach Red Sanders came to UCLA for the 1949 season he redesigned the football uniforms. The navy blue was changed to a lighter shade of blue. Sanders figured that the baby blue would look better on the field and in film. He would dub the baby blue uniform "Powderkeg blue", powder blue with an explosive kick. [ [http://www.powderkegblue.com/ "Powder Keg Blue"] ] For the 1954 season, Sanders added a the now familiar loop on the shoulders, the UCLA Stripe, to give an impression of motion. [UCLA football Media guide] The away uniforms became white, with a navy blue and gold shoulder stripe and gold pants. The helmets became gold.

In 2003, the True Blue colors were adopted. The away uniforms got true blue shoulder stripes and numbers in 2006. [Adam Foxman [http://www.dailybruin.ucla.edu/archives/id/24773/ In with the TRUE blue] ; Athletics aims to raise recognition, revenue with new color. UCLA Daily Bruin. Monday, August 25, 2003]