The city stands on the Marne River and is situated on the railway linking Paris and Basel, which runs over a 52 m tall and 600 m long viaduct built in 1856.

Historically the seat of the Counts of Bassigny and later of Champagne, Chaumont was the venue of an offensive treaty against Napoleon I signed by the United Kingdom, Austria, Prussia, and Russia in 1814. Chaumont was bombed in 1940 and 1944 during World War II. From 1951 to 1967, the United States Air Force under NATO operated the Chaumont-Semoutiers Air Base on the outskirts of the city.

Chaumont is twinned with: 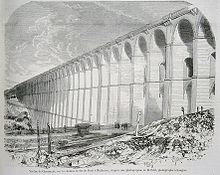