Hérault (French pronunciation: [eʁo]; Occitan: Erau) is a department in the south of France named after the Hérault river.

Hérault is one of the original 83 departments created during the French Revolution on 4 March 1790. It was created from part of the former province of Languedoc.

At the beginning of the 20th century, viticulture in the region was devastated by a slump in sales combined with disease affecting the vines, and thousands of small scale producers revolted. This revolt was suppressed very harshly by the government of Georges Clemenceau.

The catastrophic frost of the winter of 1956 damaged the olive trees, and the olive-growing regions did not recover until the late 1980s. Many of the olive-industry co-ops closed.

During the second half of the twentieth century the Montpellier basin underwent one of the most rapid population increases experienced anywhere in France.

Hérault is part of the current region of Languedoc-Roussillon and is surrounded by the departments of Aude, Tarn, Aveyron, Gard, and the Mediterranean (Gulf of Lion) on the south.

The department is very geographically diverse, with beaches in the south, the Cévennes mountains in the north, and agricultural land in between.

The important rivers are:

The area of Hérault near the town of Lodève is an antipode point with Chatham Island, off the east coast of New Zealand. 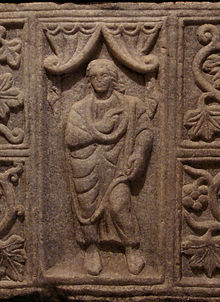 The President of the General Council is André Vezinhet of the Socialist Party.

The inhabitants of the department are called Héraultais.

The Canal du Midi has been designated as a World Heritage Site by UNESCO.

The Mediterranean beaches are a major attraction, as well as the caves of Clamouse and Demoiselles.

Part of Cap d'Agde is a major nudist resort.