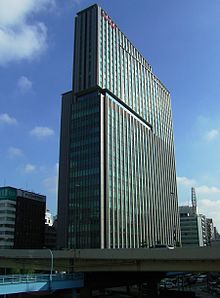 Ricoh Company, Ltd. (株式会社リコー, Kabushiki-gaisha Rikō?) (TYO: 7752) or Ricoh, is a Japanese company that was established in 1936 on February 6th, as Riken Sensitized Paper (理研感光紙, Riken Kankōshi?), a company in the RIKEN zaibatsu. Its headquarters is located in Ricoh Building in Chūō, Tokyo.[1]

Ricoh produces electronic products, primarily cameras and office equipment such as printers, photocopiers, fax machines, and offers Software as a Service (SaaS) document management solutions such as DocumentMall. In the late 1990s through early 2000s, the company grew to become the largest copier manufacturer in the world. During this time, Ricoh acquired Savin, Gestetner, Lanier, Rex-Rotary, Monroe, Nashuatec, and most recently IKON. Although the Monroe brand was discontinued, products continue to be marketed worldwide under the remaining brand names. In 2006, Ricoh acquired the European operations of Danka for $210 million. These operations continue as a stand alone business unit, under the Infotec brand.

The company was founded in 1936. Before relocating to Chūō, Ricoh was first in Minato, Tokyo.[2] In 2006 Ricoh's headquarters moved to the Ricoh Building, a 25-story building in the Ginza area in Chūō; there it occupies the same space as its sales offices.[3]

Throughout the late 1980s and early 1990s, Ricoh was the primary manufacturer of Pitney-Bowes copiers. They have also manufactured copiers for Toshiba, fax machines for AT&T and Omnifax, as well as a wide variety of equipment for numerous other companies including duplicators for AB Dick.

In 2003 Ricoh bought naming rights to the CNE Coliseum (now known as Ricoh Coliseum) in Toronto.

On January 25, 2007, Ricoh announced purchase of IBM Printing Systems Division for $725 million and investment in a 3-year joint venture to form the new Ricoh subsidiary, InfoPrint Solutions Company, with a 51% share.

On August 27, 2008, Ricoh announced its intentions of acquiring IKON Office Solutions for $1.6 billion and later that year, on November 1, Ricoh completed the acquisition.[4][5]

The Ricoh Group has sales and support, production, and research and development operations in nearly 180 countries under its regional headquarters in Japan, the Americas, Europe, China, and the Asia-Pacific.

In November 2006, Ricoh announced the integration of the head office of Ricoh Europe B.V. (REBV) in Amstelveen, Netherlands, with NRG's European headquarters in London, United Kingdom. This was completed on April 1, with the former NRG HQ in London becoming the Strategic HQ and the former REBV HQ in Amstelveen becoming the Operational HQ. This mirrors a similar process which took place in the US with Lanier and Ricoh USA.

This integration was the first step in integration within each country in Europe. A single country organisation was created in Austria on July 1, 2007, the UK integration being currently in process and integration also taking place in Belgium, France, Germany, Italy, the Netherlands and Spain.

Intent to buy Pentax from Hoya

On July 1, 2011, Japanese optical glass-maker Hoya announced that it would sell its Pentax camera business to copier and printer maker Ricoh, in a deal the Nikkei business daily said was worth about 10 billion yen ($124.2 million). [9] 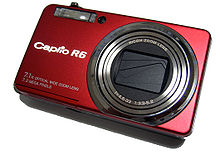 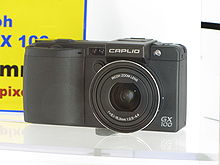 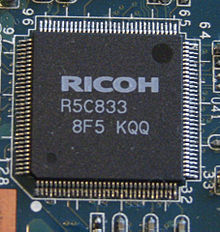 The following is a partial list of products marketed to the public under the Ricoh brand. 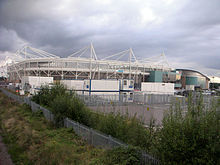